World War II resulted in Europe being conquered, not by Berlin but by Washington.

The conquest was certain but not all at once. Washington’s conquest of Europe resulted from the Marshall Plan, from fears of Stalin’s Red Army that caused Europe to rely on Washington’s protection and to subordinate Europe’s militaries to Washington in NATO, from the replacement of the British pound as world reserve currency with the US dollar, and from the long process of the subordination of the sovereignty of individual European countries to the European Union, a CIA initiative implemented by Washington in order to control all of Europe by controlling only one unaccountable government.

With few exceptions, principally the UK, membership in the EU also meant loss of financial independence. As only the European Central Bank, an EU institution, can create euros, those countries so foolish as to accept the euro as their currency no longer have the power to create their own money in order to finance budget deficits.

The countries that joined the euro must rely on private banks to finance their deficits. The result of this is that over-indebted countries can no longer pay their debts by creating money or expect their debts to be written down to levels that they can service. Instead, Greece, Portugal, Latvia, and Ireland were looted by the private banks.

The EU forced the pseudo-governments of these countries to pay the northern European private banks by suppressing the living standards of their populations and by privatizing public assets at pennies on the dollar. Thus retirement pensions, public employment, education and health services have been cut and the money redirected to private banks. Municipal water companies have been privatized with the result being higher water bills. And so on.

As there is no reward, only punishment, for being a member of the EU, why did governments, despite the expressed wishes of their peoples, join?

Some years ago CIA documents proving that the EU was a CIA initiative were released. See: http://www.telegraph.co.uk/news/worldnews/europe/1356047/Euro-federalists-financed-by-US-spy-chiefs.html and http://benwilliamslibrary.com/blog/?p=5080

In the 1970s my Ph.D. dissertation chairman, then a very high-ranking official in Washington with control over international security affairs, asked me to undertake a sensitive mission abroad. I refused. Nevertheless, he answered my question: “How does Washington get foreign countries to do what Washington wants?”

“Money,” he said. “We give their leaders bagfuls of money. They belong to us.”

The record is clear that the EU serves the interests of Washington, not the interests of Europe. For example, the French people and government are opposed to GMOs, but the EU permits a “precautionary market authorization” of GMO introduction, relying perhaps on the “scientific findings” of the scientists on Monsanto’s payroll. When the US state of Vermont passed a law requiring labeling of GMO foods, Monsanto sued the state of Vermont. Once the paid-off EU officials sign the TTIP agreement written by US global corporations, Monsanto will take over European agriculture.

But the danger to Europe goes far beyond the health of European peoples who will be forced to dine on poisonous foods. Washington is using the EU to force Europeans into conflict with Russia, a powerful nuclear power capable of destroying all of Europe and all of the United States in a few minutes.

This is happening because the paid-off with “bagfuls of money” European “leaders” had rather have Washington’s money in the short-run than for Europeans to live in the long-run.

It is not possible that any European politician is sufficiently moronic to believe that Russia invaded Ukraine, that Russia any moment will invade Poland and the Baltic states, or that Putin is a “new Hitler” scheming to reconstruct the Soviet Empire. These absurd allegations are nothing but Washington propaganda devoid entirely of truth. Washington’s propaganda is completely transparent. Not even an idiot could believe it.

Yet the EU goes along with the propaganda, as does NATO.

Why? The answer is Washington’s money. The EU and NATO are utterly corrupt. They are Washington’s well paid whores.

The only way Europeans can prevent a nuclear World War III and continue to live and to enjoy what remains of their culture that the Americans have not destroyed with America’s culture of sex and violence and greed, is for the European governments to follow the lead of the English and exit the CIA-created European Union. And exit NATO, the purpose of which evaporated with the collapse of the Soviet Union, and which is now being used as an instrument of Washington’s World Hegemony.

Why do Europeans want to support Washington when Washington’s high officials, such as Victoria Nuland, say “Fuck the EU.”

Europeans are already suffering from the economic sanctions that their overlord in Washington forced them to apply to Russia and Iran. Why do Europeans want to be destroyed by war with Russia? Do Europeans have a death wish? Have Europeans been Americanized and no longer appreciate the historic accumulation of artistic and architectural beauty, literature and music achievements of which their countries are custodians?

The answer is that it makes no difference whatsoever what Europeans think, because Washington has set up a government for them that is totally independent of their wishes. The EU government is accountable only to Washington’s money. A few people capable of issuing edicts are on Washington’s payroll. The entire peoples of Europe are Washington’s serfs.

Therefore, if Europeans remain the gullible, insouciant, and stupid peoples that they currently are, they are doomed, along with the rest of us. 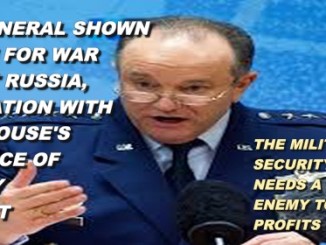 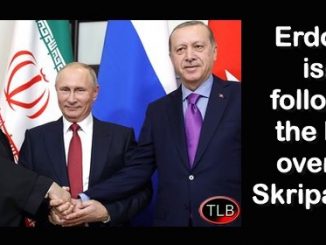 1 Comment on Is Europe Doomed By Vassalage To Washington? — Paul Craig Roberts