In Freiberg, Germany, an international conference was held at the invitation of the Saxon AfD branch to discuss initiatives against the economic blockade of Russia via sanctions.

In February, AfD leader, Frauke Petry (pictured) had traveled to Moscow to “speak at the invitation of the district government of Moscow about cooperation with the Landtags of the federal [German] states”. 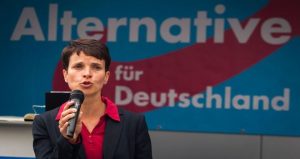 In the Saxon mining town of Freiberg, the deputy chairman of the Foreign Committee in the Russian Duma, Alexander Yushchenko was one of the speakers. In addition to prominent AfD representatives, other European politicians of patriotic partner parties were also present.

Among the members of the Austrian FPÖ were Detlef Wimmer, Federal Councilor Hans-Jörg Jenewein and Wolfgang Jung, Vienna’s parliamentarian. Frank Creyelman from the Belgian Vlaams Belang, who served as an election observer during the Crimean referendum in 2014, and the Italian Lega Nord’s Fabrizio Ricca and Gianluca Savoini were invited. Savoini is chairman of a Pro-Russian association in Italy, the “Associazione Culturale Lombardia Russia”. 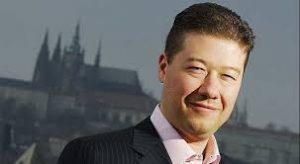 The chairman of the Czech party “Freedom and Direct Democracy”, Tomio Okamura (pictured) and Romanian MEP Laurentiu Rebega from the patriotic ENF Group, were also guests.

Jenewein pointed out that sanctions had had serious economic consequences for Austria: Some 50,000 jobs had depended on trade between the two countries. He also criticized the EU’s extremely cynical attitude towards Russia on human rights issues, which were repeatedly called a justification for the sanctions. He said while the EU had no problem negotiating and concluding agreements with a questionable state such as Turkey, they continually pointed fingers at Russia. “And then we allow ourselves to preach to Russia on how to regulate its own internal affairs. This is extremely cynical,” Jenewein said. 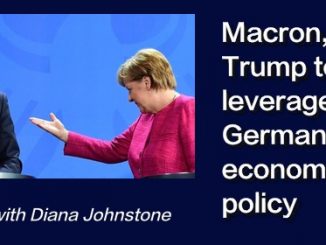 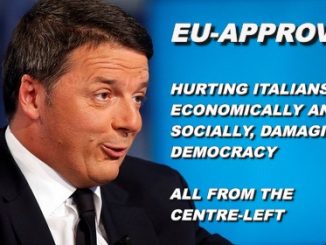