ER Editor: The French medicines agency (ANSM) has refused a temporary authorization to dispense hydroxychloroquine for the treatment of Covid-19. In turn, Professor Didier Raoult has launched criminal proceedings against it, while appealing to the Conseil d’Etat (council of state).

Sanofi Laboratory, meanwhile, has told the health minister, Olivier Veran (a very politicized doctor who dislikes Raoult), that it cannot supply enough HCQ, so Raoult is requesting Veran open up the market to other HCQ manufacturers to make up the shortfall. This, with the criminal proceedings in the works based on the charge of failing to provide HCQ which endangers the lives of patients. Which leaves Veran open to this charge, too.

Hydroxychloroquine, following Sanofi’s refusal, Didier Raoult asked the Minister for the possibility of opening the market

Last week, Professor Raoult decided to attack the director of the National Agency of Health and Medicines in criminal proceedings for non-assistance to a person in danger and is appealing to the Council of State following the refusal of the ANSM to give a temporary authorization of use for hydroxychloroquine as a treatment in the context of Covid-19. (ER: ANSM is the French medicines agency)

Yesterday, Sanofi wrote to the Minister of Health putting the supply decision in the hands of Minister Olivier Véran. The President of Sanofi France states:

“Thus, apart from any official recommendation that could, if necessary, emanate from your Ministry regarding the off-label use of our specialty Plaquenil® as part of the treatment of Covid-19, I would like to inform you that it is impossible for us to follow up on orders for AP-HM in quantities that are always significant, in order to preserve the interest and safety of patients but also to protect our laboratory.”
“In a debate that does not fall within our sphere of decision as a company operating in this specialty, I wish today to defer to the wisdom of the Government and more specifically to that of your Ministry, the only legitimate one to decide this delicate issue.”

Today, it was the IHU (ER: Prof. Raoult’s hospital department in Marseille) and Professor Raoult who wrote to the Minister on this subject, asking him to open up the hydroxychloroquine market to international competition, highlighting the harm to the treatment of patients.

Following the ANSM’s refusal to grant our request for RTU (ER: temporary authorization of use), the President of Sanofi France, in his letter dated October 30, asked you to take a position on the off-label use of its PLAQUENIL® specialty in the context of the treatment of COVID-19. Since then, the laboratory has refused to follow up on orders placed by our central pharmacy, and our patients no longer have access to treatment.

This refusal of sale by the Sanofi laboratory is detrimental to our patients and we are asking you for authorization to open the hydroxychloroquine market to international competition (Novartis, Sandoz, Mylan…).

We are waiting for your answer to start the necessary regulatory steps to import this specialty. Yours sincerely “.

The decision is thus only on the refusal of the RTU which was brought by the IHU and its lawyer di Vizio before the Council of State, but the Minister will now have to decide whether he accepts the opening of the hydroxychloroquine market to the international market.

Accepting would allow the IHU to continue treating patients as it has done since the beginning. A refusal would surely be an additional piece of evidence in the context of the referral file to the Council of State. In any case, having been the subject of a search, the Minister should cautiously refer the matter to the various health authorities and the Scientific Committee, in the context of this issue which requires an important and urgent decision because the lives of patients could be endangered.

A pre-publication published today on the MedRixv website, by medical researchers from the University of Sao Paolo in Brazil and Brown University in the United States, could be useful:

For every 1,000 Covid-19 positive cases, early detection and early pharmacological approaches resulted in a minimum of 140 patients not being hospitalized (p < 0.0001), 50 not being mechanically ventilated, and five (5) deaths avoided, taking into consideration age, gender and co-morbidities with patients of similar disease severity at the time of diagnosis.

The authors conclude that the apparent benefits of combining early detection and early pharmacological approaches for COVID-19 have been shown to have a favourable effect compared to different control groups of untreated patients. The potential benefits could allow a large number of patients prevented from being hospitalized, dying and having persistent symptoms after remission of COVID-19. The potential impact on the disease course of COVID-19 and the number of negative results and well-established safety profile of the drugs proposed by the pre-AndroCoV trial have led to ethical questions regarding the conduct of other randomized placebo-controlled clinical trials (RCTs) for the first Covid-19. Initial pharmacological approaches, including azithromycin in combination with one of the options of nitazoxanide, ivermectin or possibly hydroxychloroquine, should be considered for those who have been diagnosed with Covid-19 with less than seven days of symptoms. Of the three drugs, we have chosen nitazoxanide because of a broader demonstration of antiviral activity in vitro and in vivo, proven efficacy against other viruses in humans, and a more stable safety profile.

This prepublication would show that it avoids saturating emergency departments and also avoids death (at higher rates than the “2 Scientific Councils” which give 3% going to hospital, 0.3% in emergency and 0.01% mortality). In other words, a dual therapy (azithromycin + hydroxychloroquine or ivermectin or nitazoxanide) avoids even more severe cases of going to resuscitation.

Decades of Laissez-faire in Europe, aka the Destruction of the Middle Class 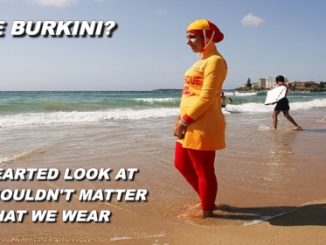