Here is a map of the Turkstream pipeline from which Hungary gets its gas: 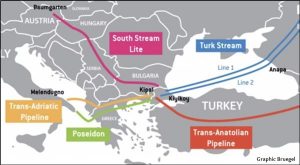 While the European Union is seeking to reduce its dependence on Russian gas, Hungary, contrary to the policy desired by the Commission, has announced an agreement with Russia which will allow it to increase its gas supply in anticipation of a winter which does not look auspicious in terms of energy.

While the European Union is trying to get rid of Russian gas as quickly as possible at the risk of incurring energy shortages this winter, EU member Hungary is taking the opposite path. Also, on Saturday, the Hungarian Ministry of Foreign Affairs announced the conclusion of an “agreement” which would allow Budapest to have more Russian gas delivered than the quantities initially provided for in the contract signed with the giant Gazprom, via the Turkstream gas pipeline. which supplies Hungary via Serbia.

“It is the duty of the Hungarian government to ensure a secure gas supply for the country, and we are up to it,” said Tamas Menczer, a senior ministry official, on Facebook, who said that until the end of August, another 2.6 million cubic meters will arrive daily via Turkstream. Regarding the month of November, negotiations are underway, he also indicated.

In July, the Hungarian Foreign Minister, Peter Szijjarto, went to Moscow to negotiate the delivery of an additional 700 million cubic meters, which would come on top of the 4.5 billion delivered each year to Budapest before the conflict in Ukraine.

85% dependent on Russian gas, Hungary is fiercely opposed to any European sanctions on energy.

Hungary fears the arrival of the “heating period”

“If we look at the situation on the market, it is clear – whether we like it or not, whether we like it or not – that without Russia’s resources it is impossible to obtain an additional 700 million cubic meters of gas. We can dream, we can have illusions, but physical reality remains physical reality. Without Russian resources, it is simply impossible to buy such an additional quantity of gas in Europe”, declared the head of Hungarian diplomacy during his visit to Moscow, saying that he feared the arrival of the “ heating period ”.

“Europe must prepare for a total disruption of its Russian gas supply. This is why the Member States have agreed to reduce their gas demand by 15% between August 1 and March 31, ” the European Commission explained on Twitter on August 7, accusing Russia of using gas to put pressure on Europe.

This Hungarian announcement comes as a text of the European Union, which entered into force on August 5, provides that each Member State will do “everything possible” to reduce, between August 2022 and March 2023, its gas consumption by at least 15% compared to the average of the last five years over the same period. 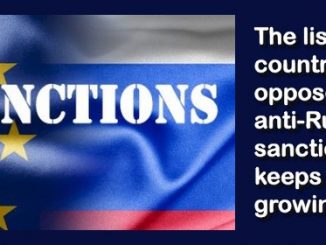 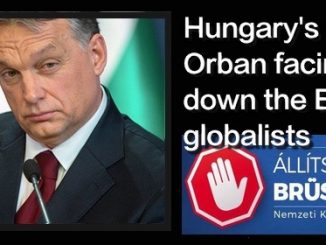