ER Editor: Readers may also be interested in this Italian article by Andrea Cionci (browsers will translate) upon which the Gefira article below is closely based. See

Cionci subtitles his piece with this: ‘The projects of international Freemasonry finally made explicit’

Giuliano di Bernardo or how the Freemasons want to dismantle democracies 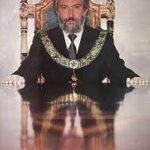 If you are confused in these difficult times, if you no longer know what and whom to believe in, then numerous, modern gurus come to your aid. One of them is the Great Master of the Grand Orient, Professor of Philosophy Giuliano di Bernardo. It is one of those people who, like Klaus Schwab, Bill Gates, Greta Thunberg or Yuval Noah Harari, already know our future and have ready-made solutions for all of humanity’s problems.

The public became aware of the professor from Trento during the pandemic period when he said:

Freemasonry is a mixture of occult philosophy, hermeticism, Christian Kabbalah, magic, alchemy, ideas of the Rosicrucians, and as such does not seem to fit into the modern world. Freemasons consistently develop their ideas in their think tanks and to them belong and have belonged the most powerful of this world: kings and nobles, presidents and politicians, writers and artists, scientists and charlatans. 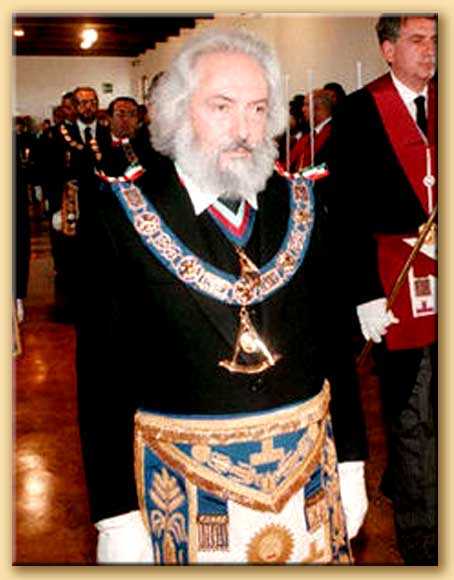 Di Bernardo reveals in numerous interviews2 3 and his publications the views of the modern Italian Lodge, which works closely with the oldest and most powerful, the English. He believes that globalization cannot be stopped, that it is driven by science and that science is constantly evolving. The more science develops, the more globalization.

And then, for di Bernardo, the question is: Who will rule this world? The world population, united into one society through globalization, should be ruled by “ONE” God, a person who leads ONE government. In our present time we already have a small anticipation of the world government of the ONE: China. Di Bernardo admires the Chinese model because there is already ONE God governing 1.4 billion, thanks to a practical philosophy rather than a religion – Confucianism. The Italian neo-Marxist, however, does not believe in a God in the religious sense; he always uses the word God in reference to someone who is not elected from among the elites. His belief in science, on the other hand, borrowed from the Enlightenment, is immoderate. He claims that in 50 years we should be able to create any form of life. What do we expect from this new human being, this clone made from embryonic cells, to be tailor-made? According to him, this new human being is not to be a product of consensus, but is to be authoritatively designed by the chosen ones. A cold shiver is already running down our spines.

Who are these extra-elects who want to impose a Masonic world government on us? Clever and eloquent professors, like di Bernardo? Not at all: The Italian anti-Catholic lodges are said to have been infiltrated by the ‘ndrangheta, the notorious Italian mafia.4  No wonder: the Italian mafia always tried, and succeeded, to get at the rulers (like Andreotti), popes and bishops (here it is worth recalling the connections of the criminal “big families” to the Vatican bank IOR) and the real decision-makers (like the Freemasons). Di Bernardo should be a flower in the swamp in the Lodge, as the prosecutor investigating the machinations of the Masonic mafiosi, Agostino Cordova, called him.5 What then are his colleagues’ views of the swamp? What will they try to do? The blood is already freezing with fear. (ER: we suspect mafia families are more instruments rather than instigators or controllers.)

Let’s connect the globalization mentioned by di Bernardo with the other phenomena in the world today, such as wild immigration (homogenization of humanity), abortion policies (use of stem cells), genderism (revolt against nature), atheistic transhumanism and subjugation to China (the economic one, but also through suddenly emerging treacherous viruses), control of pandemics, genetic manipulations, untested vaccinations developed over knee-jerk reacctions, and so on and so forth. Are the Freemasons pursuing the far-left agenda promoted by big-corporation plutocrats, the consequences of which we must suffer, or vice versa?

Di Bernardo was asked in an interview in 2016:6 “Who is actually the prototype of an enlightened tyrant for you?” The professor replied, “If I had to name one, I would say the Pope.” A contradiction in the mouth of the anti-Catholic Freemason? Rather not. After all, the Pope likes to wear the Rosy Cross on his chest, embraced the super-abortionist Biden, placed figures of the Brazilian pagan goddess Pachamama in the Vatican Gardens, wrote the encyclical “Fratteli Tutti” where borders between religions merge, warmly welcomes migrants against whom his predecessors sent crusades, and so on and so forth. Bergoglio says he is putting forward the work of his predecessors, by which he means above all John Paul the Second, who “modernized” the Church, i.e. opened it up to foreign influences, and less so Benedict XVI, who suddenly fell ill while trying to put the IOR (the aforementioned Vatican bank with links to the Mafia) in order. 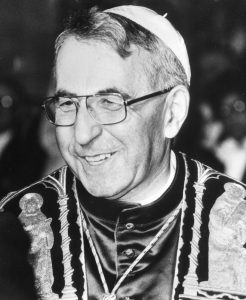 Perhaps the Freemasons have been infiltrating or even ruling the Papal States since the death of John Paul the First (pictured), who was to be assassinated by the notorious P2 Lodge because he realized the extent of the infiltration and wanted to expose it? (ER: or for centuries before that? John Paul I, aged 65, only lasted 33 days, back in 1978.)

Do not worry about it. You are too simple-minded to be able to comprehend all this. The Chosen Ones, the Great Council of Scientists along with the ONE they all comprehend everything and they will spoon-feed us and spy on us by means of electronics so that we do not develop any unwanted thoughts that might disturb the planned new, brave world. 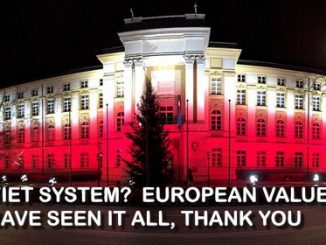