ER Editor: We have to declare ourselves up front. We have no idea if the so-called ‘drought’ European countries are experiencing is anything to especially dramatize. We believe perceptions are being created right now, about anything and everything, which gives the impression of upcoming catastrophe and collapse. As Nordstream 2 could be simply turned out within Germany, any energy crisis – perhaps real at present – is being thoroughly induced and manufactured, which passes on hardship and inflation onto citizens and sectors of the economy. Then the media proceeds to induce fear and panic about it. It’s yet another confection of ‘crisis’ and fear, and intermingled elements that are hard to separate out.

Climate change and global warming (or cooling back in the day) are all total hogwash. Geoengineering and arson are not. Neither are shutting down Nordstream 2, imposing economically suicidal sanctions on Russia, and imposing a nitrogen ban on Dutch farmers.

We remind readers that Zerohedge relies on MSM reporting from Bloomberg.

Besides the news of record high electricity prices, a troubling new crop failure report about Europe’s upcoming harvest was published Monday. The bloc’s Monitoring Agricultural Resources forecasted corn yields could drop by nearly a fifth due to a devastating drought, according to Bloomberg.

Before we dive into the crop report, Europe’s centuries-old ‘hunger stones’ were recently revealed in the Elbe River, which runs from the mountains of Czechia through Germany to the North Sea. The stones date back to a drought in 1616 and read: “Wenn du mich siehst, dann weine.” That translates to “if you see me, then weep.”

The warning on the stones appears correct because the new crop report forecasts corn yields will drop 16% below the five-year average. That compares with a July forecast of an 8% decline.

The plunge in corn output could result in further food inflation. It will boost feed costs for livestock herds, adding to even more woes for farmers who are plagued with elevated diesel and fertilizer prices.

“Water and heat stress periods partly coincided with the sensitive flowering stage and grain filling,” according to the crop monitoring report. “This resulted in irreversibly lost yield potential.”

This is #Europe’s future: corn that dried out before it could grow to be harvested as far as the eyes can see. #drought #climatechange #summer #france #charentemaritime pic.twitter.com/cRlDccLwcd

In late August, about half of Europe is under a drought warning. Crops, power plants, industry, and fish populations have been devastated by the heat and lack of rainfall. The European Commission Joint Research Centre warned earlier this month the ongoing drought is the worst in 500 years as vast amounts of farmland turn to dust.

Heading into the fall, western and central Europe face a very high risk of dry conditions over the next three months that could result in water shortages.

Increasing crop failures because of drought will only exacerbate the food crisis due to Ukrainian disruptions. Supermarket prices for meat in the EU jumped 12% in July versus a year earlier. Milk, cheese, and eggs are also skyrocketing at record rates.

This leaves us with the idea that inflation in Europe will remain sticky, as explained by Germany’s central bank chief Joachim Nagel: “The issue of inflation will not go away in 2023.” 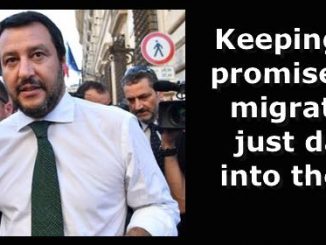