Public criticism of NATO exercises in Eastern Europe by Germany’s Foreign Minister, Frank-Walter Steinmeier, marks a welcome note of sanity amid the torrent of insanity that describes the provocation of Russia we have been witnessing of late.

In an interview with one of Germany’s leading and most influential newspapers, Bild am Sontag, Mr Steinmeier makes the salient point that, “Whoever believes that a symbolic tank parade on the [NATO] alliance’s eastern border will bring security is mistaken.”

Worse than “mistaken” it is a policy that reveals the extent to which the present generation of Western leaders are attached to a Washington-driven Cold War paradigm as if stuck in a time-warp, defined by a grievous paucity of original thinking tailored to the realities of the world of today rather than the world of the 1950s.

The most pressing of the realities facing those leaders and the Russian government alike is the threat posed by terrorism and extremism, of which the mass murder that took place in Orlando is merely the most recent example. It is why future historians will scratch their heads in disbelief at the absurdity of Russian aircraft, pilots and military personnel risking their lives in Syria in the struggle against the most potent terrorist threat the world has known, at the same time as NATO aircraft, pilots, and military personnel have been engaged in military exercises with the objective of cowing Russia into submission. Indeed, it would be hard to find a more glaring example of the reckless disregard for the security of their own people as the Western governments involved in these exercises are showing now.

The official untruth deployed to justify this upsurge in NATO saber rattling on Russia’s borders is a phenomenon described as “Russian aggression.” Let us unpack what those words mean shorn of their Orwellian meaning.

What “they” describe as Russian aggression is in truth Russian defense against Western aggression and NATO expansionism, driven by a strategy to deny Russia its legitimate rights and by extension the rights of all non-Westernized nations to parity of esteem in a multipolar world. Instead the West – by which we mean Washington and its various allies/satellites – is determined to retain the economic, resource, geopolitical, cultural, and military imbalance of the unipolarity it has enjoyed since the Soviet bloc left the stage of history between the late 1980s and early 1990s.

It was the Italian Marxist Antonio Gramsci who wrote that “The old world is dying and the new world struggles to be born.” Though Gramsci wrote those words in the 1920s, they are eminently applicable today.

Germany, with 6,000 companies operating and functioning in Russia, has been hurt by Washington-driven sanctions against Russia more than Russia has, simply because the more intense measures taken to intimidate or hurt Russia become the more united and determined its people grow in refusing to be intimidated. Indeed, the introduction of economic sanctions against one of the world’s major economies and a major global energy supplier is worse than a crime, in the words of Talleyrand, it is a blunder. It is also a reflection of the tyrannical nature of a unipolar world in which one state, one government, and one economy is deemed more important and enjoys more rights than every other state, government, and economy.

When more effort is being expended in trying to isolate and cow Russia than in fighting ISIS, questions need to be asked. The latest evidence of the lack of seriousness in confronting ISIS is the failure or refusal (you be the judge) of the US to separate the “good rebels” it believes are worthy of support in Syria from the “bad rebels” of Jahbat al-Nusra, Syria’s answer to al-Qaeda. Its patience having run out, Russia recently unleashed airstrikes against Syrian opposition bases and positions – occupied by both the “good” and “bad” rebels – much to the chagrin of Washington.

The harsh reality is that Washington and its allies consider Russia more of a threat to their interests than ISIS, despite the various mass murders that have taken place this year alone.

The German Foreign Minister’s public criticism of NATO suggests that Germany is beginning to wake up to the fact that it has been following a policy driven by Russophobic hawks in Washington detrimental to its own economic, geopolitical and security interests. If so, it is high time given the ever more extreme level of provocation of Russia we are witnessing by the US, pushing a Cold War agenda using its European allies as dupes.

Speed the day when the world unites to conduct military exercises on America’s borders and introduces economic sanctions against an empire that makes its Roman predecessor appear benign by comparison.

John Wight has written for newspapers and websites across the world, including the Independent, Morning Star, Huffington Post, Counterpunch, London Progressive Journal, and Foreign Policy Journal. He is also a regular commentator on RT and BBC Radio. He wrote a memoir of the five years he spent in Hollywood, where he worked in the movie industry prior to becoming a full time activist and organizer with the US antiwar movement post-9/11. The book is titled Dreams That Die and is published by Zero Books. John is currently working on a book exploring the role of the West in the Arab Spring. You can follow him on Twitter @JohnWight1 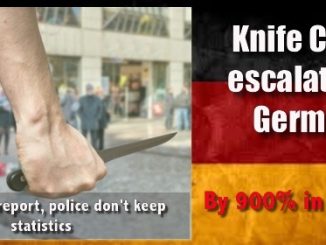 Germany: Stabbings and Knife Crimes are at Record High 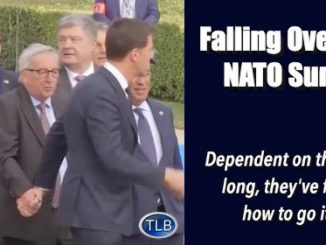