A few readers are still trying to help me to prove the official Orlando shooting story line. Unable to find videos of the massive presence of ambulances and Emergency Medical Technicians (EMT) that 50 dead people and 53 wounded people would require, readers are reduced to supplying me with telephone numbers of someone who might know something.

Amid conflicting reports of one shooter vs. several shooters, the proven presence of crisis actors on the scene, the substitution, as in Sandy Hook, of photos and names as proxies for bodies, the interviews by media of only one hospitalized shooting victim as proxy for the 52 others, internet reports that many of the alleged victims have no social media presence, etc. and so on, we are reduced to what strangers tell us on the telephone! This constitutes powerful evidence that we cannot substantiate the story we are told.

As I said in the beginning, I do not know what happened or why. What I see in Orlando is the same pattern as in the other events: no bodies, questionable shootings, crisis actors, an official story set at the moment of the event’s announcement, no EMTs, conflicting testimony, no investigation by media, just endless repetition of a set story.

We know that governments lie in order to serve their agendas. To mention only a few recent proven government lies: the Gulf of Tonkin North Vietnamese attack on a US Navy ship, Saddam Hussein’s weapons of mass destruction, Assad’s use of chemical weapons, Iranian nukes, Russian invasion of Ukraine. These lies are monstrous. They resulted in wars that killed thousands of US soldiers and killed, maimed, and displaced millions of Vietnamese and Muslims, some of whom are now overrunning Europe as refugees from Washington’s wars. Other of the government’s lies brought risk of war with more powerful militaries such as Russia’s and Iran’s.

It seems to me that a government that will lie on this scale will lie on smaller scales as well, such as Orlando, Boston, San Bernardino.

If I had to bet on what Orlando is about, I would place my bet on gun control. Sandy Hook also led to a big push for gun control. The victims being children was a plus for gun control, but apparently 20 was not a large enough number. The absence of wounded children did not raise any questions. Lanza’s kill ratio was 100 percent. The Orlando shooter’s ratio was just under 50 percent.

The Orlando shooting produced a reported 103 casualties. Moreover, the victims are not children in a school, but people having fun in a night club. In other words, everyone is threatened by guns in the hands of lone nuts, but not by guns in the hands of authorities—despite the fact that US police killed more Americans during 8 years of the Iraq war than the US lost soldiers in combat.

I also noted how strange it is that progressives and the left-wing are on the side of the police state and want to disarm American citizens. The way the issue is now positioned, the “moral” element in the population demand gun control and only the immoral “gun nut” portion want to allow crazy people to continue mass slaughter.

Some time ago I concluded that the American people are too gullible to be capable of preserving liberty. Nevertheless, I have continued to try to help people break out of the Matrix that controls their consciousness.

One of the most frustrating aspects of many Americans is their naive disbelief in conspiracy because “someone would talk.” It boggles the mind that anyone would think that people involved in a successful conspiracy to achieve their agenda would blow the whistle on their success.

Uninvolved people who might stumble upon the conspiracy know that it is their voice against the government’s and that credibility, career, job, and perhaps life itself is at stake. Just look at the fate of whistleblowers who disclose government crimes. Despite their legal protection under US federal law, they are mercilessly prosecuted. Just look at the invective thrown at people such as myself who try to raise the public’s consciousness.

Moreover, there are people who talk, such as 118 firemen, policemen, first responders, and WTC maintanence personnel who were in the towers and report hearing and experiencing massive explosions one after the other. We even have an organization, Firemen for 9/11 Truth: https://www.youtube.com/watch?v=uor8NhUr_90&feature=youtu.be

We even have the owner of the World Trade Center stating on TV that the decison was made to pull WTC Building 7. That means the building was wired for controlled demolition. https://www.youtube.com/watch?v=-jPzAakHPpk

Congress, the legal community, the President, and the American people did not demand an investigation based on the intriguing admissions and testimony from people intimately connected with the event.

The “dancing Israelis” also talked. These were the suspected Mossad agents who were observed filming and celebrating the airplane strikes on the towers. They were apprehended and arrested, but their obvious foreknowledge of the event did not fit the official story. They were quietly sent back to Israel where they appeared on Israeli TV and said that they were sent to New York to film the event. You can witness this at about the 6 minute mark on this video: https://www.youtube.com/watch?v=rStJ5BgadPs

Of course, the translation could be deceptive, but the subscripts are there in Hebrew, so anyone who knows Hebrew can see if they correspond.

Consider how many years passed before anomalies such as this were even noticed.

In this video Jim Fetzer overviews recent events ascribed to terrorists. Whether or not he convinces you, it is worth watching just as a lesson in learning how to notice anomalies in official accounts. https://www.youtube.com/watch?v=-6PdSoNXwlM

Unless Amerians become more observant and act upon what they observe, American liberty is doomed.

An excellent Russian English language website that will add to your perspective is here:
http://www.strategic-culture.org/news/2016/06/20/orlando-wrap-up.html 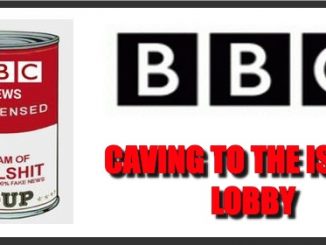 Has OPCW Become a Four-Letter Word? From Douma to Iran 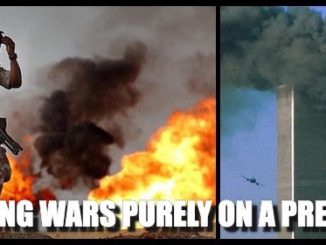