ER Editor: We also recommend a piece from pro-globalist site Deutsche Welle, New German immigration laws agreed at government meeting. The new immigration laws are described as following the Canadian model, which distinguishes between asylum seekers and labor migration, and favors those with suitable education and skills.

Even in the face of a rising tide of anti-immigration feeling in Germany that threatens her party’s continued rule, German Chancellor Angela Merkel has actually worked out a deal with the legislative partners of the Christian Democratic Union (CDU) to attract even more foreigners into the country.

In Germany, as in other multi-party parliamentary systems, it is rare for one political party to hold enough seats to govern without seeking a coalition with other parties. Merkel’s CDU works with the Bavarian CSU and the center-left SPD, and she was able to come to an agreement with them to import more immigrants into Germany.

The reason given for this new policy is to alleviate Germany’s worker shortage.

Merkel’s pro-immigration policy, however, is opposed by the Alternative for Germany (AfD), which has risen to become the party with the second-highest number of seats in the Bundestag, now holding more than 90 seats. Opposition to the increased number of immigrants coming from outside the European Union (EU), mostly from Middle Eastern countries, has led to speculation that Merkel’s coalition may eventually lose control, mainly over this issue. 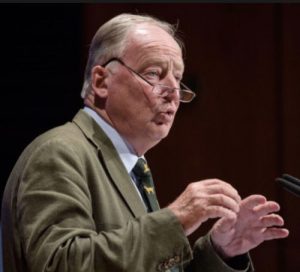 AfD leader Alexander Gauland (pictured) accused the government of mixing policies on immigration with policies on how to deal with those seeking asylum. He argued that the new policy has only “greatly expanded” the ability of the asylum seekers to avoid expulsion.

(ER: according to the DW report above, those whose asylum applications have failed but who are ‘well-integrated in German society’ – how would this be measured? – may stay under this new scheme. This request was made by the left-wing SPD. Thus Gauland’s objection seems valid.)

The deal provides that foreigners without residency permits who are seeking asylum to stay in the country may now get to stay if they are employed and can demonstrate that they have assimilated into German society. In addition, those from outside the EU can immigrate to take jobs if they can speak German.

However, these job-seekers would be forbidden from taking advantage of Germany’s generous social welfare system.

Hubertus Heil, the German employment minister, defended the new policy as a “pragmatic solution that reflects reality,” adding that he did not want to be “sending the wrong people back.” Germany’s economy is expanding, and the German Economic Institute in Cologne claims that over 300,000 jobs have gone unfilled in September.

What has caused the shortage of available workers?

More than anything else, the Germans, like most Europeans, are having few children. Abortion is widely used as a means of birth control, and the population is rapidly ageing. In contrast, the immigrant population is growing not only through the influx of new immigrants, but also because the mostly Muslim immigrants have more children than native Germans. If this trend continues, the population of Germany will no longer be ethnically German, but rather Middle Eastern and Muslim. The social consequences of this can be enormous.

Germany has taken in 1.6 million migrants since 2014. Finding a solution to this migration crisis is necessary to the survival of the EU, Merkel recently told the German Parliament. “Europe faces many challenges, but that of migration could become the make-or-break one for the EU,” Merkel said. She added that Germany and other EU nations should be “guided by values and believe in multilateralism, not unilateralism.”

In contrast, some of the nations in eastern Europe, such as Poland and Hungary, see the solution as maintaining their separate national identities, rather than in the survival of the “multilateralism” held up as a “value” by the globalist Merkel.

At some point, Europeans, not just Germans, are going to have to decide which is more important — having more workers to do menial jobs, or their survival as separate nations having distinct cultural and ethnic identities. Many Germans have already decided that they want to remain German, and Merkel’s continued insistence on bringing in more “workers” who are largely antagonistic to the existing German culture will lead them to put someone else in power who will put a stop to this path to national suicide.

Certainly, “Germany” will continue to exist in some form, either as an administrative unit of the EU, or as a place on the map, but it will be a far different Germany than has existed since the Middle Ages.

Americans, on the other hand, should understand that, with the incessant Taliban-like attacks upon our culture, the nation’s founding, and its Founders, we are only a generation or so behind the Germans. 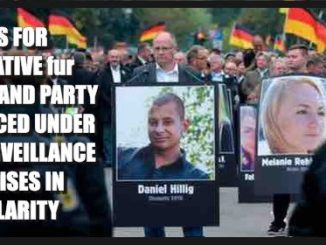 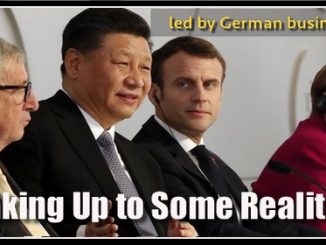 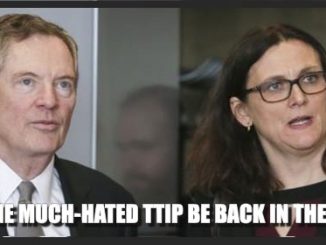 Transatlantic Trade Deal Between United States and EU Back on The Table?