Germany and France have spoken out in strident terms against Israel’s plan to confiscate privately-owned Palestinian land by legalising settler outposts.

“The confidence we had in the Israeli government’s commitment to the two-state solution has been profoundly shaken,” the German foreign ministry said on Wednesday (8 February). 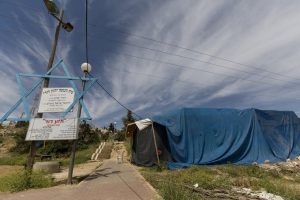 It said that those people in Germany who felt friendly toward Israel had been “disappointed” and urged it to restore its “credibility” by restating its promise to establish a future Palestinian state alongside Israel and to “underpin this with practical steps”.

It added that such a promise was also needed because members of the right-wing Israeli coalition had “openly called for the annexation of parts of the West Bank and are preparing bills to this end.” 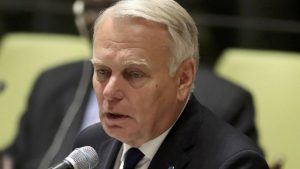 “I call on Israel to respect its international obligations and rescind the [settler outpost] law,” Ayrault said, adding that it “could exacerbate tensions in the region.”

Le Gal said: “The international community is wondering if they should trust Israel when Israel is saying that [it] is ready for discussion with … the Palestinians, and to reach an agreement on the two-state solution.”

She said the fact that Israel planned to financially compensate the Palestinian landowners did not make it any better.

“If there is an agreement, of course, that these settlement blocs are within Israel, then of course there is no problem. But there is no discussion. It’s only Israel who decides,” she said.

Israel on Tuesday passed a law to retroactively legalise 3,900 outposts.

Outposts, unlike settlements, are private initiatives by Jewish settler groups who pitch camp on Palestinian land protected by Israeli soldiers and claim it for their own on Biblical grounds.

A European diplomatic source told EUobserver that Israeli prime minister Benjamin Netanyahu (pictured) had been emboldened by the election of Donald Trump, a pro-Israeli hawk, in the US and that he was also using the settlement controversy to distract media attention from a corruption affair that could see him lose power.

The US has stayed silent on his actions.

France is an outspoken critic of Israel and previously warned that it would unilaterally recognise Palestine if it lost faith in the peace process.

The strong statement by Germany, which has in the past shied away from criticising Israel due, in part, to Germany’s Holocaust-era complex, was a new development, however.

The UK, which has been trying to curry favour with Trump, and the Czech Republic, formerly a staunch Israeli ally, also attacked the outpost law.

The EU foreign service was the first to react, already on Tuesday, saying that the outpost law “entrenched … a one-state reality”.

EU foreign relations chief Federica Mogherini had planned to hold a summit with Netanyahu on 28 February, but EU foreign ministers, meeting in Brussels on Monday quietly decided to postpone the initiative due to the earlier announcement on the 6,000 settler homes.

Speaking to EUobserver in an interview over the weekend, Saeb Erekat, the secretary general of the Palestinian Liberation Organisation, said the EU’s verbal rebukes had little meaning unless they were backed up by sanctions, such as banning exports of settler products.

“Lack of accountability, impunity, is what provides the Israeli government with enough confidence to move ahead with its plan to bury the prospects of the two-state solution,” he said.

“The Netanyahu administration knows that no action will be taken,” he said. 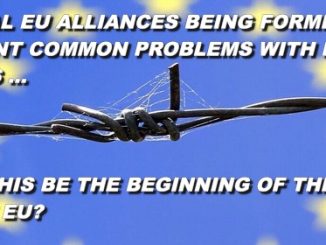 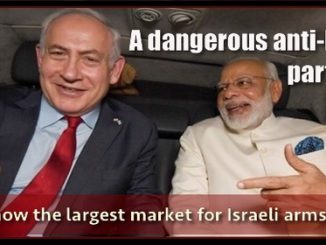 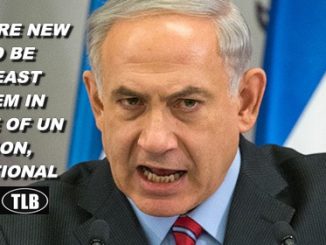