Revolution is closer than you think…

The government passed a law that allows them to take 1.5 billion euros from the liquidity reserve of the public health care fund (10 billion euros in total, paid by all members and additionally by the taxpayer) and to give that money to refugees / asylum seekers.

What would you call this? Insane?

We thought a reminder of the tensions that are bubbling under the surface in Germany.

As VoxDay noted appropriately, Germany’s elite is going to get a well-deserved one soon as German President Joachim Gauck was booed and attacked in the streets of Sebnitz, Saxony after he blurted out the following unbelievbable statement:

Official German State TV and State Radio reported that “a handful of right wing extremists” have attacked the president and disturbed the otherwise peaceful and welcoming reception of the President. This is simply not the case, as seen in the video…

The people repeatedly shouted “Traitor!”, “Get out!”, “We don’t want STASI Pigs” and “We are the people!”.

One man, carrying his young son on his shoulders, appears to have spit on him whilst exclaiming insults. Other citizens were heard saying “You killed our children” and “What have you done to us?”. They were blocked by police in riot gear, to whom they said “You are protecting warmongers, shame on you!”

The situation escalated and the riot police was forced to use pepper spray.

Heiko Maas, the German Justice Minister, called the attackers “cowards who insult the president because of their personal frustration”. He himself was booed off the stage as a traitor by hundreds of Germans at the annual Labor Day celebration on the 1st of May. He said that they will be persecuted immediately, as “it cannot be allowed that such a tiny minority has influence on the political climate in Germany”.

The larger point is that this is something we are seeing all over, the top detaching itself from the bottom, feeling little loyalty to it or affiliation with it.

It is a theme I see working its way throughout the West’s power centers.

At its heart it is not only a detachment from, but a lack of interest in, the lives of your countrymen, of those who are not at the table, and who understand that they’ve been abandoned by their leaders’ selfishness and mad virtue-signalling. 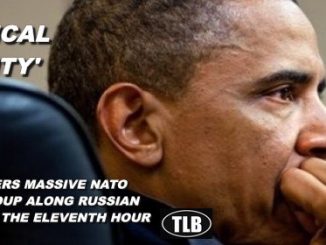 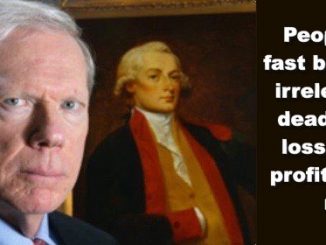 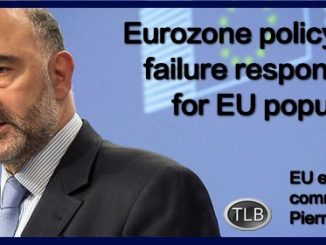