That’s why “the Father of the World Wide Web” has launched a start-up that intends to end the dominance of Facebook, Google, and Amazon, while in the process letting individuals take back control of their own data.

Berners-Lee’s new online platform and company Inrupt is being described as a “personal online data store,” or pod, where everything from messages, music, contacts or other personal data will be stored in one place overseen by the user instead of an array of platforms and apps run by corporations seeking to profit off personal information. The project seeks “personal empowerment through data” and aims to “take back” the web, according to company statements.

The man who created the world wide web by implementing the first ever successful communication between a Hypertext Transfer Protocol (HTTP) client and server via the internet in 1989 lamented that his creation has been abused by powerful entities for everything from mass surveillance to fake news to psychological manipulation to corporations commodifying individuals’ information. 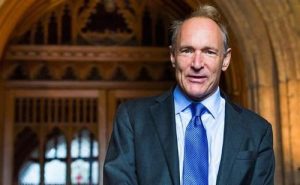 But he’s long been at work on a new project to take the web back, described in depth by the business technology magazine Fast Company:

This week, Berners-Lee will launch, Inrupt, a startup that he has been building, in stealth mode, for the past nine months. Backed by Glasswing Ventures, its mission is to turbocharge a broader movement afoot, among developers around the world, to decentralize the web and take back power from the forces that have profited from centralizing it. In other words, it’s game on for Facebook, Google, Amazon.

“We have to do it now,” Berners-Lee said of the newly launched project. “It’s a historical moment.” He identified the main impetus behind his recent announcement that he’ll be going on sabbatical from his research professor post at MIT to work full-time on the project as the recent revelation that Facebook allowed political operatives to gain access to some 50 million users’ private data.

At MIT Berners-Lee has for years led a team on designing and building a decentralized web platform called ‘Solid’ — which will underlie the Inrupt platform. The Inrupt venture will serve as users’ first access to the new Solid decentralized web:

If all goes as planned, Inrupt will be to Solid what Netscape once was for many first-time users of the web: an easy way in. And like with Netscape, Berners-Lee hopes Inrupt will be just the first of many companies to emerge from Solid.

“I have been imagining this for a very long time,” says Berners-Lee.

As described on the Solid and Inrupt websites, the new platform will allow users to have complete control over their information ‘pods’ (an acronym for “personal online data store”) — it is only they who will decide whether outside apps and sites will be granted access to it, and to what extent.

Unlike Facebook or Twitter, where all user information ultimately resides in centralized data centers and servers under control of the companies, applications on Inrupt will compete for users based on the services they can offer, and only the users can grant these apps “views” into their data, making personal data instantly portable between similar applications.

“The main enhancement is that the web becomes a collaborative read-write space, passing control from owners of a server, to the users of that system. The Solid specification provides this functionality,” the Solid website says.

Berners-Lee explained to Fast Company one example currently under development that could radically changed a popular product that has been prone to overstepping privacy boundaries and compromising data:

For example, one idea Berners-Lee is currently working on is a way to create a decentralized version of Alexa, Amazon’s increasingly ubiquitous digital assistant. He calls it Charlie. Unlike with Alexa, on Charlie people would own all their data. That means they could trust Charlie with, for example, health records, children’s school events, or financial records. That is the kind of machine Berners-Lee hopes will spring up all over Solid to flip the power dynamics of the web from corporation to individuals.

With the weekend launch of Inrupt, developers across the globe this week will be invited to begin building their own decentralized apps through the Inrupt site. As its popularity grows the company will move forward to raise more funds, though it’s currently backed by a venture capital firm.

Yet as his latest interview notes, “his plans could impact billion-dollar business models that profit off of control over data. It’s not likely that the big powers of the web will give up control without a fight.”

When this major potential disruptor was noted, Berners-Lee shot back: “We are not talking to Facebook and Google about whether or not to introduce a complete change where all their business models are completely upended overnight. We are not asking their permission.” 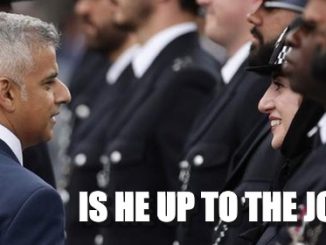