ER Editor: Following the theme of sabotage and deliberately causing potential food shortages, we remind readers of the destructive, 4-hour fire that was somehow set at the world’s largest fresh food market south of Paris (Rungis) at the end of last month.

European farmers see the writing on the wall with energy crisis: food shortages are a certainty

Increasing costs for transport, energy and fertilizers could make agriculture unprofitable for many farmers. This means that rising food prices and shortages may soon be unavoidable.

The last domino to fall in the current world economic order is food production, which is slowly coming to a standstill in Europe due to the ongoing energy crisis, writes Ethan Huff.

It is no longer affordable or even possible to produce the fertilizer needed to grow enough food for the current population level. Fruit and vegetable growers in Northern and Western Europe say they should close their greenhouses.

For the time being, it is not necessarily noticeable in the stores that there is a very serious problem. After all, the world is still eating through existing resources. However, that will change very soon.

“I will plan the season in the coming weeks, but I don’t know what to do,” complains Benjamin Simonot-De Vos, a farmer from France who grows cucumbers, tomatoes and strawberries south of Paris.

“If it stays that way, there’s no point in starting a new year. Cannot be done.”

Johannes Gross, a sales manager at German cooperative Reichenau-Gemüse, said in a statement to Reuters that production costs have risen by about 30 percent, making it impossible for many farmers to continue growing food profitably.

“Some colleagues are thinking about leaving their greenhouses empty to keep costs as low as possible,” said this person. “Nobody knows what will happen next year.”

Even in sun-drenched temperate countries like Spain, fertilizer costs have a major impact on growers.

Remember that fertilizer price inflation is just one part of the complex economic and supply chain formula that keeps the world going. Fuel costs are another component, as it takes trucks, trains, and planes to get food from the farm to the market.

Shortages are inevitable. That is why many supermarkets are already switching to sourcing food from countries outside the European Union, such as Morocco, Turkey, Tunisia and Egypt.

Europe is in deep trouble, largely because of sanctions against Russia and its vast energy supplies – energy that Europe does not have enough to run its continental economy.

“Growing vegetables in gas-heated greenhouses is no longer tenable,” wrote one commentator on a story about Europe’s self-imposed demise.

“WHAT?! Are you telling me that those high-minded intellectuals who run the EU have completely forgotten that they cannot sustain food production without the natural gas used to make FERTILIZERS?” joked another.

“The Germans started extracting nitrogen in the early 1900s because they were importing phosphates from Chile and knew it was not sustainable,” added another.

“THE WORLD already knew this at the end of the 18th century. This cannot be gross incompetence. I am a nobody and I know these facts. This must have been orchestrated by agitators and traitors who sow hunger and want against their own people in an attempt to break their national and cultural identity.”

Others noted that the situation is in fact being deliberately orchestrated for mass murder and global depopulation as we approach the transition point into the new era. This event is hastened by a controlled breakdown of the existing World Order so that it can be replaced by a new World Order.

To all the warmongers in the arms frenzy: On to Ukraine with you!

“When the Europeans freeze and starve this winter, few of them will care what happens to Ukraine,” wrote someone else about how the mood about the war in Ukraine is sure to change once the masses run out of food.” 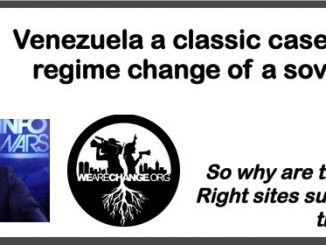 US Colonel Douglas Macgregor: “Mr. Zelensky is in a panic”

2 Comments on European Farmers See the Writing on the Wall with Energy Crisis: Food Shortages a Certainty