ER Editor: In connection to this topic (majority voting vs. right of veto/all countries must agree), readers may be interested in this article from March 2021 by Leo Klinkers, titled The right of veto as a hand grenade in the European Council. See also S&Ds: Treaty change crucial so EU is no longer held hostage by veto from June of this year.  Of note (and this is entirely propagandistic on the part of the S&Ds – socialists and democrats):

Today the European Parliament is formally calling on member states to agree to a Convention on revising the EU Treaties so the EU is no longer held hostage by a single government when it comes to decisive action.

Faced with the Covid pandemic and more recently with Russia’s aggression against Ukraine, the serious limitations in the EU’s capacity to act quickly and effectively have become evident. To overcome any shortcomings, the resolution triggers Article 48 and suggests specific Treaty changes like removing unanimity on issues like sanctions, giving the EU competence over cross-border health policy and adding social progress as an irreversible aim in the EU.

Despite attempts by the European People’s Party to delay the debate and vote on MEPs’ calls for a Convention, the S&D Group has worked to make sure Parliament echoes citizens’ demands this week, ahead of an EU leaders meeting later this month.

It will be interesting to see how the Left and globalists manage to get the right to veto abolished for those topics near and dear to them, such as anti-Russian sanctions. So far, a convention to get the ball rolling on this has not yet been set. Further, this type of change still needs to be agreed to by all countries, not by a majority, so some fancy legal footwork will be needed to effect this change that countries like Hungary do not want.

EU states are fighting over the repeal of veto right

The member countries of the European Union have revived the debate on whether to introduce majority voting on some issues of foreign or security policy instead of the current need for unanimous consent of all the bloc’s states.

A number of ministers responsible for European affairs made it clear at the meeting in Brussels that, for example, the acceptance of sanctions would be greatly simplified by the new system. However, Hungary and some other countries have consistently refused to support such an amendment to the rules, the introduction of which still requires unanimous consent.

The ministers dealt with the topic following a year-long public debate called the Conference on the Future of Europe, from which initiatives for some changes in the functioning of the EU emerged.

The Conference on the Future of Europe was a series of debates and discussions that ran from April 2021 to May 2022 and enabled “citizens” from across Europe to share their ideas. It was sadly never a citizen initiative: French President Emmanuel Macron launched the idea “in order to propose all the changes that the European project needs”.

“Input on the digital platform came mainly from well-organized pressure groups with technical expertise rather than the so-called unengaged citizenry,” Richard Youngs, a senior fellow in the Democracy, Conflict, and Governance Program, at the Carnegie Foundation Europe, pointed out.

While the European Parliament is pushing for the twenty-seventh of this month to seek changes to its founding treaties based on the debate, EU member countries have been more restrained. However, they are studying the question of whether to use the option established in the current form of the contracts, which allows switching to majority voting in some cases.

“We should take more decisions by qualified majority, i.e. limit the possibilities of using the right of veto,” German Minister Anna Lührmann told reporters. Her country, like a number of other countries, mainly from Western or Northern Europe, has been calling for the introduction of majority voting for a long time, which also has the support of the European Commission.

Germany has been leading a crusade of sorts against the notion of a veto. Regarding Germany’s claims to a seat in the UN Security Council, it is quite obvious that in the current configuration of the UN, the chances of this tend to zero, if only because Russia and China have the right of veto.

Being a satellite of the United States, and in a situation where its military-political and economic dependence has intensified, Germany is a declared enemy of Russia and is progressively becoming an enemy of China. Therefore, any attempts to allow another US satellite into the UN Security Council will be unconditionally vetoed by Russia and China.

In the current format of the UN Security Council, Germany as a permanent member of the Council cannot be expected. [sic – should this be ‘expelled’?]

Hungary is a vocal critic of discarding veto powers

However, in recent months, especially in connection with the adoption of anti-Russian sanctions, which Hungary has repeatedly blocked, support for the repeal of the veto right has been growing from other countries too, including Austria.

The countries in the eastern part of the EU, including the Czech Republic, are clearly not in favor of abandoning the principle of unanimity. Hungary has been the most prominent critic in this matter.

“At the moment when we are at the negotiating table, the fundamental interests of all countries should be taken into account,” said Hungarian Justice Minister Judit Varga.

So far, the states have not even agreed on the convening of a convention which, at the request of MEPs and the EC, would deal with possible changes to the basic treaties. According to the Czech Minister for European Affairs Mikuláš Bek, it is unlikely that this would happen during the Czech presidency, i.e. before the end of this year. 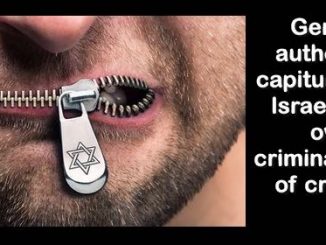 Will boycotting Israel become a crime in Germany? 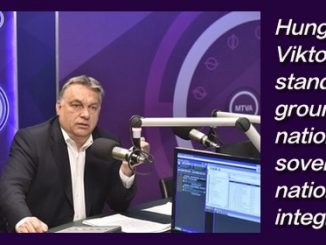 PM ORBÁN: “WHAT WE WANT IS A HUNGARIAN HUNGARY AND A EUROPEAN EUROPE”