Antonio Tajani, a former EU commissioner and loyal ally of Italy’s one-time prime minister Silvio Berlusconi, was elected president of the European Parliament on Tuesday (17 January) after liberals and eurosceptics rallied behind him.

The Italian candidate from the centre-right EPP group won the backing of 351 MEPs in the fourth round of the vote, against the social-democrat Gianni Pittella, a fellow Italian, who gathered 282 votes.

Tajani’s win marks the end of a time-honoured cooperation between the parliament’s two largest groups.

It also gives the EPP the leadership in three EU institutions, along with Jean-Claude Juncker at the commission and Donald Tusk at the EU council. 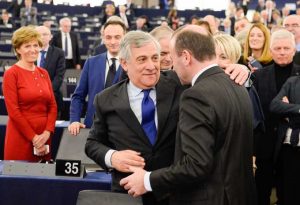 Tajani’s EPP and Pittella’s S&D are used to striking deals at the beginning of each parliament term to take the most important decisions together, in order to reduce the influence of of the other political groups.

Part of the so-called grand coalition was to divide the presidency post among the two for half the term each. 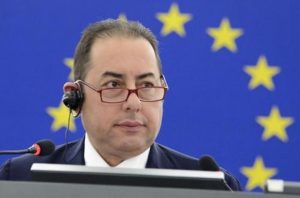 But Pittella (pictured), the S&D group leader, broke off the agreement by declaring himself the “progressive candidate” in the race, when the EPP was due to have its turn.

Instead, the EPP had to forge alliances with the liberal Alde and eurosceptic ECR groups to secure the presidency.

Just hours before the vote, it formally entered a “pro-European coalition” with Alde, under which the two groups committed to work together on eurozone governance, security, migration and jobs.

EPP expressed its backing for a number of key liberal demands, such as EU reform through a convention; a new mechanism to ensure the rule of law in EU member states; and a stronger role for the parliament in the upcoming Brexit negotiations, where Alde leader Guy Verhofstadt is the parliament’s coordinator.

ECR, meanwhile, threw its weight behind Tajani in the fourth round in exchange for “a clear set of political commitments”, according to a statement on the group’s Twitter account.

It’s unclear what those demands are. Contrary to the deal with Alde, they were not put down in writing.

The group, whose biggest delegations hail from the British Conservatives and Poland’s ruling Law of Justice (PiS), also said they refused to endorse the pro-European coalition, “as many aspects represent failed policies of the past”.

The British Tory leader, prime minister Theresa May, said on Tuesday she wanted the UK to leave the EU single market, while PiS has been found by the European Commission and the Council of Europe to undermine the rule of law in Poland.

It remains to be seen how the EPP will balance the views of their new allies, and whether this will force them to seek the support of their socialist former partners.

A president ‘for all’

At the direct request of ECR, Tajani distanced himself from the EPP-Alde deal, saying solutions to the eurozone, refugee and security crises “are not found in more and more Europe, neither are they found in blowing up the European project”.

He committed himself to being a neutral president, who listens to all the groups and does not predetermine the outcome of decisions.

But the head of the French EPP delegation, Franck Proust, told a group of journalists that the parliament was likely to skew to the right.

“In the end, this rupture of respect [by the social democrats] somewhere serves us. Compromise with the socialists was always very complicated, as we don’t really share the same philosophy and fundamental values,” he said.

“I think we can have more of a common vision with ECR and liberals. Maybe this way we can better reach what Europeans want on defence, migration and security, and employment,” he added, while admitting it would take “nuances” to work on a pro-European agenda with eurosceptics.

Aleksandra Eriksson is a regular contributor to EUobserver 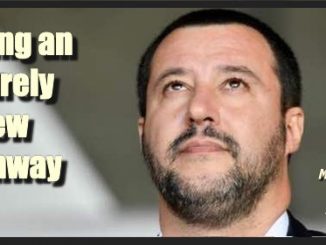 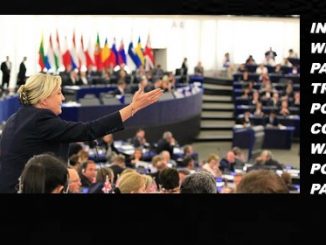