Davos Elites Call For a Ban on Physical Cash… in the US.

Roughly two weeks ago, when writing about the cash ban in India, I stated:

If you think the Elites aren’t watching this unfold with sheer delight you’re mistaken. Globally a war on cash has been declared. And India has now proved that it can be done with little consequence. The fact it INCREASE tax hauls (something every Government on the planet wants) is just icing on the cake.

Fast forward to this week at the Davos Economic Forum in Davos Switzerland, and Nobel Prize winning economist Joseph Stiglitz all but said the exact same thing.

Indian Prime Minister Narendra Modi has already removed 86% of his country’s currency from circulation in an attempt to curb tax evasion, tackle corruption and shut down the shadow economy.

Joseph Stiglitz (pictured), Nobel Prize-winning economist, thinks so. Phasing out currency and moving towards a digital economy would, over the long term, have “benefits that outweigh the cost,” the Columbia University professor said on day one of the World Economic Forum’s Annual Meeting in Davos…

“I believe very strongly that countries like the United States could and should move to a digital currency,” he said, “so that you would have the ability to trace this kind of corruption. There are important issues of privacy, cyber-security, but it would certainly have big advantages.”

Again… the War on Cash is not slowing down. India effectively removed 86% of the physical cash in circulation and no one was forced to resign.

Put simply, India signaled to the global elites that you can implement a near complete ban on physical cash, and there are no real consequences as far as political aspirations.

We believe that the Elites will be pushing for this policy to hit the US. If you think this is impossible consider that Stiglitz openly called for the US to ban cash in the article above.

Indeed, we’ve uncovered a secret document outlining how the Fed plans to ban physical cash and incinerate savings in the coming months.

We detail this paper and outline three investment strategies you can implement right now to protect your capital from the Fed’s sinister plan in our Special Report Survive the Fed’s War on Cash. 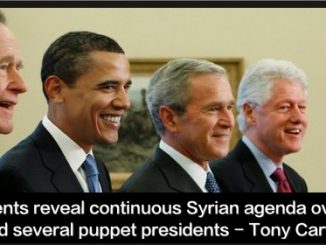