ER Editor: For background reading on the topic of parent company Amazon covertly working against unionization at its Whole Foods stores, we recommend this by Harmon Leon titled Whole Foods Secretly Upgrades Tech to Target and Squash Unionizing Efforts. Of note:

Shades of Big Brother are looming over Whole Foods, once thought to be a pioneer of healthy workplace culture. According to internal documents seen by Business Insider, (ER: see here for archived document) the Amazon-owned supermarket chain has been using an interactive heat map to monitor its 510 locations across the U.S. and assign each store a unionization risk score based on such criteria as employee loyalty, turnover rate and racial diversity.

Whole Foods employs roughly 95,000 people nationwide. Data collected in the heat map suggest that stores with low racial and ethnic diversity, especially those located in poor communities, are more likely to unionize. That’s a lot to unpack about your favorite place to buy expensive organic pasta sauce. When a Whole Foods suddenly pops up in a low-income neighborhood, it’s always a nail in the coffin that gentrification is in progress—and rents are about to go through the roof.

Eric Striker will unpack the idea that ‘stores with low racial and ethnic diversity … are more likely to unionize’.

Diversity and the Death of Labor

Unionized workers — and their threat to strike — is a massive threat to executive bonuses and a company’s stock value. America’s plutocrats are the wealthiest in the world, even as living standards for the majority decline. According to Amazon’s internal documents, more racially homogenous stores, which is usually codeword for white, have higher rates of sales, but tend to be “hot spots” for the threat of unionization. In other words, it’s not even totally economic, but also a question of power. Jeff Bezos would rather sell fewer products than have to negotiate any conditions with his workers.

Diversity and the Death of Labor

On this front, white workers are alone. The left today prioritizes liberal concepts of “diversity” far above the common man’s economic interests. In their discourse, self-described socialists will rely on Cato Institute studies showing immigration improves GDP to dismiss the Hecksher-Olin-Samuelson (HOS) model that shows immigration inevitably weakens labor’s bargaining power. What do self-described “socialists” think of legalizing child labor, which would also boost GDP? The libertarian ghouls at Cato support this too!

The work of elite Jewish globalists like Ruth Milkman (2006) has been highly influential in articulating the theory that labor unions should support open borders legislation in order to legalize and organize migrants. According to advocates of this strategy, which the AFL-CIO has embraced since the 1990s, mass immigration is not something modern nation-states can do anything about (proven to be a lie by recent COVID-19 border closings around the world), so unions must adapt to mitigate the impact of illegal immigrant labor and guarantee a future as an institution.

The promised mass organizing of immigrants never materialized. Instead, the withering away of solidarity caused by scab labor and increased diversity in the West has been a major factor in the free fall of union membership. As the AFL-CIO changed its tune on immigration, working class political power simultaneously declined. The Democratic Party now ignores working people and embraces its role as a puppet of Wall Street and Silicon Valley donors.

The only alternative for white labor is the GOP, which, despite owing its electoral success to this demographic, doesn’t want it.

Leftists would argue that the failure of their “internationalist”/globalist theory is because of white privilege and racism — exclusion of immigrants, rather than changing their socially conservative internal culture to encourage them to join up. But the actual correlation is the other way around: the more pro-immigration organized labor is, the weaker it gets.

According to Julie Watts’ 2002 study of labor attitudes, Immigration policy and the challenge of globalization: Unions and employers in unlikely alliance, countries with unions having strong communist and anarchist backgrounds like Spain and France were some of the most eager to embrace a pro-immigration position. Today, union membership in Spain has essentially collapsed to lower rates than even the United States. France, another nation where labor supports open borders, has experienced something similar, with its unions struggling for relevance even as Yellow Vest discontent swept through the streets.

The excuse communists and left-liberals make is that labor power in Europe was destroyed during the 2008 financial crisis. Yet Iceland, which suffered one of the worst financial meltdowns in Europe during the same period, continues to lead the world in labor union participation at 92%. What is Iceland’s secret? Up until 2018, it was one of the most racially homogenous countries on earth, with virtually no immigration for 1,000 years.

Rather than learning and adapting to real world conditions, the left has only moved the goalposts further and further to rationalize its cosmopolitan, neo-liberal first principles. At The Baffler, a “socialist” journal that pays authors $900 per piece, the Jewish author Jamie Marchant took to attacking the idea of economic nationalism more broadly. According to the full-time academic, tariffs and trade agreements that protect American workers are also racist, and unions should stop lobbying for them because they take jobs from workers in Mexico. This insane inversion of common sense is predicated upon the idea that nations have no moral right to ensure that capital serves its people first — how convenient for “global citizens” like Jeff Bezos.

As the Bernie moment subsides and the left comes to terms with being a vehicle for the political will of the elite, there is a rising intellectual movement composed of “national conservatives” and Catholic integralists taking hold on the peripheries of the Republican party looking to take white workers for another ride.

Figures like Marco Rubio, Josh Hawley and Matt Gaetz represent the political incarnations of these ideas. These men want to run for president in 2024.

The journal encapsulating this rising tendency is American Affairs, which often publishes intellectual works that transcend left and right.

By and large, the prominent voices at American Affairs endorse corporatism/solidarism — the pro-worker economic ideology of Benito Mussolini, the original Falangists and Adolf Hitler. But there’s one catch: all of its advocates are avowed “anti-racists,” and in very recent times, increasingly Jewish.

On the front page of the publication, we see the work of Jews with spotty histories as neocons or Zionists, like Compass’ Oren Cass, Blue Labour’s Maurice Glasman, Matt Stoller, and David P. Goldman. They are on the record as being hostile to anything even resembling “white nationalism,” in spite of the fact that the people they are talking about in their research today are by and large white.

The editor of the ostensibly Trumpian journal, Julius Krein, wrote an opinion piece days after the 2017 Charlottesville march claiming to have “regretted” voting for Trump after the president made the point that there was violence on “both sides.” The op-ed was nothing more than an “Antifa” rant.

Researcher Michael Dawson’s 1994 work studying the importance of race in developing a “linked fate” — collective consciousness — demonstrates that unity through blood and soil is the easiest and most efficient way to bring individuals together. Without a linked fate, individual workers do not feel compelled to sacrifice as individuals for a group — something every successful labor union has instilled in its militants.

There is an argument to be made that America, as a multi-racial country, must encourage cross racial labor organizing to some degree. The problem with pro-worker post-liberals, whether Catholic Integralists like Adrian Vermeule and Sohrab Ahmari or Yoram Hazony endorsed “national conservatives” flirting with Fascist ideas is that they actively attack any white advocacy whatsoever.

In a recent article criticizing these figures, paleo-conservative Scott Greer made the point that what animated Trump’s election in 2016 was a web of issues — preserving the European identity of the United States being a huge one. Instituting a Catholic theocracy is…a much tougher sell.

Any industrial policy or attempt at reviving America’s civic institutions will fail at launch without the racial question taken into consideration, as the anti-solidarity specialists at Amazon do. It’s not a zero-sum game to us, but it is to the phony right. If every race has a right to wield the power of ethno-nationalism in the fight over resources in America.

If America is going to work, we need racial syndicates side by side with class-based ones. If whites are denied this by their self-selected leaders, then they are no friends of white workers. 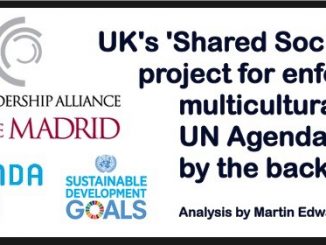 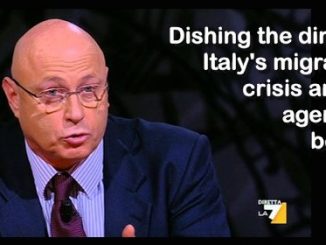 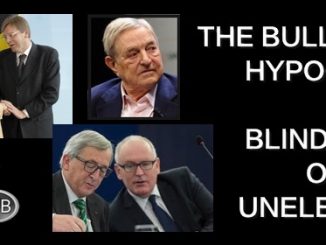