Constantinople coming to Ukraine. Is the game worth the candle?

Recently, the opening of the Constantinople Patriarchate’s metochions in the Ukrainian cities of Kyiv and Lviv has become quite a hot topic.

Not long ago, Director of the Department for Religious Affairs and Nationalities of the Ministry of Culture of Ukraine, Andriy Yurash, confirmed this information in an interview to the RISU news agency and claimed that the opening of the missions “is an irreversible process”. 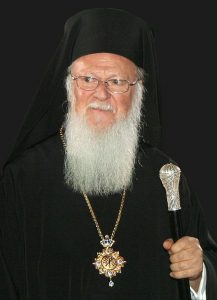 Though there are still no concrete terms, according to Yurash, the agreement has been reached. The advantages of such an “expansion” are evident for the Ecumenical Patriarchate (pictured). First of all, Constantinople would restore its historic jurisdiction on the Ukrainian territory. Since the Christianization of Russia, the Kyivan archdiocese was actually an autonomous local church under the governance of Constantinople. However, in 1686 it was moved under the jurisdiction of the Moscow Patriarchate. Now, historical justice would be served, and the international influence and reputation of Phanar would grow.

On the other hand, the new metochions can provoke a serious inter-Orthodox conflict as the Russian Orthodox Church (ROC) believes Ukraine to be its territory, and for more than 300 years none of the Churches has questioned its rights. Though, it doesn’t confuse Constantinople, which seeks the permission of Kyiv only. The scale of such conflict is hard to predict but I’m afraid it would be unprecedented in modern history.

Today, Ukraine is one of the hotbeds of unrest in Europe. The lasting armed conflict, devastated economy and criminality – these are the results of the 2014 revolution, including the battle for influence between Kyiv and Moscow which followed later. Obviously, religion is also involved in the confrontation. Currently, there are two largest denominations in Ukraine: the Ukrainian Orthodox Church – Kyivan Patriarchate (UOC KP, led by Patriarch Filaret – see featured image) and the Ukrainian Orthodox Church – Moscow Patriarchate (UOC MP, led by Metropolitan Onufry). According to Kyiv officials, the only legitimate church in the country is the UOC KP, but it hasn’t been officially recognized by any Local Church, and its head Filaret was anathematized by the Moscow Patriarchate.

Being the representative of Moscow, the UOC MP is constantly under the pressure of Kyiv and various nationalist groups. Its property has been confiscated, and churches attacked. The position of the UOC MP (and consequently of the Moscow Patriarchate) in Ukraine is unfortunate, and things for it can become worse when Constantinople comes. The Ukrainian government seems to be planning to give the Kyivan Patriarchate almost unlimited power with the help of Phanar.

It looks like Kyiv views the Constantinople mission as some kind of a diplomatic office, but not as a church jurisdiction. “It would be best if it had a form of a permanent representation of the Ecumenical Patriarch (NB: a representation, not a religious organization),” Yurash’s words confirm it in a way. This mission is aimed at providing the long-awaited recognition of the UOC KP and its head Filaret.

Now, the Kyivan Patriarchate is actually little more than a “puppet church” and an obedient tool of Ukrainian policy. Filaret supports the Ukrainian government as he had supported the Soviet one, advocates Ukrainian nationalism and visits the USA to demand more weapons against Russian aggression. But he publicly claims that he won’t bend before Constantinople. It means that the case of the UOC KP being subject to the Ecumenical Patriarchate has not been discussed. Ukrainian officials openly state this at the negotiation table. Phanar is presented with some bonuses, but it won’t be made a full-fledged participant of the process.

As a result, on the one hand, Constantinople would be unlikely to greatly increase its influence in Ukraine, and on the other, being the Ukrainian government’s puppet, would stir the flames of the conflict between the Orthodox Kyiv and Moscow, which would undoubtedly cause a backlash from the ROC.

Probably, those Ecumenical hierarchs who believe that their return to Ukraine, thereby provoking a conflict, is a good idea should calm down and think whether the game is worth it. All Constantinople will actually get are a couple of real estate items. Meanwhile, Patriarch Bartholomew’s lasting attempts to unite the Orthodox Churches would lead to its opposite effect – yet another confrontation.

See other posts by Jelena RAKOCEVIC 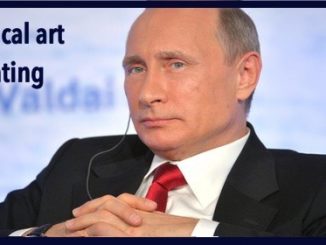 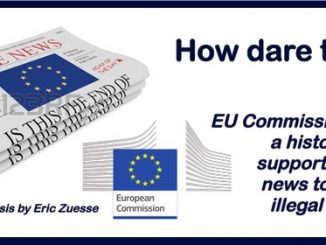 Since the EU perpetrates so much fake news, what reason is there to trust you to censor ANYTHING? 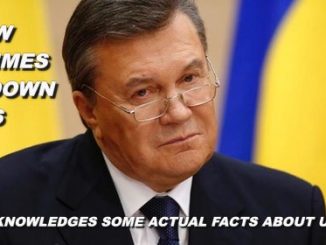