Cheap Dignity of the Ukrainian Revolution

Canale 5 is the most watched TV channel in Italy.

Why is this corporate media report, which reveals the “unspoken truth” regarding the February 2014 Kiev Euromaidan coup d’Etat, not the object of mainstream news coverage?

It emanates from the MSM yet it is tagged by the mainstream media as pernicious media disinformation.

While the independent media (including Global Research) is ensuring its distribution outside Italy, the Western corporate media remains silent on the underlying political causes, perpetrators and consequences of the 2014 Kiev EuroMaidan coup d’Etat.

The interviews with three snipers of Georgian nationality, conducted by the Italian journalist Gian Micalessin and aired as a breathtaking documentary on Milan-based Canale 5 (Matrix program) last week, still have not paved their way into the international mainstream media. That is hardly surprising taking into account the bombshell evidence against the real perpetrators and organizers of the 2014 coup d’etat in Kiev, generally known as the “revolution of dignity“.

The documentary features Alexander Revazishvili, Koba Nergadze and Zalogi Kvaratskhelia, Georgian military officers  who were recruited to carry out a “special mission” in Kiev by Mamuka Mamulashvili, a close aid of Mikhail Saakashvili’s former defense minister Bacho Akhalaia. They claim that on Jan 15, 2014, they landed in Kiev equipped with fake documents and were transferred to Maidan. Having received 1,000 USD each and being promised another 5,000 USD after the “job is done”, they were tasked with preparing sniper positions inside the buildings of Hotel Ukraine and Conservatory, dominant over the Maidan Square. Map of the Maidan square in Kiev and surrounding buildings

The facts they exposed afterwards were shocking. Along with other snipers (some of them were Lithuanians), they were put under command of an American military operative Brian Christopher Boyenger (his Facebook page is here). The coordinating team also included Mamulashvili and the infamous Segrey Pashinsky, who was detained by protesters on Feb 18, 2017 with a sniper rifle in the boot of his car and  later headed the first post-Maidan interim president administration of Ukraine. The weapons came on stage on February 18 and were distributed to the various Georgian and Lithuanian groups. “There were three or four weapons in each bag, there were Makarov guns, AKM guns, rifles, and a lot of cartridges,” witnesses Nergadze.

The following day, Mamulashvili and Pashinsky explained to the snipers that they should shoot at the square and sow chaos. “When Mamulashvili arrived, I also asked him. Things are getting complicated, we have to start shooting – he replied that we cannot go to presidential elections. “But who to shoot?“ I asked. He replied that who and where it did not matter, you had to shoot somewhere so much to sow chaos.”

“It did not matter if we fired at a tree, barricade, or those who tossed a Molotov, what counted was making panics.”

“I listened to the screams,” recalls Revazishvili. “There were many dead and injured downstairs. My first and only thought was to leave in a hurry before they caught up with me. Otherwise, they would tear me apart.”

Four years later, Revazishvili and his two companions report they have not yet received the promised 5,000 USD bills as a payment and have decided to tell the truth about those who “used and abandoned” them.

The full documentary with English subtitles is available below (in two parts):

[Two days later a Macedonian news agency, Infomax, organized a 52-minutes long night talk with Koba Nergadze and Zalogi Kvaratskhelia (in Macedonian) in which they provided more detail about their backgrounds and mission to Kiev.]

These three men are presenting themselves as repented military officers who were simply “obeying orders” and did not know that they “had to kill people“. A naive attempt for professional death squad operatives, to put it mildly. Meanwhile, the fact and time of these confessions and revelations are absolutely synchronized with the ongoing agony of the incumbent regime in Kiev. 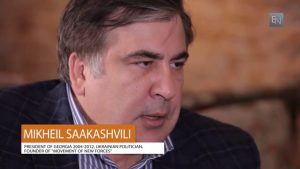 Since the very beginning, the talking Georgians explicitly claim that the operation was initiated by the former president of Georgia, Mikhail Saakashvili (pictured right). Mamulashvili’s chief Bacho Akhalaia (pictured below) was a very close associate and trusted person of the Georgian leader who lost parliamentary elections in October 2012 following  the prison abuse scandal (the Human Rights Watch dedicated a special report to the “Georgian Abu-Ghraib”, Gldani Prison, same month). At the time when the Georgian sniper trio was hired for the dirty job in Kiev, Akhalaia was on criminal trial on charges of abuse of power while heading the 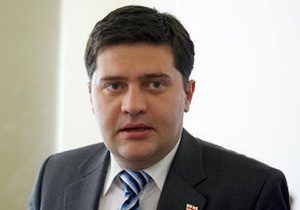 penitentiary branch of the Ministry of Justice, illegal detention and tortures of inmates (in October 2014 he was found guilty by the Tbilisi City Court and sentenced to 7.5 years in prison). One month earlier, in November 2013, Mikhail Saakashvili, facing multiple criminal charges in Georgia, left the country for the United States, and officially settled at Tufts University. He and his stooges, having suffered a painful defeat in the homeland, would  hardly initiate a risky and adventurous project in a neighboring country if only they were not forced to do so by their masters to make up for failing to comply with their mission in Georgia.

Anyway, on the early days of the Ukrainian crisis, the vast Soros-financed network in Georgia (Bacho Alakhaia, a bright offspring of the notorious Mengrel criminal clan, was got on Soros money at the Georgia Liberty Institute since his studentship in early 2000s) was activated to conduct special operations in Kiev.

Four years later and the situation has drastically changed. A showcase democratic alliance of Poroshenko & Saakashvili was broken into shatters. Saakashvili again proved to a be a psychopath unable to build any stable political relationship (since September 2017 Ukraine has been considering extradition of Saakashvili to the Georgian authorities, meeting their request). Meanwhile, on Nov 1 one of the closest aides of Bacho Alakhaia and Saakashvili, former chief of the military police at the Georgian defense ministry, Megis Kardava, wanted to face the same criminal charges in Georgia, was detained with a false passport on the Ukrainian border. The Ukrainian security service has already announced that he would be extradited to Tbilisi within 40 days. Several other Georgians from Saakashvili’s personal protection team were arrested in Ukraine and expelled to their homeland earlier in late October.

All these factors could make the Georgian sniper trio appear preventatively on Italian TV as “voluntary whistle-blowers exposing the truth” about Euromaidan before they are captured and punished as scapegoats.

Prudently enough they named a number of iconic personalities of the incumbent regime in Kiev – Andriy Parybiy (currently the Chairman of Verkhovna Rada of Ukraine), Segrey Pashinsky (member of parliament representing pro-government People’s Front) and Vladimir Parasyuk (another charismatic parliament member) – as organizers and coordinators of the massacre on the Maidan square on Feb 20, 2014.

Their claims are confirmed by other evidence. The most comprehensive collection of such facts so far was carried out by a professor at the University of Ottawa Ivan Katchanovsky (he also commented on the Italian documentary last week).

Whatever we feel towards the repented snipers, their public confessions do not exonerate them from the responsibility of deliberately killing people. They were not soldiers on the battlefield during a declared war. They could not be ordered by their commanders. They were hired for money to do a dirty job, and they were aware that what they were going to do was a dirty job. Their jabbering as an attempt to prove the opposite is ridiculous.

So this trio, Alexander Revazishvili, Koba Nergadze and Zalogi Kvaratskhelia, as well as those who hired and ordered them – Mamuka Mamulashvili (currently he is the commander of the Geogian Legion in Donbass), Brian Boyenger (he fought on the Ukrainian side in Donbass in 2015-2016) – and other snipers from Georgia, Lithuania and Ukraine have to face trial in Ukraine or any other country whose citizens perished during the Euromaidan. Next should come the turn of the Ukrainian politicians, principal beneficiaries of that massacre – those named (Andriy Parybiy, Segrey Pashinsky and Vladimir Parasyuk) and still unknown to the public. The “Heavenly Hundred”, perished on Maidan square in 2014

As a matter of fact, this still underreported story totally undermines the legitimacy of Poroshenko’s regime. The crocodile tears of the incumbent rulers of that long-suffering nation over the graves of the victims of “revolution of dignity” from now onwards will every time only emphasise and highlight the former’s role in the mass killing of their own supporters. Having paid a puny 1,000 USD to every foreign sniper, they came to power to abuse the dreams and trust of the millions of citizens of Ukraine. That was the real price of the Ukrainian “dignity” for the masterminds of their national catastrophe. 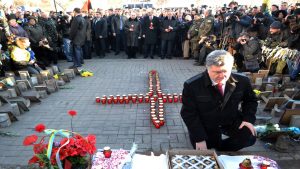 Poroshenko at Heavenly Hundred memorial in 2014

ER recommends other articles by Global Research, and Oriental Review where this article originally appeared 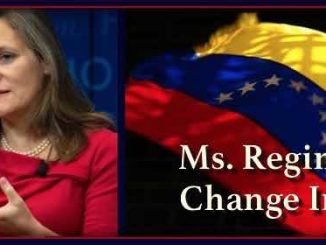 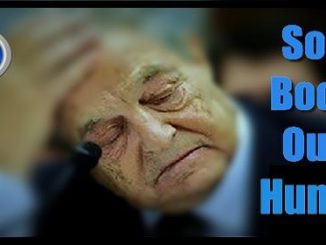