ER Editor: Around the last week of May, Nigel Farage went out into the English Channel to get raw footage of illegal migrants coming over to the UK from France, apparently with the ‘encouragement’ of French forces. He posted this Twitter link on May 21 (see here) and from around that time, he’s posted many other videos and articles on the same phenomenon. They’re worth checking out. Below is a 10-minute video of one of his earlier Channel forays. This gives context to the Migration Watch UK report published below.

The video is worth watching to the end because Farage and his crew are actually threatened if they film the handover of migrants from the French navy onto UK craft.

MW UK’s report below, fully referenced and broken down into statistics, has one take-away idea: the number of illegal migrants entering the UK from France via Channel crossings is increasing. For 2020, up to early June, 1,940 people have entered in this manner – and presumably those are only the ones we know about. At ER we believe all these numbers are lowballed figures, but they are all we have to go on as no official figures are kept. Compare that 1,940 figure to the whole of 2019 – 1,892.

The government assures us that the UK border is ‘secure‘ (Parliamentary Answer) while admitting that the number of illegal cross-Channel arrivals is ‘rising‘. More than 4,100 people have come here via unauthorised crossings from safe countries such as France and Belgium since the start of 2018.
.

.
This after £62 million of taxpayers’ money has been spent jointly with France to stop illegal immigration since 2015 (Parliamentary Answer, 19 May 2020 – also read our short briefing paper).Many people are actually brought to the UK by the Border Force after being encountered the Channel. More than 1,500 people have arrived since the Covid-19 lockdown began on 23 March (see media report).A clear majority (60%) of the public said they think the government is not taking sufficient measures to stop the problem (2020 Deltapoll – see summary).

Only 6% of those arriving in this manner were returned to France in 2019.

Read more in our detailed paper on illegal channel crossings (published 8 May 2020), which was covered in The Times, the Daily Telegraph and Mail Online.

As there are no regularly-released official figures, these estimates are based on both specific information released by the Home Office and on individual media reports:

1,892 people successfully crossed the Channel (BBC News). This includes most of the estimate that 1,456 people believed to have arrived between December 2018 and October 2019 (Sky News). Of these, the Home Office said it had returned ‘over 85’, which means that only around 6% – or one in 17 – were sent back. It appears that 400-500 made it to the UK between October and the end of 2019 (figure compiled from individual media reports). The total understood to have been returned during 2019 is 125.

1,940 people have crossed already this year (this is based on individual and compiled media reports (see Annex A below).

Breakdown of reported arrivals during 2020 so far

– 1,940 people are believed to have successfully crossed the Channel illegally so far in 2020, (including 1,561 people since the Covid-19 lockdown began on 23 March). This included those arriving in the following reported incidents: 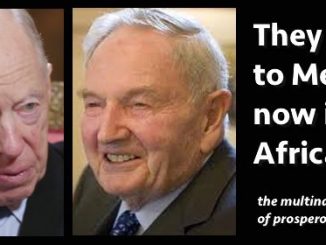 Neocolonialism and the “Migrant Crisis” – The Elite Rape of Africa

The French Elites Against The Working Class

Why I’m voting Brexit in the European elections – George Galloway