ER Editor: See also this interesting piece from yesterday by Al Jazeera which consulted legal experts on Assange’s current situation, titled UK interior minister signs US bid to extradite Julian Assange. Home Secretary Sajid Javid (pictured) has signed the US extradition request, and now it is up to the courts to hear the case. Of note: 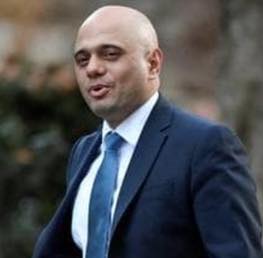 But the home secretary adding his signature to the US request was “a formality”, Nick Vamos, the former head of extradition at the Crown Prosecution Service, told Al Jazeera.

“That is an entirely separate question from whether the request will be granted, which is a matter for the court based on the various tests and bars set out in the Extradition Act 2003, which includes that extradition has to be compatible with Mr Assange’s human rights,” said Vamos, now a partner at Peters & Peters Solicitors.

The decision to extradite will ultimately come back to Javid:

But Assange may appeal it:

“At the end of the proceedings Mr Assange would be able to appeal the decision of the home secretary. When he was last before the courts, pursuant to a European arrest warrant from Sweden, the case went all the way to the Supreme Court.”

Britain’s Home Secretary has revealed he has signed a request for the extradition of WikiLeaks co-founder Julian Assange to the US, where he is accused of violating the Espionage Act.

Speaking on BBC Radio 4’s Today program, Sajid Javid said that he signed and certified the papers on Wednesday, with the order going before the UK courts on Friday.

The US justice department has filed 17 new charges against the Australian journalist. In May, he was additionally charged with one count of conspiring with Chelsea Manning, the former intelligence analyst and whistleblower, to gain access to the US Pentagon network.

Assange is currently serving a prison sentence in the UK for jumping bail. The 47 year-old was too ill to appear last month at the latest hearing at Westminster magistrates court in relation to the US request.

The hearing has been rescheduled for Friday and, depending on the state of his health, may take place at Belmarsh prison, where he is being held.

The journalist spent over six years living under asylum in the Ecuadorian Embassy in London out of fear Britain would hand him over to the US. He was forcibly dragged out of the building in April after the South American nation decided to evict him.

His arrest and subsequent imprisonment prompted much public outcry. Human rights activist Peter Tatchell believes a near maximum sentence of “50 weeks is excessive and disproportionate.”

The WikiLeaks co-founder’s health has been of particular concern to his supporters. His lawyer, Per Samuelson, told reporters after visiting Belmarsh at the end of May that “Assange’s health situation… was such that it was not possible to conduct a normal conversation with him.”

The UN Special Rapporteur on Torture, Nils Melzer, who visited Assange in Belmarsh, claimed that he showed clear signs of degrading and inhumane treatment, which only added to his deteriorating health.

The publishing of the Iraq War footage showing a US Apache helicopter shooting dead 12 people, including two Reuters staff, is one of the most significant and talked-about exposures made by his WikiLeaks organization.

Just one week before Hillary Clinton became the Democratic Party’s nominee for president in 2016, WikiLeaks released thousands of emails showing that top party figures had collaborated to ensure that Senator Bernie Sanders did not win the nomination. The leaks forced DNC chair Debbie Wasserman-Schultz to resign. 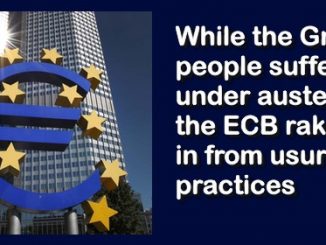