Whenever the name Great Britain is brought up, we start thinking about gloomy skies, Victorian Gothic mansions, perfectly dressed gentlemen and ladies, massive fleets and Shakespearean tragedy. But what do we really know about the UK and the way it treats the most valuable thing any society has – its minors.

If we are to take a look at the recent revelation made by the Independent, one in five British children lives in homes that are severely food insecure according to a report drafted by the Environmental Audit Committee of the House of Commons in the Parliament of the United Kingdom. 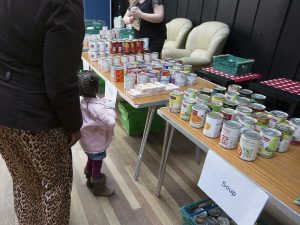 It would add that the government has been accused of presiding over “significant and growing” hunger as a report warns that one in five children in the UK live in homes that are severely food insecure – making it the worst for child hunger in Europe. A combination of high living costs, stagnating wages and the rollout of universal credit has led to a steady rise in food insecurity – yet ministers have allowed the issue to “fall between the cracks.”

Furthermore, a recent study of food poverty in the UK found that the families of nearly 4 million children would struggle to afford enough fruit, vegetables and other healthy foods to meet the government’s nutritional guidelines.

As the chief executive of the Child Poverty Action Group, has recently said:

“That we should need reminding of the UN’s sustainable development goals in such a rich country is a scandalous development.”

Yet another survey commissioned by the National Health Service found that one in eight children in England between the ages of 5 and 19 suffered from at least one mental disorder by the time the assessment was made back in 2017. The survey, which was published in November, also indicated a slight increase in mental disorders in 5 to 15-year-olds, which rose to 11.2% from 9.7% in 1999. Disorders like anxiety and depression were the most common, affecting one in twelve children and early adolescents, and appeared more often in girls.

In the opinion of Imran Hussain, the director of policy and campaigns for Action for Children, this whole situation is a major mental health crisis among minors.

However, instead of solving the most pressing social problems that British society is facing today, the sitting ruling elite of the kingdom would rather prefer to conduct psychological experiments on British minors, even though there’s been an  abundance of those already.

Thus, hundreds of schools across the UK are now preparing to expand the traditional curriculum with a new subject: mindfulness. Students will start to practice mindfulness as part of a study to improve their mental health. It’s said that British children will be bound to work with mental health experts to learn relaxation techniques, breathing exercises and other methods to “help them regulate their emotions.”

Yet another problem of the British society is the aggressive transgender propaganda that floods the local media, in spite of the fact that one’s exploration of his or her sexuality is an extremely sensitive issue for any individual at the age when he or she is the most susceptible to outside interference. However, local journalists are determined to force the issue all the same. Yet, when anyone decides to dispute this issue, they would most certainly be silenced or ridiculed. It has come to the point when social services threaten to take boys into care if their parents refuse to let doctors give them powerful sex-change drugs.

According to Mail Online, a total of 17 pupils at a single British school is in the process of changing gender. (ER: we highly recommend this Daily Mail article!) Most of the youngsters undergoing the transformation are autistic, according to a teacher at the institution, who said vulnerable children with mental health problems were being ‘tricked’ into believing they are the wrong sex. Moreover, it’s been revealed that a local whistleblower reported that few of the transgender children are suffering from gender dysphoria – the medical term for someone who feels they were born in the wrong body – but are just easily influenced, latching on to the mistaken belief they are the wrong sex as a way of coping with the problems caused by autism.

Of course, the American Thinker would reveal to us that a lot of physicians have warned the world against this mania, by pointing out that a great many people who have gone through the change have experienced “transgender regret” and even committed suicide. Yet, the media remains silent on this issue, and still there’s no arguing that the most disturbing aspect of this frenzy by far is public intimidation, the insistence that everyone is bound to adhere to the delusional neo-liberal fantasies.

However, it’s clear that parents are getting increasingly more concerned that the only NHS gender clinic for children is risking a “live experiment” by sending hundreds for life-changing medical intervention without sufficient evidence of its long-term effects. Is it of any wonder then that those employed by the National Health Service are quitting their jobs en masse out of fears for their personal safety and the deep moral dilemma they were forced to face.

The above mentioned facts, of course, do not represent the entire picture to London’s most recent approach to raising children. However, they may be described as representative enough to provide us with the concept of how instead of addressing the most pressing issues at hand, local authorities are deliberately making the situation worse.

Is the establishment capable of solving these and other problems accumulated in the UK? Is there any future at all for the local children when they are forced to deal with challenges that most adults find hard to approach?

Grete Mautner is an independent researcher and journalist from Germany, exclusively for the online magazine “New Eastern Outlook.” 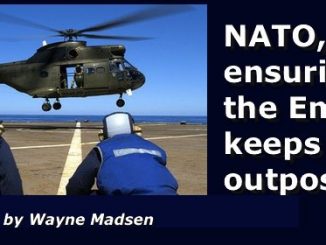 A disproportionate interference: the Coronavirus Regulations and the ECHR — Francis Hoar Q.C. 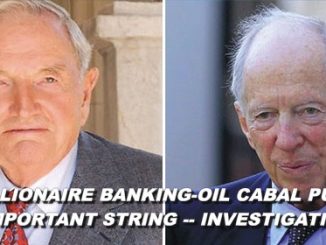 Who Rules the Anglosphere?