Austrian Foreign Minister Sebastian Kurz called on Sunday for the opening of refugee centers outside the European Union, suggesting Georgia and the Western Balkans as possible locations.

MOSCOW (Sputnik) — Kurz (pictured) stated that refugee facilities could be located in such countries as Egypt, Georgia or in one of the countries of the Western Balkans.

“We need refugee centers outside the European Union, which would be managed jointly with the UNHCR [UN Refugee Agency]. Their location is not so important. It is important that they will provide protection, and that people, trying to enter Europe illegally, will be returned there,” Kurz told Bild am Sonntag newspaper.

In May and September of 2015, the European Commission published its roadmap for migrants allowing for the relocation of 160,00 migrants who had turned up in various countries — notably Greece, Italy and Hungary — amid the chaos of mass movement and inadequate border controls. These migrants would be ‘processed’ and then redistributed around EU member states according to an “emergency” plan a mandatory quota system.

Meanwhile, migrants who had made their way to other member states were supposed to be returned back to Greece for processing, under the Dublin agreement, as they had not originally been processed there. However, that scheme has also run into difficulties — not least because of opposition from human rights groups.

Amnesty International has criticized the ‘Dublin returns’ policy because conditions in migrant camps in Greece are already inhumane, largely because of the numbers being detained in them pending their return to Turkey, under the controversial EU-Turkey migrant deal.

The European Union has experienced a massive refugee influx over recent years. Hundreds of thousands of people have been fleeing violence in the Middle East and North Africa to seek asylum in European Union member states. 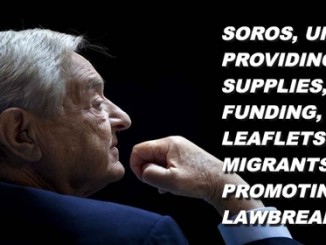 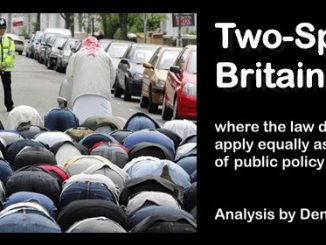 The Death of UK Democracy? – Part I 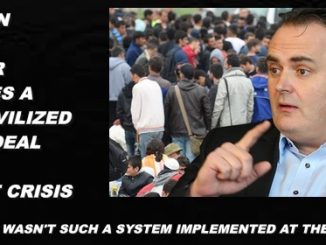