ER Editor: Incidentally or not, Argentina’s president Alberto Fernandez can be found on the World Economic Forum‘s website here. He was one of the attendees at June’s G7 Summit in Germany, along with leaders of Indonesia, India, Senegal, South Africa and Ukraine.

Ukraine and Zelensky speak for themselves. A reminder that South Africa’s Cyril Ramaphosa is in trouble currently:

Governments of the G7 are not in very good shape either, or are experiencing strange one-of-a-kind events. Here we are thinking of UK government formerly under Boris Johnson where over 50 members of the government ‘stepped down’ this past month (many FBI agents were reportedly seen in the Houses of Parliament); Italy with former ECB head Mario Draghi departing; Germany with such severe energy difficulties and threats to its economy that could bring down its government over a period of time; and France where Benjamin Fulford claims there is a criminal investigation happening around Macron. Japan also had the recent ‘assassination’, which could be a false flag, of former PM Shinzo Abe (who is rumoured to be dead already), but we’re not sure precisely what is happening there. ‘Biden’ just ‘got Covid’ again. And Justin?

The report below illustrates the globalists’ scam on nation states, to indebt them so heavily leading to social collapse and dependency of the people on government and, in turn, the government on the globalists … further showing how left-wing governments buy into / play into the globalist trap economically. (We know that ‘right’ no longer exists, that both sides of the artfully constructed divide have merged into the same agenda.)

We have no idea who is behind these protests against the government, but suspect we might be watching circumstances deliberately designed to topple it, a speculation which proves nothing.

Meanwhile, Argentina is applying to join the sane organization – BRICS, along with many other countries. Which appeals to the idea of NATION STATE, many of which are now using de facto gold-backed currencies, and not the fiat dollar under cabal control, and which are producing tangible goods and services for sale and revenue generation. Normal stuff.

Authored by Autumn Spreadermann via The Epoch Times (emphasis ours)

Protests have erupted in Buenos Aires over the past 90 days and continue to build inside the capital as residents battle with their center-left government over sizeable amendments to social programs.

Cuts to subsidies in the energy sector based on household income already began in June.

Other subsidies, including the country’s notorious welfare program, are also on the chopping block, triggering thousands of angry residents to take to the streets.

State-sponsored aid for civilians has soared in the past 20 years, leaving 22 million Argentinians dependent on some form of government assistance.

In the first quarter of 2022, the national employment rate was 43 percent, according to government figures.

The country’s state funded programs extend to nearly every aspect of the economy, from wages to utilities, education, and health care.

Concurrently, inflation in the South American nation hit 58 percent in May and soared above 60 percent in July. By comparison, national inflation was just over 14 percent in 2015.

Harry Lorenzo, chief finance officer of Income Based Research, told The Epoch Times the spending habits of Argentina’s government are at the root of the escalating problem.

“The Argentine government has been grappling with a collapsing economy for some time now. The main reason for this is the government’s unsustainable spending, which has been funded in part by generous welfare programs,” Lorenzo explained. (ER: that is one explanation …)

Cries for more state money, freedom from the International Monetary Fund (IMF), and for President Alberto Fernandez to step down echoed within the angry crowds gathered near the president’s office—Casa Rosada —during the nation’s independence day celebration on July 9.

Since then, scheduled demonstrations have continued, led by professional protest organizers or “piqueteros” demanding the abolition of the proposed subsidy cuts and a wage increase.

“This is madness. What the piqueteros are asking for is madness,” Alvaro Gomez told The Epoch Times.

Gomez has lived and worked in Buenos Aires for more than 15 years and currently is a taxi driver. As the years have passed, he’s watched his country dive deeper into economic chaos.

“I’ve seen five presidents come and go in that time; nothing has improved. Half of our country doesn’t want a job, and the ones that do, don’t want to pay the taxes for the others,” he said. 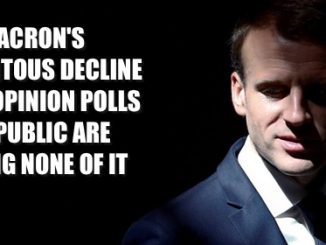 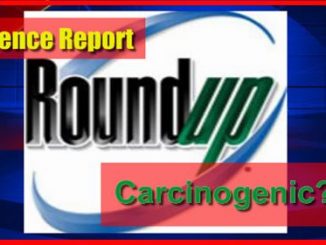