The globalist elites are clearly worried. The Brexit referendum in the United Kingdom was believed by the elites and their media to be heading for the UK remaining in the European Union. The political prognosticators and television chattering class were dead wrong. The UK is exiting the globalists’ top experiment for global governance, the increasingly-federalist European Union, and other members are poised to follow with their own exit referenda and withdrawal from a postwar monstrosity crafted in the 1940s and 1950s by industrialists, bankers, and outright fascists.

The globalists have reacted to Brexit by staging summit meetings intended to demonstrate that the goal of globalization continues unabated. The «Three Amigos Summit» held at the end of June in Ottawa was a lame attempt to continue with policies that advance open borders, «free trade», and eventual political union. Canada’s Prime Minister Justin Trudeau used the occasion to announce that Canada was dropping visa requirements for Mexican nationals. That was music to the ears of Mexican President Enrique Pena Nieto, who has been a bitter critic of US Republican presidential standard bearer Donald Trump’s plan to build a wall on the US-Mexican border. President Barack Obama used the summit to push for another globalization contrivance, the Trans-Pacific Partnership (TPP), which also includes Mexico and Canada. All three leaders spoke of an increasing «union» between their countries. Obama, Trudeau, and Pena Nieto are pushing against a global popular push for decentralization, not more political federalization among nations and borderless political unions.

The Three Amigos Summit will be followed in September by the European Union summit in Bratislava, the Slovak capital. Shaken by the Brexit vote, EU federalists, including EU Commission President Jean-Claude Juncker, German Chancellor Angela Merkel, and EU Council President Donald Tusk, will gather in an attempt to stop the hemorrhaging of more EU member states that are demanding their own «exit» referenda. Their efforts, barring some global catastrophe, such as a world war, are doomed to failure.

Scotland, after losing its independence referendum in 2014, cleverly backed the «Bremain» referendum on continued UK membership in the EU by an overwhelming majority. In fact, the Scots are almost as unhappy with the EU as are the English and Welsh, both of whom voted for Brexit. However, by voting to remain within the EU, Scotland has its best ever chance for achieving independence from the UK. Scotland’s First Minister Nicola Sturgeon was warmly welcomed in Brussels at EU headquarters, something that would never have happened with her predecessor Alex Salmond during the 2014 Scottish independence campaign when Spain threatened to eject Scotland from the EU if it opted for independence. The Spanish government is trying to prevent independence for Catalonia. As much as the government in Madrid makes threats, the cause of Catalonian independence appears more achievable, especially as the EU caves in from within. After a Scottish Scotxit, a Catalonian Catxit from Spain appears to be on the near horizon. 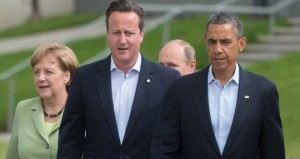 Northern Ireland, which is enjoying an open border, under the EU aegis, with the Republic of Ireland, also decided by a majority to remain in the EU. There are serious conversations among the once-great divide between Northern Ireland’s Catholics and Protestants about leaving the UK and remaining inside the EU as part of a united Ireland. Lest any of the Eurocrats in Brussels think that the Northern Irish or the Scots are enamored of the EU, both camps are putting their own nationalistic goals ahead of those of the Brussels crowd. If the EU ever becomes a threat to a united Ireland or an independent Scotland over issues like increased Muslim migration to the Scottish Highlands or the Emerald Isle, Scotland and Ireland will make as quick an exit of the European monster as did the English and Welsh.

In any event, the UK appears to be heading for the pages of history books, along with other «former» nation-states like the Union of Soviet Socialist Republics, Czechoslovakia, Yugoslavia, Senegambia, the Federation of the West Indies, and the United Arab Republic. And such an occurrence is a threat to the globalization plans of the powerful cabals of Brussels, Frankfurt, London, New York, and Washington. The dissolution of the UK also threatens the old Cold War relic NATO, the armed muscle for the globalization cabalists. The Scottish National Party, which would lead Scotland into independence, is anti-nuclear and wants the UK to withdraw its nuclear submarines from Scottish waters. The end of the UK also means possible independence for such non-UK territories as the Isle of Man, Jersey, and Guernsey to go their own ways. Such small independent states are unlikely to join NATO because they would not need any advanced warplanes from Lockheed Martin and tanks from BAE Systems, requirements for new NATO members as part of the «buy in» to the West’s exclusive military club of contract kickbacks and extortion rackets.

The global dysfunctionality has spread in a very big way to the United States, where Trump has questioned the purpose of NATO and a socialist who opposes large scale military spending, Bernie Sanders, came close to dumping Hillary Clinton as the Democratic presidential nominee.

As far as some Americans calling for exits for their states, for example, Texas’s Texit, they are not necessarily all right-wing xenophobes. The calls for a restored Republic of Texas are coming from some anti-immigrant racists. However, some Hispanic Texans whose forefathers fought for the Republic of Texas against the Mexican forces of Mexican General Santa Anna at the Alamo and the Battle of San Jacinto, also want an independent Texas. Some Californians want a Calexit and a restored California Republic if Trump wins the presidency. These Californians are far from being racists. Those calling for a NHexit, New Hampshire’s independence, are garden-variety anti-tax libertarians, while their neighbors in Vermont, who want a Vexit and a Second Vermont Republic, are at the left of the political spectrum. Hawaiians who want a Hexit and a restored Hawaiian Kingdom have significant historical and legal justifications for their demands. And Alaskans favoring an independent Alaska Republic also feel that Alaska, bought at a bargain price by the US from Russia, has legitimate claims to independence. 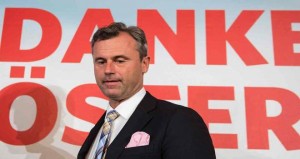 Merkel’s policy of open borders for migrants from warring Muslim nations has seen a presidential election overturned in Austria. When the anti-immigration Austria Freedom Party candidate Norbert Hofer lost the presidential race against the pro-migrant Green Party candidate Alexander van der Bellen, the Freedom Party cried foul. The party claimed massive fraud with the postal vote and the Austrian Supreme Court ruled they were correct. A new vote will be held in October and if Hofer wins, as he would have had it not been for the globalist-directed election fraud in May, another significant long knife will be drawn against the EU. Hofer’s most memorable quote from the previous campaign was, «To those in Austria who go to war for the Islamic State or rape women – I say to those people: ‘This is not your home.’» Far from being far-right rhetoric, a majority of Austrians and Europeans agree with Hofer. Only the George Soros-controlled media, along with their corporate allies at Reuters, Bloomberg, Axel Springer, and the Associated Press, find the comments of Hofer and his allies in Germany, France, Britain, and other countries to be distasteful. But these media operations only represent the interests of globalization, as witnessed by the fact that their leading editors and journalists have been invited repeatedly to such conclaves as Bilderberg, Davos, and Aspen.

The forces behind globalization made their first significant aggressive moves after the peoples of South Ossetia, Abkhazia, Crimea and Sevastopol, Donetsk, and Lugansk opted to govern themselves and not be subject to the whims of hostile Western-installed governments in Tbilisi and Kiev. Now, the West is reaping the whirlwind of their own exits, from Glasgow, Birmingham, and Barcelona to Dallas, Montreal, and Vienna. The net losers will, thankfully, be the globalists and their sordid agenda.

Investigative journalist, author and syndicated columnist. A member of the Society of Professional Journalists (SPJ) and the National Press Club 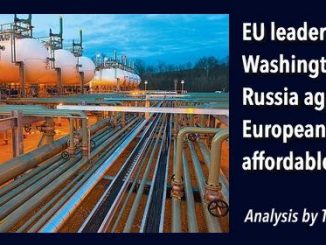 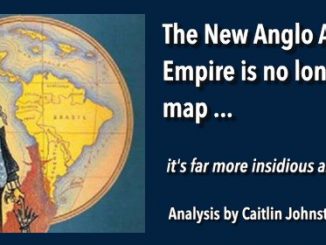 On The Syria Occupation & The New Face Of Imperialism