ER Editor: This article rests on an RT report of Nov 29 (linked to below) of an Indian man who took the Oxford University-AstraZeneca vaccine. See Participant in India’s AstraZeneca Covid-19 vaccine trial sues after experiencing ‘severe adverse effect’. He experienced the following side effects:

Ten days after receiving the shot, the man complained of a pounding headache and experienced vomiting, his wife told local media. He was bedridden and acting abnormally before being transferred to the emergency ward of the Sri Ramachandra Medical College and Hospital. A review by the hospital concluded that the medical problems were not linked to the vaccine, and a medical official cited by Indian media claimed that the patient was “now alright” and had not incurred any expenses stemming from the health episode.

The man’s discharge summary said he requested to leave the hospital and was recovering from “acute encephalopathy”. He also suffered from deficiencies of Vitamin B12 and Vitamin D, and was suspected of having a “connective tissue disorder.”

However, the man’s wife insists that he has not fully recovered and is unable to work as before.

Readers may also be interested in this report about the AstraZeneca vaccine from Nov 27, and how the WHO judges not enough information about their vaccine to be forthcoming. See ‘More information needed’: WHO says it needs more than just press release to assess AstraZeneca’s Covid-19 vaccine.

CHENNAI, India, December 11, 2020 —A 40-year-old Indian businessman who suffered a “neurological and psychological” breakdown after taking a COVID-19 vaccine developed by Oxford University and AstraZeneca is being sued by the Serum Institute of India (SII), the world’s largest vaccine producer, for defamation.

The man’s wife told local media that he began vomiting and complaining of a pounding headache ten days after receiving the COVID-19 vaccine on Oct. 1st, RT reported. His wife says that he experienced confusion so severe, he couldn’t identify close family members.

“He spent 15 days in hospital, including 8 days in intensive care, suffering from acute neuro-encephalopathy (an altered mental state) that left him “totally disoriented,” so much so that he could no longer recognize close relatives,” his wife told reporters, according to Science Magazine.

The man has asked for trials to be immediately halted, and is suing for $676,000 in damages from SII. “The lawsuit also demands that SII, AstraZeneca and the Oxford Vaccine Group immediately halt vaccine trials, in which some 1,600 volunteers are currently enrolled,” reported RT.

In response, SII is suing the man for $13.5 million, calling his allegations “malicious” and complaining of damage to their reputation.

SII stated that the man was “specifically informed by the medical team that the complications he suffered were independent of the vaccine trial he underwent.”

Straits Times has reportedly seen a copy of the man’s discharge summary, and said that it lists as potential causes of his symptoms “existing gastroenteric issues and a hair-loss tablet the man has taken for a year, but not the trial vaccine dose he got 10 days prior to falling ill.”

Serum Institute said in its statement,

“The COVISHIELD vaccine is safe and immunogenic. The incident with the Chennai volunteer, though highly unfortunate, was in no way induced by the vaccine and Serum Institute of India is sympathetic with the volunteer’s medical condition.”

The man’s wife explained that although he is doing “much better” than before, considerable cognitive impairment has lingered, affecting his ability to do even simple tasks.

“Even after two weeks, simple things like online payments… he asks me to do. He never does that. He got a good project during the pandemic; it was an American project that started on October 1. Apparently he has lost that. Because of his condition the clients have moved back. They wanted their work to be done quickly,” she told NDTV.

“My husband has lost his creativity and confidence after he was given the vaccine. Our aim is not compensation. Public ought to know about this.”

“Our question was, why didn’t they halt the trial when such an adverse reaction was seen? At least until they were 100 per cent sure? How could they administer vaccine again to volunteers before informing them,” his wife continued.

Such trial pauses are not uncommon, noted Science Magazine. AstraZeneca had previously paused one of their own trials “after a suspected serious adverse reaction occurred.”

However, according to analysts, “[SII] does not appear to be using AstraZeneca’s phase III testing protocol, reported the Pulitzer Center.

SII has made “an agreement to produce the vaccine on a massive scale—tens of millions of doses per month— with support from the Bill & Melinda Gates Foundation and Gavi, the Vaccine Alliance,” Science Magazine pointed out.

“The collaboration between Gavi, SII, and the Gates Foundation supports the efforts of the ACT Accelerator’s vaccines pillar, also known as COVAX, co-led by Gavi, CEPI and the World Health Organization (WHO), to accelerate the development of COVID-19 vaccines and ensure rapid, global access to them,” the SII website states.

One critic of SII’s decision to sue the vaccine trial volunteer, an independent expert in evidence-based medicine, Hilda Bastian, stated,“Maybe there’s a worse way to handle this, but I find it hard to imagine one.”

Update on Ukraine – Putin Lays It All Out 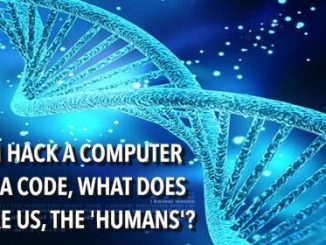 ‘Brains linked to computers will kill our inner freedom’ 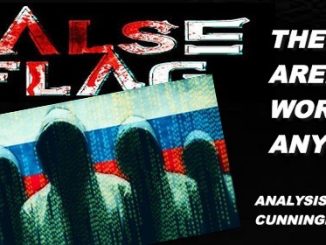 The US Deep State in Deep Trouble