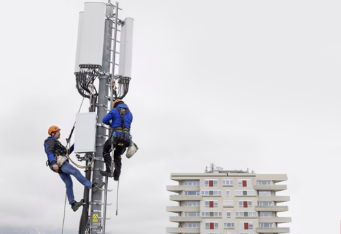 This article was originally published in French on L’illustré, translated into English by Claire Edwards on EMFacts Consultancy.

Since 5G antennas were installed near their home in the heart of Geneva, these residents of the same area have been suffering from various health problems. Are they victims of a technology whose dangers were not sufficiently tested? A doctor and member of parliament speaks out.

Gathered in the apartment of one of the two, on the fifth floor of a building in the centre of Geneva, these residents of the same area look at each other. What they have in common is insomnia, tinnitus, headaches. And a lot of unanswered questions. The youngest, Johan Perruchoud, 29, has lived there for 11 years and is not the type to cultivate any sort of hatred of invasive technology. He is a healthy young man, active and positive, who has just returned from four years in New York and makes finely crafted videos and films for the media or for individuals, often working in his room with his computer.

For him and for his neighbour it all started in April.

“I’ve never had a problem with Wi-Fi or any of that and never had problems sleeping – and then suddenly I had trouble falling asleep. In particular at home I felt – how can I put it? – like I was in a microwave. I didn’t feel good in the house, as if I was surrounded by ghosts.”

When he looked on Facebook and on the website of the Confederation, he saw that three 5G antennas had been put into service nearby and that other people were complaining of identical problems, headaches, tiredness.

“Was it psychological? I don’t know. But for the first time, although I have never had earaches while composing my music, my ears started whistling. It woke me up at night. All of this was unusual.”

He was assailed by the unpleasant sensation of being used, caught up in something not of his own making. So he called Swisscom. Scarcely ten minutes after he had filled out the basic form, a representative called him back sounding all empathetic.

“He was immediately on the defensive. He explained to me that tests had taken place and that everything was fine. At the end, for form’s sake, he wished me a good  recovery.”

Today, Johan is a little better, although his sinuses have been blocked for the past two months; an infection he has never experienced before.

“When they installed 5G, I felt bad from one day to the next.”

His neighbour Elidan Arzoni, 50, is not doing any better. On the same day, the actor, stage director and director of the Metamorphosis Company started having the same symptoms, but more acutely.

“It happened overnight”, he says, “My ears started to make very loud sounds, whereas at the time I didn’t even know what tinnitus was.”

At the same time he felt pains on the left side and at the back of his skull. And such violent discomfort in his heart that he thought he was having a heart attack and went to the hospital emergency room two days later. There, after a few tests, he was reassured to be told that he had a “sportsman’s heart”. When he raised the issue of the presence of the antennas, the nurse replied that nobody was trained to provide information on the potential effects of those transmitters. “The only advice I was given was to move. …” To him, there is no doubt: the arrival of the antennas was the cause of his ills. “It is a no-brainer. Even Swisscom confirmed it in terms of the timing. And I’m in very good health, I don’t drink, I don’t smoke, I never go to the doctor.” He states that his wife and children of 9, 16 and 21 are also newly suffering from insomnia.

More vocal than Johan, the actor does not hide his concern. He wrote to the President of the State Council, Antonio Hodgers (The Greens), and simply got told that everything was legal with this new technology.

Dissatisfied, he does not hide his feelings:

“How can we forget that the Confederation is the majority shareholder of Swisscom? As soon as you come up against the financial interests of these people, they go into total denial. Nobody is interested in the citizens. Even the forthcoming report (Ed.: scheduled for the summer of 2019 and produced by a working group in collaboration with the Federal Office for Communication, it was just postponed until the end of the year) will not address the aspect of health. If cases of leukaemia or brain cancers start mounting up, it will take years for them to be confirmed.”

Out of the question to live under an antenna

Since then, he’s coped with his earaches, “but it’s unliveable, it’s very strong”. On Facebook, where he talks openly about his situation, he has to deal with attacks and accept being treated as backward. That said, there is no question of his moving home:

“Why should I leave my home when I’m a citizen of Geneva and I pay my taxes here? That would be totally undemocratic. And where would I go anyway, given that there will soon be antennas everywhere? Right now, I feel like an undesirable. I don’t know where to flee. My work and my children are here.”

Equally disturbing: when he goes to neighbouring France, his pains subside. They come back as soon as he returns to the city. Installed rapidly in Switzerland, 5G antennas raise the issue of the health consequences of electrosmog.

As for Johan, he says that he is gradually getting used to it. However, he has promised himself that if he had children, it would be out of the question for his family to live near an antenna.

“In my view, what’s happening will have an impact on our generation when we’re older.”

Worse: if he understands the progress that 5G can bring in some specific areas such as medical or research fields, he thinks that, “for people, it’s virtually useless”.

The two neighbours’ parting comments are on the same wavelength: “We feel like guinea pigs.” Is anyone going to pay attention?

The precise location of the various antennas on the territory of Switzerland, see this. (ER: curiously, this link gives you an error message in French from the government site)

A doctor declares: “We are in danger of a catastrophe”

The practitioner and PDC member Bertrand Buchs filed the motion for a moratorium on 5G in Geneva. He is sounding the alarm.

What is your reaction to this testimony from citizens?

I’m seeing more and more of this. In the absence of clear studies, we have no right to tell these people that they are imagining their ills.

With the shorter waves of 5G, nobody knows what can happen. Especially when you consider their potentiation, in other words, their mixture with 3G, 4G and Wi-Fi.

Why did you file the motion?

They are treating us like idiots. Where this is concerned, our authorities are going against common sense. The precautionary principle is clearly violated. Why do so many antennas appear in just two months (Ed.: a hundred in Switzerland today and 90% coverage of the territory by the end of the year)? Whereas for any given drug, it takes years to evaluate whether it is good or bad? Everything is going too fast. We are in the midst of a race to be the first operator to have 5G installed, which is happening in such haste, although there is no objective urgency to install 5G. For the population, it’s virtually useless. They could have done as Germany did, where 5G is restricted to certain businesses, and heavily monitored.

As nothing is seen or felt, the public believes that there is zero risk, a bit like in the nuclear field. However, there is a risk of us experiencing a catastrophe in a few years, in terms of tumours, for example. The State will be liable.

What do you recommend?

I repeat, after having tried to inform myself in the databases that I have access to as a doctor: no serious study exists yet, which is not surprising when you know that this technology was developed in China, then in the United States. In Switzerland, we could open up a line for people who feel ill, listen to these complaints and examine them. Our country has the means and the skills. The debate must be launched because this story is far from over. But here, we just get “Move along, there’s nothing to see…”.

All images in this article are from L’illustre

The original source of this article is L’illustre 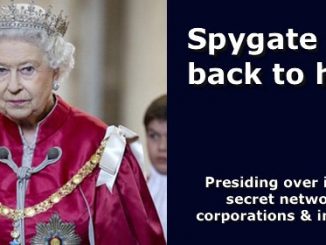 Spy-Gate is Directed by the Crown’s Courtiers in the UK, Not by Russia