Seeking Justice Around the Globe: Lawsuit to Stop 5G Filed in the Netherlands

The Dutch Stop 5G group, Stop5GNetherlands, filed an injunction against the Dutch State on February 25, 2020, invoking an emergency procedure to stop the rollout of 5G.

This lawsuit is joining a growing body of litigation against governments around the globe, including the Children’s Health Defense lawsuit in the US, to protect the health of their citizens, the wildlife, and their natural habitat from the proven harms of wireless technology radiation, and now, 5G.

For many years, large groups of citizens all around the world, including in the Netherlands, have been working to increase awareness of the harmful effects of electromagnetic fields and radiation and are constantly asking their governments to protect the health of their citizens. In the Netherlands, as in other parts of the world, their pleas go unanswered.

Martine Vriens, a human rights attorney and the legal adviser of Stop5GNetherlands, emphasizes that the rollout of 5G is a serious violation of our fundamental human rights. She says:

“The state has an obligation to ensure the health of its citizens and it fails to do so with the rollout of 5G. There are too many studies showing serious health damage from exposure to this radiation. It is unlawful for the government to expose the Dutch population to such a high risk.”

Stop5GNetherlands demanded a moratorium on the rollout of 5G. Before filing the lawsuit, they sent a letter of summons to the Minister of Economic Affairs, with the request to stop 5G. The response, or the lack thereof, was predictable. “Because the ministry did not meet our demand, we initiated the summary proceedings” explains Martine Vriens. Stop5GNetherlands has engaged highly skilled liability and administrative lawyers to conduct this process. The hearing will take place on April 21, 2020, in Hague.

Each generation of wireless over the last four decades has increased the exposure of radiation to citizens around the world.

But there has never been such a profound change in the wireless infrastructure as with the introduction of 5G. 5G is the infrastructure for the Internet of Things, Artificial Intelligence and driverless cars. It will wirelessly interconnect tens of billion more devices, deploys millions of “small cell” antennas near our homes and will use tens of thousands of satellites to radiate Wi-Fi microwave radiation to every corner of the planet. 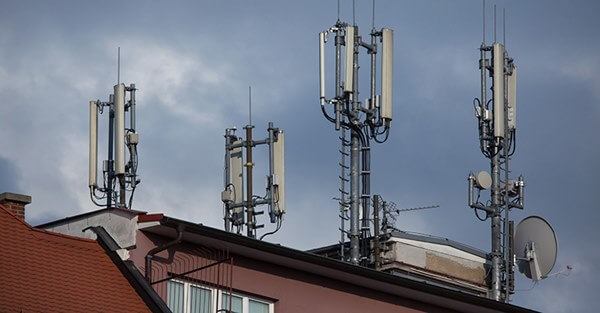 Stop5GNetherlands claims the Dutch government is hiding behind the ICNIRP “safety” guidelines that do not protect humans or wildlife against the harmful effects of RF and Microwave based technologies and radiation. The ICNIRP guidelines, just as the US FCC’s guidelines, are protecting only from thermal effects, and ignore the thousands of peer-reviewed scientific studies proving the harms of non-thermal levels of this radiation. They are also ignoring the well-established effects of the pulsation and modulation of the signals for carrying the data. The guidelines are decades obsolete. The growing human evidence of sickness, which is already in epidemic scale, is a proof of it. With the roll-out of 5G and the increase in radiation intensity, the impact on people and the environment will be enormous.

ICNIRP represents itself as an independent non-profit, which offers scientific advice and presumes to set a “protective” non-ionizing radiation standard. In reality, ICNIRP is a group of telecom industry-friendly members, that personifies the fox watching the hen house. Not surprisingly, ICNIRP recently took the position 5G does not need to be studied. In a recent court decision, an Appellate Court in Italy confirmed that a telecom worker’s acoustic neuroma brain tumor was caused by his cell phone. The Court also stated that studies conducted by ICNIRP scientists are biased because ICNIRPS relations with the Telecom Industry.

The Dutch government, encouraged by telecommunications lobbyists and ICNIRP, only protect from effects of thermal levels of radiation, such as burns, shock, and heatstroke (heating effects). They fail to protect human and wildlife against the much bigger and more relevant picture of nonthermal effects such as DNA damage, cancer, blood-brain barrier permeation, immune system problems, neurodegenerative diseases and widespread neurological effects such as sleep disturbances, cognitive and memory problems, headaches, heart palpitations and other cardiovascular effects and auditory effects.

The failure of governments around the world to protect their citizens from the harmful effects of wireless technology, their reliance on Telecom industry-promoted guidelines, their denial of the growing sickness from this technology and the aggressive rollout of 5G, are the reason grassroots activists, scientists, lawyers, and physicians are donating their time to fight 5G around the globe.

Stop5GNetherlands, is following in the footsteps of citizens groups in the US, Denmark and France, which are asking the courts to hold the government responsible for the health of their citizens.

In the USA, Robert F. Kennedy Jr.’s Children’s Health Defense has recently sued the Federal Communication Commission (FCC) for refusing to revise the 25-year-old guidelines which, just like the ICNIRP guidelines, and despite clear evidence, scientific and human, denies non-thermal health effects.

Robert F. Kennedy, Jr.’s Children’s Health Defense submitted their case against the US government for failing to protect its citizens given the FCC’s refusal to review their 25-year-old guidelines. The CHD’s Petition for Review contends the agency’s actions are capricious, arbitrary, not evidence-based and an abuse of discretion. The Petition was filed on February 2, 2020 in the U.S. Court of Appeals for the Ninth Circuit.

The Stop 5G groups around the globe are communicating, they are sharing science, they are encouraging one another, they are seeking from the courts nothing but fairness and the right for their families and their neighbors to be safe in their own homes, in their places of work and worship, and in the schools their children attend.

“Each time a man stands up for an ideal, or acts to improve the lot of others, or strikes out against injustice, he sends forth a tiny ripple of hope, and crossing each other from a million different centers of energy and daring, those ripples build a current that can sweep down the mightiest walls of oppression and resistance.” 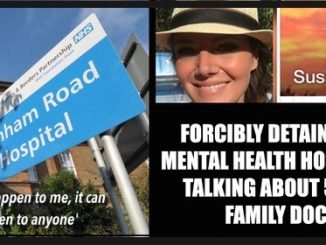 The Hidden Military Use of 5G Technology