Every American who looks at the CIA objectively or in a balanced way and judges it by any number of criteria, such as moral, legal and pragmatic, should reach the conclusion that the CIA should be abolished. JFK wanted to break it into a million pieces. Trump is right to dismiss its intelligence reports about DNC hacking. The CIA war on Trump shows us immediately that the CIA is a rogue organization within the U.S. government and a severe threat to America. 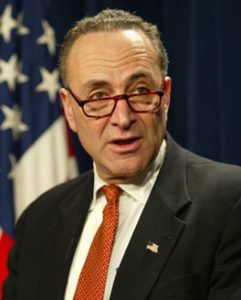 The CIA is an internal threat to the rule of law and to the government that it supposedly serves. Senator Schumer (pictured) acknowledges the CIA’s unbridled power, its subversive power, its power to undermine even a president, especially one that wishes to control or alter the organization, when he says

“Let me tell you: You take on the intelligence community, they have six ways from Sunday at getting back at you. For a practical, supposedly hard-nosed businessman, he’s being really dumb to do this.”

Schumer is saying that the CIA is so powerful that a president should not attempt to control it or else! The CIA is so powerful that elections do not matter when it comes to the CIA. The CIA stands alone. The Constitution that empowers the president as the Executive, the boss of government operations, does not matter. Basic American institutions and laws must bow before the threats that the CIA possesses. This is the assessment of a Senator beginning his 4th term and who is the highest ranking Democrat in the Senate in his post as minority leader.

The CIA is an organization that perpetually undermines traditional American values and moral values. It consistently kills innocent people. It continually causes instability and wars. It undermines other societies and our own. It interferes constantly in foreign nations, to the detriment of them and us. It is an unelected power that challenges elected officials. It favors abuses of power, including torture. Its actual value at generating usable intelligence is minimal, often wrong, often misleading, inaccurate and harmful as in the WMD that were never found in Iraq.

“The Association for Responsible Dissent estimates that by 1987, 6 million people had died as a result of CIA covert operations. Former State Department official William Blum correctly calls this an ‘American Holocaust.’ This quote and a detailed timeline of CIA atrocities is available.

William Blum has listed CIA interventions for us.

All that needs to be done to understand the enormity of CIA crimes against humanity is to associate each of these interventions with the deaths, injuries, disruption of lives and destruction that they have caused. The most recent of these are:

The asterisks indicate a case where the CIA overthrew a government.

As long as Trump is at war with the CIA, a war that the CIA launched against him, not that this matters much because Trump has every right to change the CIA and the CIA has no right to disobey or blacken his name, he should attack the CIA much more completely and thoroughly. It deserves to be attacked. He should abolish it altogether. For a bone to those who have fears that the republic will fall without the CIA, whatever small amount of residual value that is present in its intelligence operations can easily be retained or transferred to other agencies. The latter are already in profuse abundance in Washington. The fact is, however, that the republic is more likely to fall further than it already has in the presence of the CIA than in its absence.

ER recommends other articles by LewRockwell.com

Michael S. Rozeff is a Professor Emeritus from the Finance Department at The University of Buffalo’s School of Management. He has published articles on stock market pricing, earnings forecasting, corporate dividend policy, corporate divestiture, insider trading and the Asian stock markets. He has been associate editor of several finance journals. Rozeff’s recent articles on economics and politics are archived at LewRockwell.com. 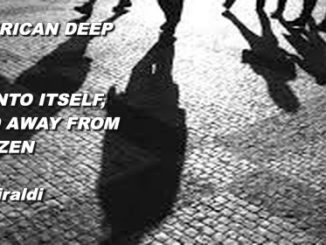 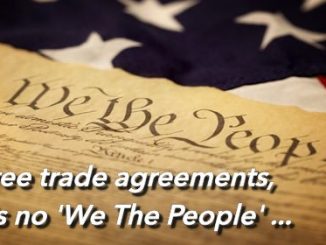 Can We Keep Our Constitution, Our National Sovereignty Under NAFTA?