Since the idea was first floated, there has been rampant speculation about how/when Lega Leader Matteo Salvini would introduce the Mini-BOT parallel currency to assist Italy’s fiscal situation.

Mike Shedlock has a great post on the subject that brings up a number of points about this subject. Well worth the read. Let’s go back and start at the beginning.

The mini-BOT or Mini-Bill of Treasury is a small denomination bond that the treasury can sell, which can be used by businesses and people as an alternative domestic currency.

As Mike brings up, without mandating their usage, Italy skirts the letter of EU law prohibiting any country from issuing its own currency.

The big question is, will there be a bid for these mini-BOTs? Very likely. Relative to the Italian economy, the euro is over-valued, it is too strong. But the euro would be under-valued relative to a mini-BOT trading at par to the euro.

And Gresham’s Law tells us that under-valued currencies are driven from the market and hoarded while over-valued ones circulate. It’s important to dispense with the “bad money drives out good money” idea. It clouds the analysis.

And with the Italian government then saying that they will take the mini-BOT or euros for payments of taxes and fees, now they have a bid. They can then circulate within the Italian economy while scarce euros are preferentially put to use in settling international trade.

The EU is, of course, dead set against this, and ECB President Mario Draghi called this proposal illegal. But that’s irrelevant. The real threat to Salvini’s plans here, which is what Italy needs, is within his own government. 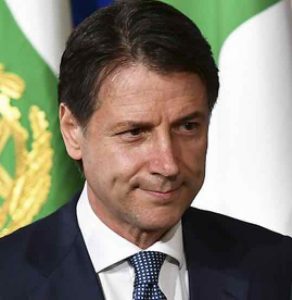 Mike rightly points out that Salvini’s Prime Minister Giuseppe Conte (pictured) is a technocrat. I’ll go one further and remind you what I wrote last week, that Conte, President Sergei Mattarella and Finance Minister Giovanni Tria represent a Troika of Technocrats that work for Brussels and not Rome.

Where I disagree with Mike in his analysis is the political fallout, not the economic analysis.

Salvini did very well in the European parliament elections and many speculate he will trigger elections soon to get rid of di Maio and Conte.

For now, we have the strange case of deputies Salvini and di Maio at odds with Conte and the Economy Minister, Giovanni Tria.

Conte threatened last week to resign last week and he could do so at any time. “I want a clear, unequivocal and speedy response,” Conte said, calling for “loyal collaboration” from all ministers.

The Italian Troika will be the ones who take down the current government if they do it at all. And if the mini-BOT proposal gains steam within the Italian parliament and is forced onto Tria’s table at the Finance Ministry, something has to happen.

Salvini will not take this government down. Salvini has ruled that out as long as Five Star Movement (M5S) goes along with his part of their shared agenda. They got their major plank with Universal Basic Income. Now it’s Salvini’s quid to their quo. 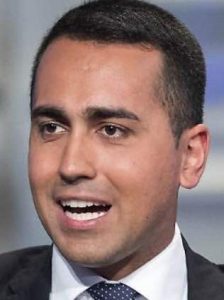 With Di Maio surviving a leadership vote, the coalition is strong. The hardliners within M5S who would give Salvini a harder time have been beaten back.

Salvini’s best play here is to let the traitors hang themselves and let Brussels overplay their hand. Both of these things continue to happen while he keeps coming across as someone intensely interested in solving Italy’s domestic problems and leaving the bigger political problems to themselves.

So it will not be Salvini that takes down this Italian government. It will be Conte, Tria and Mattarella who will do so if they think they can get a hung parliament vote out of the Italian populous, forcing Salvini to ally with a minor party, like Silvio Berlusconi’s Forza Italia, which would have the whip hand in coalition talks.

And that could happen with the new electoral law which only appoints two-thirds of the seats via vote proportion while the other are all chosen via first-past-the-post. I don’t have a good feel for how that would shake out.

But here’s the rub. Just like in the U.K. you’ll notice Jeremy Corbyn not calling for a no-confidence vote in the Tory/DUP government. And we don’t see the DUP pulling out of the failing coalition. Why?

Because they know they would get stomped in a general election to Nigel Farage’s Brexit Party. And then they would lose their best chance to scuttle Brexit before the Tories regroup under Boris Johnson later this summer.

The same calculus is on the table for Mattarella, et. al. Would a new election gain them an advantage over a re-jiggered Lega/M5S government with Salvini as the senior partner? If the answer is no, then the Italian Troika will hold the line for Brussels and use their positions to sabotage Salvini at every turn.

They will only threaten to take down the government if it strengthens their hand. In fact, I think Conte already tried that and Salvini flipped him off, Italian-style.

Moreover, I think taking down the government to keep Brussels happy is political suicide. It will only strengthen Salvini’s hand. And if Lega and M5S campaign on the same issues in parallel, they could sweep in with 60+% of the vote between them and then run the table on the Italian Troika and Brussels. 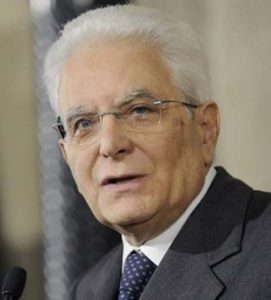 If a new election were to leave Lega/M5S in a stronger position and Mattarella tries to usurp power again, he could get impeached and removed from office. And that would change the entire dynamic.

Italy needs the mini-BOT or to leave the euro entirely. Salvini is right that German Austerity is killing the country, strangling it. And don’t kid yourself – that is the plan.

This is why the EU is threatening Italy with unprecedented budget fines for what amounts to $3 to $4 billion. It’s ludicrous and it shows the weakness of their hand if they are willing to go this route over such a small thing.

But that’s where their only leverage is over the government, through their hand-picked finance minister.

Mike is right that the mini-BOT is a Trojan Horse. In more ways that one. It is the issue that can force the current unstable structure of Italy’s government to its crisis point, and the Italian people can then decide who really works for them.

Support for Gold Goats ‘n Guns can happen in a variety of ways if you are so inclined. From Patreon to Paypal or soon SubscribeStar or by your browsing habits through the Brave browser where you can tip your favorite websites (like this one) for the work they provide. 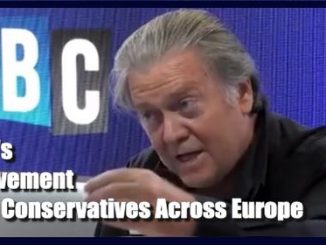 Bucha, Budapest and the Multiplying Problems of Real War Criminals