ER Editor: We remind readers that Giorgia Meloni is affiliated with the Rockefeller Aspen Institute. The fake ‘populist’ right has been permitted for several years now to openly criticize mass immigration, while illegals have been pouring in quietly through the borders. But on other issues, it could be a different story. In other words, Meloni’s a globalist just like the rest of them.

What is the Italian health minister saying below? That he thinks the genetic injections should be withdrawn because they’re demonstrably dangerous? No. That any and all vaccine contracts should be made fully transparent and available to the general public? No. That Ursula von der Leyen be held accountable? No. Just that Big Pharma should be paying for the damage caused. Which is not small. And that contracts should be renegotiated. Hardly likely. This sounds more like grandstanding to us. Why not demand to stop the damage in the first place?

The second short piece speaks for itself. (It is four days old. We’re watching for updates.)

A dramatic change: Italy revolts and demands that the labs pay the compensation for the side effects of the Covid-19 vaccine 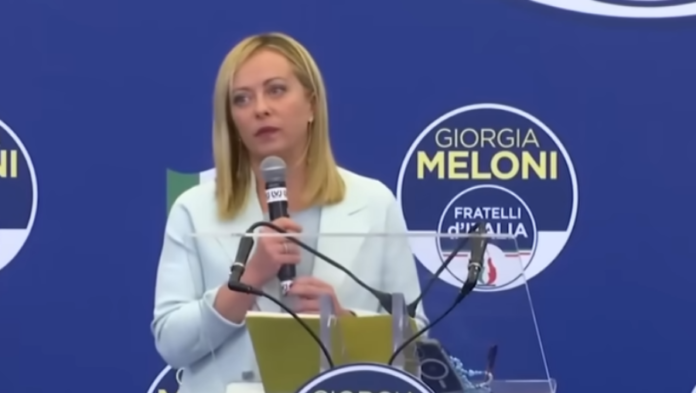 In a speech to his European peers, the Italian Minister of Health, Orazio Schillaci, asked the European Union to renegotiate the vaccine contracts signed with the pharmaceutical companies and demanded a change in the clauses so that the allowances, compensation for side effects and legal costs are no longer borne by the States, but rather by vaccine manufacturers

Is a wind of revolt emerging within the European Union? Who knows! In any case, in the midst of a pandemic in Coronavirus, the Italian government, led by Giorgio Meloni, is asking the EU to renegotiate the vaccine contracts signed with pharmaceutical companies.

This is the information that The evening mail.com obtained from several reliable Italian sources on December 9, including the Italian news agency AGI. According to the source, the proposal to renegotiate the contracts was made by Orazio Schillaci, Italian Minister of Health, during his speech on the sidelines of a session organized by the European Health Council.

Faced with his audience, the Italian minister did not mince words. ‘I consider it necessary to renegotiate contracts with pharmaceutical companies, contracts not yet executed or only partially executed, by providing for the possibility of reducing the purchases envisaged according to the real need of the States ‘ in doses of anti-Covid vaccines ’ and, in any event , a deferral of payments and doses acquired over several years, at least four, adapting them to the epidemiological evolution of the virus’, he said.

‘it is essential that the European Commission, when renegotiating purchase contracts, review the APP clause or advance purchase contracts, who charge Member States for compensation and/or compensation due for damage caused by vaccines as well as legal costs incurred by manufacturers of pharmaceutical products in individual proceedings since it is not reasonable for them to weigh on the Member States, in particular after the authorization to place the various vaccines on the ordinary market, as also noted by the European Court of Auditors’.

Meloni administration yet to lift fines for unvaccinated

The new Italian right-wing government under Giorgia Meloni announced a change of course in Corona policy immediately after taking office and promised that there would be no more lockdowns. But she apparently does not want to change the criminalization of the unvaccinated, which was regulated by law by the previous government. Because from next Thursday, 1.9 million unvaccinated Italians will be fined.

ROME – Affected are unvaccinated citizens over the age of 50, as well as the staff of some professional groups for which vaccination against the Corona virus has applied in recent months, including paramedics, teachers and security forces. Wednesday ended the six-month period unvaccinated had to justify not vaccinating. According to the law, anyone who cannot explain why they have not been vaccinated three times must now pay a fine of 100 euros.

The new government under Meloni abolished the vaccination requirement for paramedics in October. Rumors that she wanted to lift the 100-euro fine have not yet been confirmed.

Italy’s Constitutional Court on Thursday upheld the vaccine mandates introduced in 2021 “for procedural reasons”.  Italy became the first country in Europe to make it obligatory for healthcare workers to be vaccinated. They must either have the jab or be transferred to other roles or suspended without pay.

Italy’s Minister of Health recently said fining those who refuse the jab would do more harm than good – as collections of fines rarely happen. Speaking on an Italian radio station on December 2, Orazio Schillaci gave examples of other European countries which introduced fines but almost never collected payment for the fines.

According to Schillaci, neither Austria nor Greece had, however, acted on their threats to fine unvaccinated members of the public.

In Austria, meanwhile, adults were threatened in January this year with fines of up to a staggering €3,600 from mid-March if they refused the shot.