From the ancient Acropolis in Athens, to the city in the sky in Peru; the only time many people hear about UNESCO – the United Nations Educational, Scientific and Cultural Organization – is in relation to their world heritage programme. What must be documented however, are the views and opinions of UNESCO’s first Director-General, Julian Huxley.

Born in London in 1887, Huxley was an evolutionary biologist, philosopher, author and internationalist, who served as the head of UNESCO from 1946 to 1948. The brother of Brave New World author, Aldous Huxley, and the grandson of “Darwin’s bulldog,” Thomas Henry Huxley, the former UNESCO chief was from a family deeply entrenched within the British elite. Huxley was also a founding member of the World Wildlife Fund (WWF), in addition to being an influential figure in popularising the movement of transhumanism. 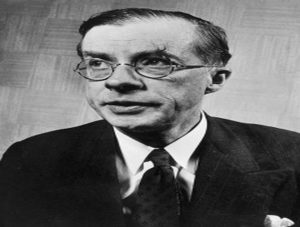 But what most concerns us here is his devotion to the religion of the global elite; namely eugenics. Huxley was a prominent member of the British Eugenics Society, serving both as vice-president and president of the society in his lifetime. He wrote numerous essays throughout his life, writing extensively on eugenics and the need to depopulate the planet. In a 1964 essay titled: The Humanist Frame, the former UNESCO head reveals his desire to decrease the global population:

“The world has to achieve the difficult task of reversing the direction of its thought about population. It has to begin thinking that our aim should be not increase but decrease – immediate decrease in the rate of population-growth; and in the long run, decrease in the absolute number of people in the world.”

In another essay titled: The Crowded World, Huxley is even more explicit in stating his views. He argues that “eugenics can make an important contribution to man’s further evolution,” and that the human race must discourage “genetically defective or inferior types from breeding.” He then moves on to call for the “regulation and control of human numbers,” in addition to a “world population policy:”

Huxley believed that UNESCO should play a pivotal role in advancing the cause of eugenics, writing in a 1946 paper titled: UNESCO, its Purpose and its Philosophy:

“At the moment, it is probable that the indirect effect of civilisation is dysgenic instead of eugenic; and in any case it seems likely that the dead weight of genetic stupidity, physical weakness, mental instability, and disease-proneness, which already exist in the human species, will prove too great a burden for real progress to be achieved. Thus even though it is quite true that any radical eugenic policy will be for many years politically and psychologically impossible, it will be important for UNESCO to see that the eugenic problem is examined with the greatest care, and that the public mind is informed of the issues at stake so that much that now is unthinkable may at least become thinkable” (p.21).

The UN and Population Control

UNESCO is just one agency of the UN, with many other departments advocating population control – including the UN Population Fund. Many top UN officials have been vocal proponents of reducing the world’s population, often citing the faux issue of man-made global warming as the justification. In 2013 for instance, the Executive Secretary of the United Nations Framework Convention on Climate Change (UNFCC), Christiana Figueres, stated that “we should make every effort” to reduce the world’s population.

A resolution adopted by the UN General Assembly in 1997 once again reveals the desire of the UN to depopulate the planet (emphasis added):

“On a more positive note, population growth rates have been declining globally, largely as a result of expanded basic education and health care. That trend is projected to lead to a stable world population in the middle of the twenty-first century (8.)… The current decline in population growth rates must be further promoted through national and international policies that promote economic development, social development, environmental protection, and poverty eradication, particularly the further expansion of basic education, with full and equal access for girls and women, and health care, including reproductive health care, including both family planning and sexual health, consistent with the report of the International Conference on Population and Development (30.).”

But how can the elite reduce the global population? In reality, there are very few (if any) viable ways to morally and humanely reduce the world’s population, without engaging in genocidal and nefarious polices. Covertly sterilizing people would of course be one of the most nefarious strategies for depopulating the planet, but also one of the most effective strategies at the disposal of the psychopathic elite.

In 2014, the Kenya Catholic Doctors Association (KCDA) accused UNICEF and the World Health Organisation (WHO) of sterilizing millions of girls and women through an anti-tetanus vaccination program. The KCDA claims that the vaccines had an undeclared anti-fertility agent added to them. Muhame Ngare, the spokesperson for the KCDA, stated that: “This WHO campaign is not about eradicating neonatal tetanus, but a well-coordinated forceful population control mass sterilization exercise using a proven fertility regulating vaccine.”

Many individuals around the world strongly suspect that the primary objective of certain vaccination initiatives is to covertly depopulate the planet. This argument was further strengthened in 2010, when Bill Gates – the head of the Bill and Melinda Gates Foundation, which funds a plethora of vaccination initiates across the planet (including Gavi) – gave a talk at the 2010 TED conference. In the talk, Gates stated that “vaccines” are one tool that could be used for global population control:

“First we’ve got population. The world today has 6.8 billion people; that’s heading up to about 9 billion. Now if we do a really great job on new vaccines, health care [and] reproductive health services, we could lower that by perhaps 10 or 15 percent” (4.30 into the video).

Despite many departments of the UN seeming benign and altruistic, there are far more nefarious forces at play than initially meets the eye. Huxley was one of the ideological founders of UNESCO and the UN in general, with his malevolent views concerning population control and eugenics shared by many individuals who are currently part of the global elite.

ER recommends other articles by The Analyst Report

Steven MacMillan is an independent writer, geopolitical analyst and editor of The Analyst Report. 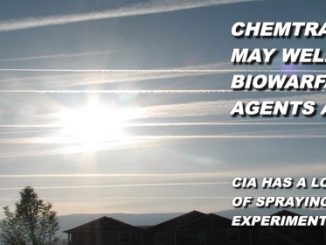 [VIDEO] Chemtrails Can Be Biowarfare, Or Geoengineering: History Of Biological, Chemical Experiments On Citizens

UNICEF Now Admits: ‘Schools Are Not Main Drivers of COVID Among Children’