Unanswered Questions: Welcome to the World of Oxford Ethics 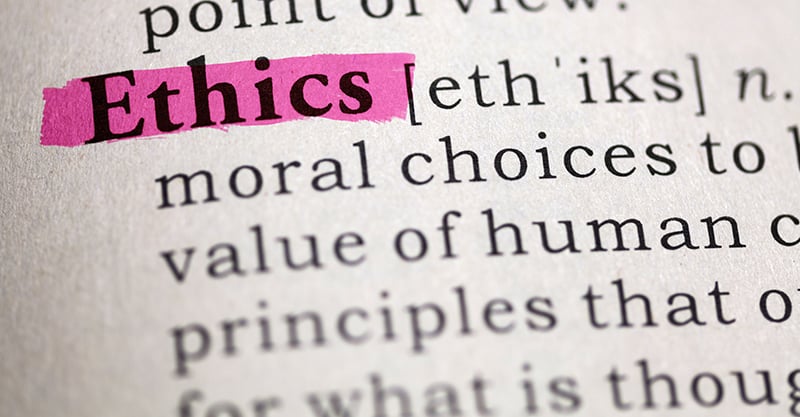 Recently, the somewhat notorious Oxford bio-ethicist, Alberto Giubilini (pictured), posted a blog on the Oxford University web-journal Practical Ethics. Giubilini was advocating, in the wake of the Coronavirus 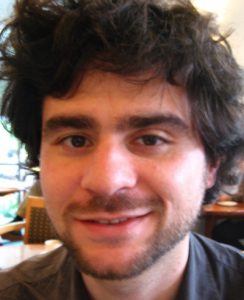 pandemic, both for the compulsory tracking of global citizens and their compulsory vaccination (which was already a favourite theme of his before the advent of COVID-19). To the credit of the journal and Dr. Giubilini, I was able to post comments on the blog. Perhaps less to their credit, I have yet to receive an answer. This was my first comment:

I have never understood with you bio-ethicists what it is you are doing except privileging your own opinions, often as not licensing the powerful to do what they want to the less powerful. And while there may be some conceivable benefit to licensing – as it were – this or that medical intervention, you always seem over-optimistic about how it is monitored. Frankly, a scientist engaged in developing a product is going to be naturally dismissive of harms. As far as I can see, you are playing a game in which the scientists are heroes and anyone who protests they have been hurt (or someone close to them) is trash almost by virtue of opening their mouths. But in fact, there are myriads of ways that a product can go wrong, often quite frequently and admitted by the manufacturer (if not always disclosed by those administering). For instance, I have recently been referring to the Bexsero PIL (ER: Meningococcal group B vaccine), which according to the U.K. schedule could give 3 in 1000 children Kawasaki Disease.

Let’s say with this present project that by the autumn, or even the end of next year, we will have little idea how to balance the danger of COVID-19 against the manifold products, and simply professions of good intent will scarcely be enough. These products may well have the potential even to do immutable harm to human stock. Meanwhile, you are demanding that the population surrender rights over their bodies in perpetuity to inherently fallible bureaucracies and powerful industrial interests. I don’t see how you have knowledge to do that (or the reasoned acumen), and I don’t see where traditional checks and balances are engaged which could offer reasonable reassurance – frankly, the agencies have been captured.

‘… in the event of a bad reaction the parents will probably just receive advice from the GP to give acetaminophen and go away and stop making a fuss – but they may have to deal with the consequences for the rest of their lives.’

The second addresses Giubilini’s response to the challenge of another commenter. Giubilini had written as follows:

Thanks for the link. For the UK, that amounts to about 900 claims in over 40 years. Some of those vaccines are no longer in use and 40 years ago, we knew less about risk groups. Today, vaccines are not administered to groups at risk. Safety is basically 100%. If you look at the same document, you will see that the risks of non-vaccination are vastly larger. 20 million of cases of measles and thousands of deaths have been prevented in the UK alone thanks to the vaccine for instance.

As for the US, the document says that in 75% of cases compensation has been paid without the causal connection having been proved, but they were just settlements to minimize the time and expense of litigating a case and the desire to resolve a petition quickly. Even considering this, 1 individual was compensated every million doses of vaccine. That makes 0.000025% compensations with causal connections.

To which I replied:

I think the safety is more hearsay (as is the care). When the reputation of the programme was under pressure 40 years ago from the media, the British government introduced an award scheme and quickly compensated 600 cases but I don’t think they started showing more care – they didn’t remove the product for a further quarter of a century, and they accelerated the delivery in 1990 so infants were getting it younger. They did not seek out those infants especially at risk, they just stopped awarding when the pressure was off. You can damage a lot of babies without getting to the point of statistical significance: in the event of a bad reaction, the parents will probably just receive advice from the GP to give acetaminophen and go away and stop making a fuss – but they may have to deal with the consequences for the rest of their lives.

I also recall a BMJ on-line correspondence in which Profs Larson, Offit and Plotkin failed to respond when asked to produce the gold standard vaccine double blind placebo safety trials when challenged by Profs Exley, Healey and my lesser self, and we remain to be enlightened. For that matter why would the extreme professional harassment of Prof Exley continue if powerful interests were genuinely concerned about product safety? What do you know about aluminium adjuvants?

We await an answer (one might think it was an ethicist’s or a philosopher’s job to discuss things rather than walk away).

Alberto, it may be said, is not good at babies.  In 2011 he co-authored an article arguing that full-term babies were not people and as such could be killed (presumably they could also be treated as biological pin cushions). He was not alone since the article was published in the Journal of Medical Ethics, a subsidiary publication of British Medical Journal, edited by his mentor Julian Savulescu, who has held the Uehiro Chair of Practical Ethics in the University of Oxford since 2002, with whom he still closely collaborates.

Both gentlemen are luminaries of the Oxford Martin School, where Giubilini is attached to the ‘Oxford Martin Programme for Collective Responsibility for Infectious Disease’. As such they are also colleagues of 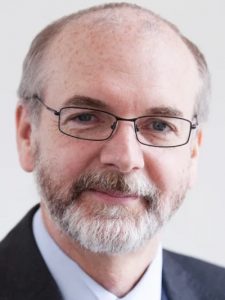 Andrew Pollard (pictured), who among many roles is director of Oxford Vaccine Group, which develops vaccines. I have discussed Pollard’s conflicting positions many times as a member of the Jenner Vaccine Foundation (in its turn funded by Wellcome Trust and the Bill and Melinda Gates Foundation among others), advisor to the British and European regulators and chair of the Joint Committee on Vaccination and Immunisation (JCVI), the British equivalent of the ACIP, where he recommends products with which he is closely associated (notably Bexsero, of which he was lead developer) to the schedule. Irregularly, back in 2016, Pollard was allowed to host a meeting of the JCVI at the Oxford Martin School, as well as invite the company to a social event at his college, St. Cross. As things stand, he will preside over the committee that decides on the national use of Coronavirus vaccines, including his own.

‘They do not see, or they pretend not to see, the potential fallibility of the technology, or how they might even enhance the danger of it by talking in naive and gullible ways, while presenting arguments which are only grounded in their professional status (“trust me, I am a bio-ethicist”).’

Last autumn, Giubilini was invited to advocate for compulsory vaccination on the Oxford Vaccine Group website – not perhaps a very sensitive choice given his history – which would under present arrangements leave Pollard as a biological dictator in the United Kingdom, determining what every man, woman, child or infant would forcibly be given. Pollard has indicated that he would not be averse to this.

It is evident that a longstanding problem, illustrated by a Practical Ethics blog discussion which I took part in in 2013, is that bio-ethicists are taking a mechanistic view. They do not see, or they pretend not to see, the potential fallibility of the technology, or how they might even enhance the danger of it by talking in naive and gullible ways, while presenting arguments which are only grounded in their professional status (“trust me, I am a bio-ethicist”). Some readers may recall how Art Caplan ducked out of the way in 2013 when challenged by Mary Holland in the Harvard Law Journal over his superficial arguments about making people legally responsible for their diseases, and suddenly there appeared in his stead Dorit Reiss, who could gloss over anything. But if Caplan had been forced to answer, the initiative – which was evidently part of the government-pharmaceutical complex’s strategic plan – would have been dead in the water. Instead, what Caplan did was opportunistically disappear from the fray, incapable of defending his own ideas (if they were truly his).

At the top of Alberto Giubilini’s blog is a sentimental image: A photograph of a patch of earth with a childish chalk drawing of a rainbow scratched into it, but I do not think he is a sentimental man. What lies behind it all is not the hopes of children living in poverty and dust but of industrialists and global bureaucrats living in glass and steel towers or the well upholstered historic buildings of Oxford, plotting their further control over humanity and the planet.

Sign up for free news and updates from Robert F. Kennedy, Jr. and the Children’s Health Defense. CHD is planning many strategies, including legal, in an effort to defend the health of our children and obtain justice for those already injured. Your support is essential to CHD’s successful mission.

TLB Editors Note: This is World Mercury Project on steroids! TLB highly recommends you click on the image below, visit this great website, and do whatever you can to help see this vital forum succeed … for the sake of our children !!!

Please take the time to Sign up for free news and updates from Robert F. Kennedy, Jr. and the Children’s Health Defense. Your donation will help to support us in our efforts.

Rogan & Malone: The Most Important Interview of Our Time 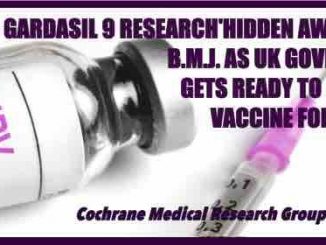 HPV: The Biggest Battle is Being Fought Right Now