UK ‘Coronaphobia’ is Pushing the Country Towards a Stasi-like State

“For in the long run, trying to recruit the public as informers will have the same effect as it had in the former East Germany. At best, it will breed distrust of and contempt for the law. At worst, it will fracture the very fabric of society” – Ross Clark

On Monday, British Prime Minister Boris Johnson announced new ‘pre-lockdown’ measures, under the cryptic-sounding heading of, The Rule of Six, coming into force this week despite protests from leading civil liberties experts and legal scholars who’ve warning that new intrusive laws will keep people and families unfairly apart, as well as destroy the Christmas season.

To help enforce the new measures, Johnson also announced that he would be recruiting thousands of new ‘COVID Marshals‘. The first new group of Marshals in England could be seen on Monday enforcing meticulous social distancing orders, one-way system on pavements, and telling people to wear masks in shops and at takeaway venues. They will also be handing out masks and hand sanitizer in order to “keep everyone safe.”

Critics have hit back against what are being described as ‘coercive measures,’ after Health Secretary Matt Hancock effectively threatened the public with collective punishment of a second lockdown should they not follow the government’s new rules, stating that “… if people follow the social distancing rules, then we can stop that from happening here.”

The new push if based on the spurious claim that ‘cases are on the rise,’ even though hospitalisations and deaths attributed to COVID have now plummeted to near zero. The same data is reflected in almost every other country globally, but still the UK government are pressing forward with the dubious narrative that any person who happens to test positive for the presence of any coronavirus RNA genetic material in their system through the standard PCR test for coronavirus… is somehow a “case” – even though the PCR test is not a diagnostic test and does not say whether there is an active infection in the test subject.

The scale of the UK government’s own administrative fraud became visible last month when it was revealed how numbers were inflated by exaggerated hospital coronavirus admissions during peak of pandemic – where health officials were recklessly counting patients who were actually sick for other reasons – meaning that people who were suffering from other illnesses were included in the government’s data sets. The government’s own Science Advisory Group for Emergencies (SAGE) was forced to admit that patients who were categorised as COVID-19 hospital admissions had never even tested positive for the disease. These findings should have thrown the entire pandemic narrative into question, but the government, with the backing from the mainstream media, have still pressed ahead with their New Normal agenda.

Former UK Supreme Court justice, Lord Sumption, rebuked the government by denouncing the legislation as “pointless, arbitrary and unnecessary,”  and further warned that the new law will be “unenforceable” and would only work if the country adopted a “Stasi-style” network of “snoopers and informers.”

The backlash against the controversial government policy further snowballed yesterday after UK Home Secretary Priti Patel told a SKY News program that she would call the police if she saw her neighbours having a party which she thought was breaking the state’s latest raft of COVID laws.

As the Tory Cabinet’s Home Secretary, Patel is the country’s top law enforcement official, who told Breakfast Show host Kay Burley that, “I’m rarely at home but if I saw something that I thought was inappropriate then, quite frankly, I would call the police.”

As punishment for offenders, the government are threatening citizens with punitive fines of up to £3,200 if they do not obey the state’s new Coronavirus decrees.

Normally, the opposition party would seize upon an untoward comment like Patel’s and use it the batter the ruling government in an attempt to create contrast for the electorate. But this is not happening, as both parties appear to be fully committed the official ‘pandemic’ narrative. New Labour leader Sir Keir Starmer is also in lockstep with the Tory’s new draconian Corona Laws.

Yesterday, former Labour leader Ed Miliband also echoed Patel’s call for a snitch culture, saying, “I think we should call the authorities, yes. All of us have a responsibility to act [reporting neighbours to the police].”

As a result of the comments by both Patel and Miliband, the terms “East Germany” and “Stasi” are now two of the top trending words for the UK on Twitter this week.

The brief conversation seems harmless enough. Setting out to do the weekly shop with your three children, you bump into Mr and Mrs Smith and their daughter from down the road.

Naturally you stop for a chat. It all seems so innocent — the sort of social interaction that makes for a happy and healthy community.

A few hours later, though, you receive a call from the local police station. You are told that a well-meaning neighbour spotted your seemingly harmless exchange and has reported you for breaking the new so-called ‘rule of six’ restrictions on socialising.

The stern police officer says he will let you off this time but he’s recorded the ‘incident’ and if it happens again — and you dare to congregate in groups larger than six — you could be fined £100.

Such a scenario could be taken straight from a dystopian nightmare similar to that portrayed in George Orwell’s 1984. But it could also soon become a terrifying reality.

For, astonishingly, shopping our neighbours for breaking the latest draconian Covid rules is exactly what policing minister Kit Malthouse has encouraged us to do.

Speaking on BBC Radio 4’s Today programme yesterday, he even suggested that the Government might set up a dedicated helpline for would-be curtain twitchers.

And the grim truth is that, if implemented, I suspect it could be more popular than John Major’s infamous ‘cones hotline’, used by the public in the early 1990s to moan about roadworks.

For while we were told when this pandemic first hit that coronavirus would bring out the best in society, I am sad to say that it has also brought out the worst in us — within weeks there was a growing culture of fear and paranoia as it became evident that many among us were unafraid of informing on neighbours who broke the guidelines.

Certainly it is quite right that we report serious abuses of the lockdown rules, such as impromptu raves attended by hundreds of people. But what has happened since the Covid restrictions were introduced in March has extended far beyond that.

Within a month, according to the National Police Chiefs’ Council, members of the public had made 194,000 calls reporting breaches of lockdown.

The chief constable of Northamptonshire police said that his force had received ‘dozens and dozens’ of calls from people tipping them off about neighbours who had dared to leave their houses for their second run of the day.

The same police force even said it was contacted by someone reporting a passer-by for coughing without using a handkerchief.

Of course, lockdown has also revealed the authoritarian tendencies within Britain’s police forces. In particular, police in Derbyshire were rightly admonished by civil liberties campaigners for releasing drone footage to shame couples out walking in the Peak District — which wasn’t actually illegal.

In a separate incident, a South Yorkshire police officer took it upon himself to chastise a family whose only ‘crime’ was to spend some time enjoying their front garden…

Continue this story at the Daily Mail 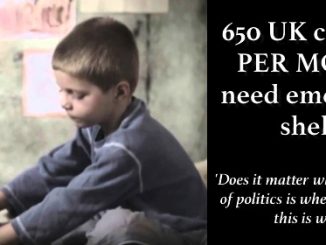 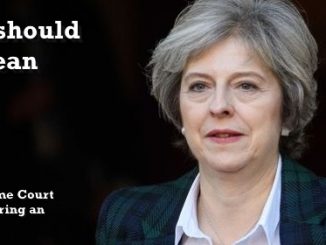