Palestine activists fear that the definition will be ‘instrumentalised’ to quell criticism of Israeli policies.

Britain has announced plans to adopt a controversial new definition of anti-Semitism, which includes criticism of Israel, in a bid to counter the rise in hate crime against Jewish people.

It means the UK will become the first country in the world to adopt the definition coined by the Berlin-based International Holocaust Remembrance Alliance (IHRA). 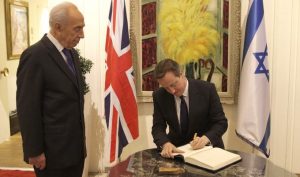 The definition regards criticism of Israel and comparing Israeli state policy to that of the Nazis as anti-Semitic.

According to the IHRA anti-Semitism “is a certain perception of Jews, which may be expressed as hatred towards Jews. Rhetorical and physical manifestations of anti-Semitism are directed toward Jewish or non-Jewish individuals and/or their property, toward Jewish community institutions and religious facilities.”

Downing Street in a statement on Monday said that the definition will be used by government agencies and police to identify and combat incidents of anti-Semitism.

Fears that definition could silence critics

The plans come after Jewish community groups recorded a 62 percent increase in incidents of anti-Semitism across Britain during the last year.

Last week a man who launched an anti-Semitic rant against Jewish MP Luciana Berger on Twitter was convicted of racially aggravated harassment and jailed for two years.

Theresa May, in a pre-released statement to Reuters, said the definition was adopted to “ensure that culprits will not be able to get away with being anti-Semitic because the term is ill-defined, or because different organisations or bodies have different interpretations of it”.

According to the Jewish Chronicle, Jewish groups across Britain have welcomed the government’s adoption of the definition.

The Community Security Trust, which monitors incidents of anti-Semitism, said that it was an “important step” which could help reduce incidents in the UK.

Britain’s Labour Party, which has been gripped by numerous recent scandals related to anti-Semitism, also welcomed the definition.

Critics, however, have voiced concerns about the defintion being “instrumentalised” by the British government to quell criticism of Israel.

Hilary Aked, a researcher investigating the Israel lobby at the University of Bath, told Middle East Eye: “While the headline definition set out by the IHRA is laudable and should be welcomed, a closer look at the guidelines issued with it shows that the government is trying to make it more difficult to criticise Israel and say that its discriminatory practices stem from Zionism – the idea of an ethnically exclusivist or majority Jewish state.” 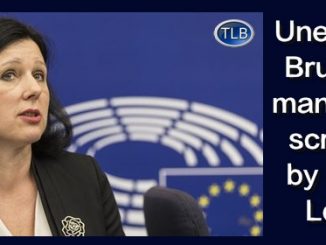