Turkey’s relationship with the EU and NATO appears to have plumbed new lows.

Ankara’s agreement with the EU to help hold back a flood of migrants is about to end. On March 13, Deputy Turkish Prime Minister Numan Kurtulmus announced the freeze amid an escalating row over Turkish officials’ access to the Netherlands. Another Deputy Prime Minister, Nurettin Canikli, also said steps would be taken to reevaluate Ankara’s agreement with Brussels to prevent refugees and migrants from crossing into the EU after they transit Turkey.

Turkey’s EU Affairs Minister Omer Celik said his country should re-assess the migrant deal with the European Union in response to an escalating crisis with the Netherlands, which barred Turkish ministers from holding rallies. 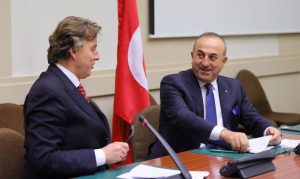 Turkish President Recep Tayyip Erdogan has accused the Netherlands of behaving like Nazis, sparking outrage in a country that was bombed and occupied by Nazi German forces during World War II. He also accused German Chancellor Angela Merkel of «supporting terrorists». Ankara has been angered by the refusal of some EU countries to let Turkish ministers speak at political rallies abroad. According to him, Turkey could revise its relationship with the EU on the grounds that the bloc failed to keep its promises on a number of issues since negotiations began a decade ago.

The president went further, asserting that the EU had lost its place as the symbol of democracy and human rights while vowing that Turkey will seek to mobilize other key international organizations, particularly the Organization of the Islamic Conference (OIC), against the rise of fascism in Europe that directly affects Turks, Muslims and all foreigners in the continent.

Adding more oil into the fire, the European Commission highlighted the «serious concerns» expressed by the Council of Europe on March 13 over the amendments to the Turkish constitution which are due to be voted on in the 16 April referendum. The Venice Commission, the specialized body of the Council of Europe for constitutional matters, has published its Opinion, stating that the proposed constitutional amendments in Turkey, which pave the way for Erdogan to remain in office until 2029, are a «dangerous step backwards» for democracy.

Evidently, Ankara’s relationship with the EU and prominent European countries has been dealt a huge blow. Under the circumstances, there is little doubt left that the land crossings component of the Turkey’s migrant deal with Brussels, sealed on March 18, 2016, will be reconsidered. According to official statistics, the number of migrants and refugees to Greece has declined by 95 percent a year after the EU-Turkey deal was implemented. Greece is currently sheltering more than 60,000 refugees. Some 200,000 refugees and migrants would flock to Greece if the agreement between Turkey and the European Union on the refugee crisis collapsed.

Turkey is a Muslim country. The relationship with the EU will probably deteriorate even further as anti-Muslim sentiments keep on growing in the bloc. For instance, the threat of uncontrolled refugee flows has given rise to a new phenomenon. As governments fail to control the borders, volunteer groups are mushrooming in Europe to prevent illegal border crossings and keep refugees away. More 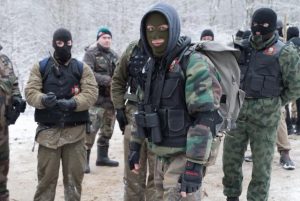 than a million volunteers across the continent, including the Czech Republic, Spain, Germany, Slovakia and other countries, watch the borders to stop illegal immigration. In Hungary, the number of volunteer groups is growing by leaps and bounds. Working closely with government agencies, their members are armed with clubs and pepper spray.

In Bulgaria an organization formed to prevent migrants from coming numbers about 50 thousand members. The members of the Bulgarian National Movement Shipka (pictured) are often armed with are armed with long knives, bayonets and hatchets.

The Shipka is a part of the Fortress Europe organization which boasts 17 branches across the continent, including the Czech Republic, Germany and Spain. All in all, there are about 50 such groups in Europe.

Neither the EU leadership nor national governments fully control the activities of the «people’s volunteer armies». It’s hard to predict what they will do if Turkey pulls out of the refugee agreement with the EU and uncontrollable migrant flows hit Europe again.

As the events unwind, the idea of Turkey’s accession to the EU seems to be more of a pipe dream. The relationship is on the verge of collapse.

Turkey has an alternative. On January 18, Russia and Turkey’s military joined together to fight the Islamic State in Syria. It was the first time the air forces of Russia and Turkey were engaged in a joint operation. The relationship has been growing increasingly close recently, especially after the two countries united to launch the Astana process in an effort to end the Syria’s crisis. Sooner or later the Islamic State will be driven out of Syria. Russia and Turkey will face the question about what to do next. It could be a start of forming a broader alliance to fight global terrorism beyond Syria’s borders, encompassing other areas of cooperation and bringing in other actors.

Progress has been achieved in all spheres as presidents of Russia and Turkey held their summit in Moscow on March 9-10. For instance, Russia and Turkey are on the way to implement the ambitious Turkish Stream gas project.

The summit’s agenda included the sale of the advanced long-range S-400 air defense systems. With Russia’s help, Turkey could start the production on its own soil to greatly enhance its industrial base.

Turkey also seeks procurement deals in electronic systems, ammunitions and missile technology. General Hulusi Akar, the head of the Turkish armed forces’ General Staff, visited Russia last November to discuss military cooperation. Turkey’s officials have complained about NATO’s unwillingness to cooperate with Turkey. In August, Turkish Foreign Minister Mevlut Cavusoglu criticized the North Atlantic Alliance, saying it was not fully cooperating with Ankara. According to him, NATO was evasive on such issues as the exchange of technology and joint investments.

Turkey is mulling joining the Shanghai Cooperation Organization (SCO), as the prospects for joining the EU fade away. Turkey’s SCO accession would be a milestone development bringing together the organization and the Cooperation Council of Turkic-Speaking States (CCTS) – an international organization of Turkic countries, comprising Azerbaijan, Kazakhstan, Kyrgyzstan and Turkey. Turkmenistan and Uzbekistan are possible future members of the council.

After all, Turkey is a major Eurasian power. Its integration into the Eurasian system acquires greater significance as the relations with the EU and many NATO members worsen. Further progress will facilitate dialogue between the Eurasian powers and Turkey and strengthen Ankara’s position with regard to the West in general.

Turkey’s gradual shift from the West to Eurasia and other partners is part of a broader process as the EU gets weakened and divided. Unsurprisingly, as its relations with the West sour, Turkey is reaching out to other poles of power. This multi-dimensional foreign policy will strengthen Turkey’s standing in the world.

Peter Korzun is an expert on wars and conflict

Belarus – This Color Revolution Is Already Dead. The Union State Has Killed It. 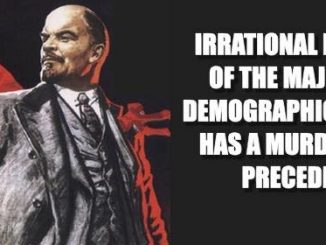