Pro-Brexit Conservative MP Daniel Kawczynski (see featured image) has formally requested that the Polish government veto any move for a Article 50 extension that would delay the UK exiting the European Union.

Earlier today he revealed: “Today I have formally asked Polish Government to veto any motions by EU to allow extension of Article 50. We are leaving 11pm on March 29th as promised.”

The audacious move comes as a cross-party group of hardline Remainer MPs table amendments that aim to block a No Deal Brexit and potentially delay Brexit for up to two years.

Kawczynski, who was born in Poland, has written to the Polish government. In comments that have been picked up in Poland’s media, he writes: “In the light of our strong and historic partnership, I appeal to Polish representatives to listen and intercede for British arguments on Brexit and support us in the future compromises that we strive for in the talks with the EU, so as to break the stalemate and our exit from the EU took place for the benefit of the entire United Kingdom.”

He is also asking the Polish government to help some in Brussels see sense so that a sensible deal can be reached: “In the light of the strategic partnership between Poland and the United Kingdom, I am asking for the support of the United Kingdom at this crucial time in our history, just as we have supported Poland at its equally decisive moments.”

The Tory MP also tweeted: “Lobbying Polish Parliament to support Britain in concerns over Northern Ireland backstop. Our friends the Poles have taken a lead in EU to better understand our perspectives & help us break impasse with Ireland & EU.”

In an article for Westmonster, the Member of Parliament for Shrewsbury revealed that at a recent public meeting in his constituency, there was 95% support for a clean Brexit on WTO terms.

Poland’s Foreign Minister, Jacek Czaputowicz, broke ranks yesterday to suggest that the hated Irish backstop could be time-limited. The clock is ticking, and Poland may have a critical role to play if a deal is to be done.

The Coup Has Begun – The Empire Strikes Back Everywhere 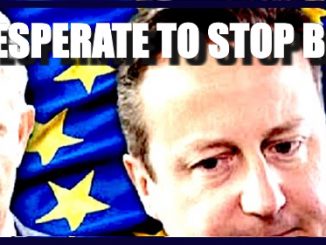