In an Austrian election that has sparked unprecedented global interest, a 31-year-old politician widely described by the establishment media as an “anti-immigration” conservative is set to become the world’s youngest leader after his party dominated at the polls. Riding a wave of populist fervor amid a continental uprising against the establishment — and its deeply unpopular open-borders policies in particular — Sebastian Kurz (shown) portrayed himself as an outsider ready to take on out-of-control elites in Austria and at the European Union in Brussels. Whether he will do what he promised, though, remains to be seen. And despite the “wonderkid” image pushed by the media, there are indications that Kurz may not be the genuine anti-establishment, anti-globalist superhero voters thought they were selecting.

As was the case with both Obama and Trump in the United States, “change” was a major theme in Kurz’s wildly successful campaign to become Austria’s next chancellor. His posters featured the slogan “time for something new.” In the case of Austria, “change” and “new” was widely understood to mean a crackdown on the open borders fanaticism of unchecked and unelected bureaucrats in Brussels. “It is time for change in this country. Today is a strong order for us, to change this country, and I say thank you to you all who made this possible,” said Kurz, who at age 27 was appointed to serve as Europe’s youngest-ever foreign minister and in May took over the right-of-center (relative to European politics) Austrian People’s Party (ÖVP). “I’m overwhelmed, I am happy, and I look forward to working for Austria.”

As in Germany and other nations, at the forefront of virtually everybody’s mind in the election was the uncontrolled immigration tsunami of recent years, which has seen millions of Muslims from Africa and the Middle East flood into Europe to resettle at taxpayer expense. Kurz and his newly reinvigorated ÖVP made the immigration issue a centerpiece of the successful campaign. Among his claims to fame, Kurz boasted of his role in shutting down the seemingly never-ending trail of migrants heading toward Austria, Germany, Sweden, and other EU nations through the Balkans. He also repeatedly called for shutting down the migrant influx coming into Europe through the Mediterranean. Another oft-repeated talking point was the supposed need for a “burka ban,” as well as stronger efforts to “integrate” Austria’s surging Muslim population. Voters across Europe and America overwhelmingly favor a ban on further Islamic immigration into the West.

On other issues, Kurz also sounded good to conservative-leaning voters. Reducing taxes on income and wages, for instance, were a key campaign promise. As one way to cut spending, Kurz has proposed reining in immigrants’ access to taxpayers’ largess from the welfare state, a pledge that was crucial to his popularity. In a statement summarizing what he claims to stand for, Kurz sounded practically libertarian: “For freedom, for individual responsibility and solidarity.” In a statement that might appeal to increasingly aware voters waking up to the establishment’s deceptive operations, he even claimed that the idea of “left” and “right” are “pigeonholes from past centuries.” Perhaps taking a lesson from Trump, Kurz appears to have recognized the immense influence of the alternative media in shaping narratives and public opinion today.

However, Kurz has also taken a number of globalist positions in line with establishment demands. While the pro-liberty Freedom Party has campaigned to exit the controversial EU superstate, Kurz has embraced it — or at least the concept of it. Indeed, Kurz actually criticized those who sought to “destroy” the EU, saying that the Austrian government, which is set to assume the rotating presidency of the EU Council next year, must be “strongly pro-European.” Kurz has also campaigned in favor of the globalist-backed “Treaty on the Prohibition of Nuclear Weapons,” which, much like gun control, would disarm legitimate governments while doing essentially nothing to disarm rogue regimes.

Kurz is also is part of a new generation — so-called “millennials” — that seems indifferent or outright hostile to the traditional moral values that underpinned Christendom and Western civilization for centuries. For instance, without the benefit of marriage, Kurz has a “live-in” girlfriend, a bureaucrat from the finance ministry. And just a few years ago, Kurz was reportedly “best known for driving around the city in an SUV surrounded by scantily clad women in an attempt to attract young voters,” reported Germany’s establishment-controlled Spiegel Online. Photos that have emerged are almost incredible.

In Germany, where voters delivered a major blow to the establishment recently by sending a conservative pro-borders party to Parliament, one satirical magazine even compared Kurz to a “baby Hitler.” But in Austria, Kurz has cultivated an image as a populist ready to fight for the people. For instance, while serving as foreign minister, he reportedly flew in economy class to the UN General Assembly. However, much of his persona seems to be carefully crafted, suggesting to some analysts that Kurz may in fact be a shrewd political operative with friends in high places primarily hungry for power. His views appear to be relatively fluid, with more than a few observers suggesting that his policy positions appear aimed at capitalizing on growing voter anxiety over mass immigration.

Voters rewarded Kurz and the ÖVP, dubbed the “New People’s Party” by Kurz, with more than 30 percent of the vote, potentially even more than a third. It appears that second or third place will go to the now-ruling Social Democrats (SPÖ) and Chancellor Christian Kern, who may soon be in the minority depending on what form the parliamentary coalition led by ÖVP takes. Alongside the SPO was the anti-establishment, anti-EU, pro-self government Freedom Party (FPÖ), which reportedly secured more than one fourth of the vote — within one or two percent of SPÖ, and potentially in second place. Multiple reports have described the FPÖ as the “king maker” in this election. Final election results are expected soon.

But there is more to the underlying political mood in Austria than most of the press has acknowledged. In a dubious election last year that was widely criticized within Austria and 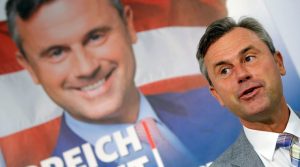 beyond, there were more than a few allegations of vote rigging orchestrated by the establishment to keep out the pro-sovereignty Freedom Party and its candidate, Norbert Hofer (pictured), in a crucial election seen as an indicator of what direction Europe would go following Brexit. As The New American magazine’s William F. Jasper reported at the time, there were massive “election irregularities,” to put it mildly. The provisional count on May 22 gave Hofer 51.9 percent of the vote. However, the following day, the pro-establishment Big Government environmentalist-globalist candidate, Alexander Van der Bellen, was declared the winner by a margin of less than one percent, supposedly due to mail-in ballots.

Suspicions ran rampant that globalist operatives had sabotaged the Freedom Party to save the EU. “Charges of vote fraud and ballot stuffing immediately surfaced,” Jasper reported. “This is not unusual in tight electoral races, but it soon became apparent there was merit to these accusations. Among the irregularities admitted to by election officials were that thousands of absentee ballots were illegally opened and counted without the presence of witnesses, as required by law.” After the Freedom Party challenged the results, Austria’s Constitutional Court agreed that there were improprieties, and so, it ordered a new election. “The runoff presidential election must be completely repeated in all of Austria,” said Gerhart Holzinger, the president of the Constitutional Court. In the end, the Greens, with massive help from the establishment and immigrant voters, were able to pull off a narrow win that was endlessly hyped by the globalist media. 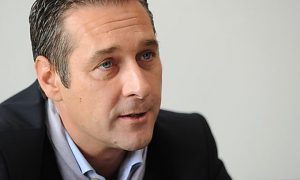 According to the Freedom Party, which has been maliciously demonized by the globalist establishment as extreme and “far right,” Kurz and his People’s Party “stole” their policy positions in a bid to win the election. In fact, the Freedom Party candidate, Heinz-Christian Strache (pictured), went so far as to call Kurz an “imposter.” Still, despite the spat, multiple reports have suggested in recent days that Kurz’s People’s Party may end up forming a coalition government with the Freedom Party. At the same time, though, more than a few analysts have portrayed Kurz’s bid as one aimed primarily at neutralizing the “threat” that true conservative, liberty-minded parties and candidates pose to the increasingly autocratic and technocratic world order being imposed on humanity by the establishment. Either way, Austria will be important for patriots to watch.

Alex Newman, a foreign correspondent for The New American, is normally based in Europe but has lived all over the world. Follow him on Twitter @ALEXNEWMAN_JOU or on Facebook. He can be reached at [email protected] 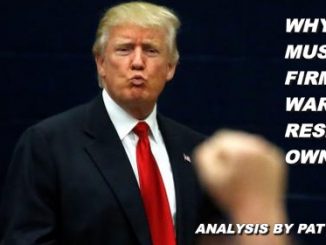 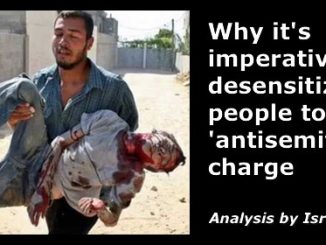 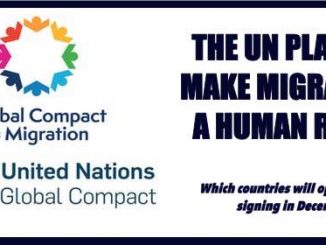 UN trying to enforce open borders as a ‘human right’