Headlines every day proclaim the new religion: political correctness, cultural vandalism and censorship — not from Islamic emirates such as Saudi Arabia, but in Western cities right here.

The Writers Union of Canada, for instance, recently apologized for a magazine editorial that defended the right of novelists to create characters from a background other than their own.

Just think of that: a writer defending the right to use one’s imagination?! What an insult! At least, to “the new Stalinists” it is.

“In my opinion anyone, anywhere, should be encouraged to imagine other peoples, other cultures, other identities,” Hal Niedzviecki, who was the editor of the union’s magazine, Write, defended freedom in an editorial. The Union then announced that Niedzviecki had resigned.

Another journalist also fell victim to this new religion. Jonathan Kay also recently resigned as editor of the magazine The Walrus. Defending Niedzviecki’s right to use his imagination cost Kay his job.

Their unspeakable crime was, it appears, “cultural appropriation” — one of the new “groupthink” expressions that the theologian Paul Griffiths condemned as “illiberal and totalitarian“. Griffiths, too, had to resign from Duke University after criticizing his colleagues for a “diversity program” that “provides foundational training in understanding historical and institutional racism.”

Every revolution needs to master a new “language” to achieve uniformity of expression and thought. George Orwell, in 1984, called the replacement language “Newspeak”.

Cardiff Metropolitan University, one of the largest in Britain, compiled a list of 34 words that it “encouraged” teachers and students to stop using, and replaced them with “gender-neutral” terms. “Fireman” should be replaced by “firefighter”; “mankind” should be replaced by banned “humanity”, and so on. Princeton University also expunged the word “man” in its various uses, in favor of supposedly more “inclusive” expressions. City University of New York decided to ban “Mr.” and “Mrs.” California State University replaced commercial terms such as “businessman”, “mailman”, “manpower” and “salesman” to avoid that horrendous, forbidden word.

While at it, why not also purge Christianity’s religious language? Some of the most famous theological universities, such as Duke and Vanderbilt, invited professors and staff to use “inclusive” language even when they are referring to God because the masculine pronouns are “a cornerstone of patriarchy”.

This politically correct nonsense highlights even further the infantilization of our culture — such as the demand for “safe spaces” and “trigger warnings”. It may look like comedy, but its effect is deadly serious. British philosopher Roger Scruton has said that a kind of “moral obesity” is crippling Western culture. 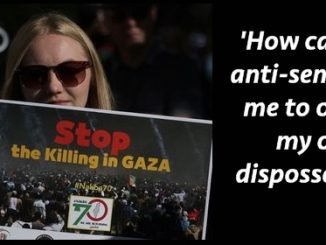