Sunday (tomorrow) at midnight Amazon will be shutting off all of our servers in an attempt to completely remove free speech off the internet. There is the possibility Parler will be unavailable on the internet for up to a week as we rebuild from scratch. We prepared for events like this by never relying on amazons proprietary infrastructure and building bare metal products.

We will try our best to move to a new provider right now as we have many competing for our business; however, Amazon, Google and Apple purposefully did this as a coordinated effort knowing our options would be limited and knowing this would inflict the most damage right as President Trump was banned from the tech companies.

This was a coordinated attack by the tech giants to kill competition in the market place. We were too successful too fast. You can expect the war on competition and free speech to continue, but don’t count us out.

Update (2130 ET): And so the hammer has come down late on Saturday, when Amazon officially kicked Parler off its cloud Web hosting service, AWS according to Buzzfeed. The suspension means that once the ban takes effect on Sunday, the website – which as of this moment is still up – will be offline until it finds someone else to host it.

Update (2100 ET): As expected, Apple removed Parler permanently from its app store on Saturday. “[T]here is no place on our platform for threats of violence and illegal activity,” the iPhone maker said, according to CNN which adds that Apple notified Parler of its decision in a message that said it had violated the company’s app store terms.

“The processes Parler has put in place to moderate or prevent the spread of dangerous and illegal content have proved insufficient,” Apple told Parler. “Specifically, we have continued to find direct threats of violence and calls to incite lawless action in violation of Guideline 1.1 – Safety – Objectionable Content.”

Apple’s notice said Parler’s responses to an earlier warning were inadequate, including Parler’s defense that it had been taking violent rhetoric on its platform “very seriously for weeks” and that it had a moderation plan “for the time being,” according to Apple.

A search for the Parler app as of 8pm showed that the app was no longer there, with the search query returning recommended substitutes:

“Parler has not taken adequate measures to address the proliferation of these threats to people’s safety,” Apple said in a statement to CNN Business. “We have suspended Parler from the App Store until they resolve these issues.”

Apple’s decision follows a similar move by Google to drop Parler from the Google Play Store, and after Amazon (AMZN) has come under pressure by its own employees to stop hosting Parler’s website on Amazon Web Services.

John Matze, Parler’s CEO, wrote in a message on his platform that Apple “will be banning Parler until we give up free speech, institute broad and invasive policies like Twitter and Facebook and we become a surveillance platform by pursuing guilt of those who use Parler before innocence.”

“They claim it is due to violence on the platform,” Matze wrote of Apple, whom he also accused of being a “software monopoly,” a particularly relevant attack right now given an ongoing antitrust suit against Apple from Fortnite maker Epic Games. “The community disagrees as we hit number 1 on their store today.”

Matze promised to share “more details about our next plans coming soon as we have many options.”

A coalition of Amazon corporate employees have demanded that the Seattle-based megacorp kick Parler off the Amazon Web Services (AWS) platform unless ‘posts inciting violence’ are removed, which would force the Trump-friendly Twitter competitor to find another host.

According to CNBC, an employee advocacy group – Amazon Employees for Climate Justice – said in a Saturday tweet that AWS should “deny Parler services until it removes posts inciting violence, including at the Presidential inauguration.”

Pressure has been mounting for Amazon to stop hosting Parler on AWS after other tech giants took action against the social media app in the wake of the deadly U.S. Capitol riot earlier this week. Google on Friday removed Parler from its app store for Android users, Google Play Store. BuzzFeed News reported on Friday that Apple has threatened to pull Parler from its App Store.

Parler, which launched in 2018, has emerged as a popular platform for President Trump’s allies in the last year by billing itself as a free speech alternative to mainstream social media services like Twitter and Facebook. –CNBC

To justify censoring Parler, critics have pointed to posts calling for ‘firing squads’ – like one from attorney Lin Wood (who some say handed the Senate to the Democrats by openly calling for Georgians not to vote in the runoff election unless the GOP candidates backed Trump’s election fraud claims).

In 2019, Amazon pulled the plug on their AWS partnership with Twitter alternative GAB over user posts. CEO Andrew Torba essentially blamed the CIA – claiming that a “PSYOP campaign started back in early December” in which newly created accounts were “popping up out of nowhere and making threats of violence.”

After this week, it’s clear why this PSYOP was started: to take down alt-tech platforms and frame them for the January 6th protests that ended with the police killing an unarmed woman.

Almost instantly after police allowed protestors into the Capitol the New York Times started a baseless narrative that this protest was organized on alt-tech sites, and in particular on Gab, without offering any proof, screenshots, usernames, or evidence to back these baseless claims. I’ve recorded a video highlighting how this all played out. I hope you’ll take some time to watch it to learn how the CIA Mockingbird Media complex operates. The way we fight back is with truth and by speaking truth to their power, which is quickly fading.

Meanwhile, Parler has jumped to the #1 app in Apple’s app store.

And as conservatives scramble to download the app before it’s deplatformed at yet another social media giant, we now have to wonder if they’ll even be able to find a new home among a collusive constellation of big-tech – at least one of which used to value the phrase ‘think different.’
************ 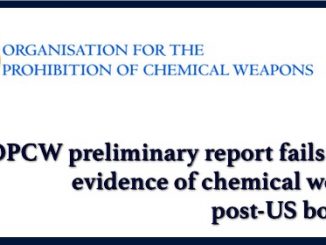