Muammar Qaddafi was perhaps the first, Recep Tayyip Erdoğan followed in his footsteps, and now Alexander Lukashenko. They all promised to keep Third World emigrants away from Europe on condition that they would be left alone and given money.

The West has done away with Muammar Qaddafi, which Hillary Clinton hideously commented, paraphrasing an ancient aggressor, to the tune of: we came, we saw, he died, which she followed with an even more hideous laugh. As a result the floodgates blocking the African invasions were open wide. Turkey’s President Recep Tayyip Erdoğan saw an advantage for himself and played the same card as Muammar Qaddafi, saying to the European Union: you either pay me or else. Brussels paid through its nose. It cannot act otherwise as it has imposed on itself the manacles of all those human rights and migration compacts and the ideology of enrichment through human diversity. Now the time has come for the President of Belarus to apply the same strategy.

For years now, Belarus has been in the cross hairs of the collective Post-West. Sanctions against Minsk followed sanctions, Alexander Lukashenko has been branded as the bad guy who does not belong to good company, while Poland and Lithuania – the West’s willing executioners – have repeatedly pressed home attack after attack against their neighbour: for years Warsaw has been financing the Belsat TV station, a kind of Radio Free Europe, broadcasting content that is hostile to the Belarusian government, whereas Lithuania has shown generous hospitality to Svetlana Tikhanovskaya, who has been christened as the leader of the opposition to President Lukashenko. Needless to say, Polish and Lithuanian secret services rode roughshod over the Minsk authorities in a bid to topple it and destabilize the country: they organized and controlled street riots and assisted the crowds with all sorts of information and propaganda. Little Lithuania, a post-Soviet republic which has lost almost one-third of its population (predominantly young or middle-aged people) due to immigration to the West rather than keeping its own people at home, has thrown down the gauntlet to Belarus. The Lithuanian authorities did not have to wait long for revenge on the part of President Lukashenko.

For some time now, Belavia Belarusian Airlines have been operating a few connections between Minsk and Baghdad, as well as between Minsk and a few other Iraqi cities. Belarusian planes pick up hundreds of Asian passengers who then land in Minsk and walk or journey to the border with Lithuania with the intention to cross it. Once on European Union soil, they – as we all know – cannot be removed from there. Rather, they must be provided with everything they desire in terms of full board, clothing, health care, lodging and pocket money. Vilnius wanted to disturb Belarus, now Vilnius is having its own actions come home to roost. Vilnius, on orders from the West, viewed President Lukashenko as helpless and now Vilnius is in deep trouble. Hundreds if not thousands of Asian immigrants are entering the country. Lithuania’s European protectors will do nothing about it: after all, they are the authors of all those pro-immigration laws that are binding on all EU members. Can Lithuanian border guards do anything? No. We all know that European (and American soldiers) carry guns and wear uniforms for the sole purpose of rendering the immigrants all assistance they might be in need of. Just like that.

There is some hope, though. So many Lithuanians have abandoned the country that they must have left a lot of empty or half-empty houses, flats and apartments. Since diversity is any country’s strength, the Vilnius government should celebrate this sudden windfall of new Lithuanians. Admittedly, most of them will want to travel farther to Germany, but then not all: some will remain.

It appears now that Europe is being invaded through four floodgates that form a crescent stretching from south-west to north-east. The points of entry are Spain, Italy, the Balkans and Lithuania. President Alexander Lukashenko said it publicly that he was not going to protect the European Union from human waves, which has led to suspicions that Minsk is doing these things on purpose. Sure it is.

Sadly or strangely enough, it is unarmed humans from the Third World rather than tanks and missiles that are now used as weapons in the wars that are waged between countries. Who would have thought it? Recep Tayyip Erdoğan is earning good money on guarding the impotent European Union: why should Alexander Lukashenko not do the same? Why should Alexander Lukashenko not pay Lithuania and Poland back in the same coin? Warsaw and Vilnius did their best to stir up trouble in Belarus: now Minsk is rubbing its hands while visiting Lithuania’s and Poland’s political sins on themselves.

But then, as remarked above, Belarus is only enriching the European Union, is it not? Diversity is the EU’s strength that will come in handy in its dealings with Russia or China or – for that matter – Martians! 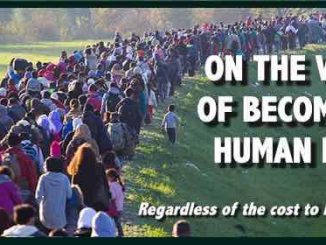 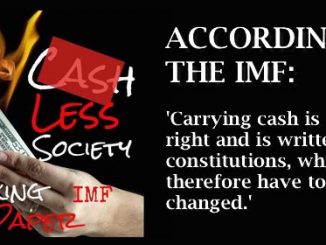 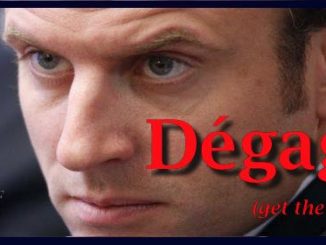 Macron: No taxation without representation