ER Editor: Readers may also be interested in this piece by Paul Joseph Watson, with an introduction by Ed Griffin, titled Australia: Authorities Make New Covid-19 Rule Allowing Removal of Children From Parents:

Authorities in Australia have given themselves the power to have police remove children from the custody of their parents to a hospital or quarantine facility in order to ensure compliance with coronavirus rules. Authorities in Melbourne announced that they would be using surveillance drones to catch people who don’t wear masks and to keep track of cars that travel further than 5km from home. Police have also been given the power to enter people’s homes without a warrant and perform quarantine spot checks.

See also this piece indicating how much of a police state life within Australia is for its own citizens, from the Evening Standard via 21Wire: Australian Woman is Jailed for Six months for Breaking COVID Quarantine Rules.

Earlier this month the world witnessed a number of disturbing scenes coming from Down Under. After announcing what was a marginal amount of alleged COVID ‘cases’ in the State of Victoria in Australia, the government proceeded to institute one of the most draconian lockdowns ever seen. As a result, the country’s economy has crashed even further, forcing hundreds of thousands on welfare.

It soon became clear that Australia was going to be the ground zero test bed for the globalists’ ‘New Normal’ agenda.

Because of a relative handful of cases in regions like Victoria and New South Wales, the country’s leadership decided to impose one of the worst lockdowns in the world. For its law abiding citizens, the prospects of a quarantine-free travel and freedom of movement has become a thing of the past.

How long the current impasse will last is anyone’s guess. For millions of Australians, a dark reality is now beginning to set in: if you own a passport, you probably won’t be able to use it anytime this year, and possibly well into next year too.

Last week we learned that Prime Minister Scott Morrison told his subjects that it is “unlikely” that Australia’s borders will be closed until Christmas 2020, and more likely beyond that into spring of 2021.

“I would welcome if by Christmas it were possible, but I think it’s unlikely that we [will be] able to move back to a restriction-free society [by then],” said the PM. “I doubt that is going to happen, and I doubt the medical situation will enable it.”

The announcement means that the country’s electorate are effectively prisoners of the state – a situation not unlike the heavy hand of state control experienced in the former Soviet Union, where party commissars forbid its citizens from freely travelling in and out of the country, with heavily surveilled and restricted movement between states, along with state restrictions on freedom of assembly in public – all of which are now set features under the current regime in Australia.

The Financial Times describes the situation as followers:

When Jody learnt that her grandmother was terminally ill, her first thought was to fly back to the UK. But as a permanent Australian resident she was banned from leaving the country owing to coronavirus travel restrictions and her request for an exemption on compassionate grounds was turned down.

“My grandmother has been such an instrumental part of my life, I just want the chance to say goodbye and for my children to say goodbye,” said the British-born mother of two, who did not want her full name disclosed as she appeals against the decision.

In addition to banning its residents and citizens from leaving the country, the government also made the unprecedented move to shut its borders to non-residents, imposing caps of 4,000 passengers per week for expats ‘permitted’ to return home.

In a recent piece by writer Caitlin Fitzsimmons, the situation was described as ‘On par with North Korea’, with many MPs now forced to deal with an increasing numbers of requests to help people stranded in Australia because of the international travel ban, and also citizens hamstrung overseas.

“It puts us on par with North Korea, in terms of, are we now a prison state, that unless you can justify yourself to the department, you cannot leave the country?” said MP Zali Steggall.

“Even in times of war, we don’t have that kind of restriction so it does seem a little extreme.”

PM Morrison’s diktats should come as no surprise to anyone who was paying attention when listening to statements made by the country’s flagship carrier Qantas Airlines, who took the decision to cancel the bulk of its international routes until March 2021 at the earliest, but more likely until July 2021.

Despite its seemingly strict quarantine policies, recent data sets show that thousands of foreign visitors have been pouring into the country each month.

In the near term, its only visible lifeline to the outside world may be with its antipodean neighbor New Zealand, whose government is currently being run by a Tony Blair disciple and committed globalist, Prime Minister Jacinda Ardern, who recently moved to shut the country down after a only handful of supposed ‘cases’ were detected, triggering more mass hysteria of a ‘second wave’ surge of coronavirus there.

More worrying, though, is PM Morrison and his officials’ recent comments implying that Australians will be subject to mandatory vaccinations as soon as the new fast-tracked experimental COVID vaccine is finally made available. Such a policy would likely give way to a new system of digital “immunity passports,” with Australia already far down the road in developing comprehensive digital identity systems. When you combine this extreme policy initiative with the shutting down of the country’s borders, it soon becomes clear that the government in Canberra is willing to go all the way in suspending basic freedoms like travel and free movement – in order to make the population submit to its demands of medical martial law.

This latest regressive move by the government is historic, and it has left many Australians to question the legitimacy of such totalitarian measures supposedly laid down in response to a virus which affects so few people in their country in comparison to other nations around the world which haven’t enacted such harsh authoritarian measures.

All of this has left millions of residents confused about where they stand going forward.

Want to leave Australia? You better have a good reason.

A son or daughter getting married overseas won’t do the trick. A funeral in another country probably won’t be justification. Since the Australian government’s international travel ban came into effect in March, more than 90,000 applications to leave Australia have been lodged, and only 22,640 of those have been approved.

That’s almost 70,000 people who have asked to travel from Australia to another country and been denied. That’s 75 per cent of applications turned down. And those people, you would expect, had at least some sort of reason to depart the country other than pure pleasure.

Contrast that with Europe right now, where citizens of most countries are permitted to come and go as they please, for whatever reason. You’ve probably seen photos of your Europe-based friends having their summer holidays as they usually would, in Greece or Italy or Croatia.

The pandemic doesn’t seem to matter too much over there: even those from Britain, where there are 1,000 new cases of coronavirus a day, are allowed to travel, with quarantine-free re-entry from 68 countries and territories worldwide. Brits can even holiday in designated COVID-19 “hotspots” such as Spain and France if they really want to, though two weeks of self-quarantine is required upon their return.

(…) Sounds pretty good right now, particularly to Australians who are being kept under lock and key, with almost no chance to exercise what many of us thought was an inalienable right to leave the country whenever we please. Brits, meanwhile, can just keep calm and carry on.

ER: This is rather a misrepresentation of the situation in the UK, which has been subject to equally freedom-destroying, Big Brother measures, as well as arbitrary second lockdowns, etc.

In Australia, meanwhile? Barely a word of complaint about the strongest travel restrictions any of us have ever faced. Not only can we not even leave our own country right now, most of us can’t even leave our own state. And rather than stage a mass protest, for the most part people are just soldiering on…

Continue this story at Traveller.com.au 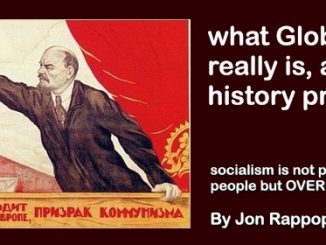 Australia: A Pilot Fascist Scheme That Needs to be Called Out For What It Is 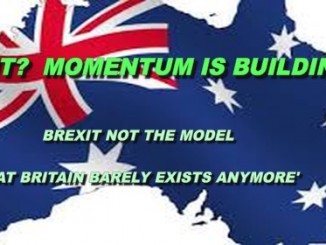 Brexit boosts calls for Australia to leave the Commonwealth