Terrorism is booming in Europe — even though the European Union statistics say it is not. The EU’s statistics on terrorism, simply put, confuse the issue. They are a fairy-tale.

Since 9/11, in report after report, experts, ministers and public authorities have been saying the same thing: that in Europe (meaning the EU), Islamic terrorism is merely a marginal aberration. Nothing to be afraid of, and if you show too much interest in the matter you are probably on the far-right, aren’t you! Do you want to persecute the Muslims and make them the Jews of today’s Europe?

As experts always do when they want to shut down a debate, they turn to statistics, preferably European statistics. Since July 1, 1999 — the date of its inception — Europol (European Union Agency for Law Enforcement Cooperation) has regularly published an assessment of terrorism in the EU.

If you read Europol’s last ten EU Terrorism Situation and Trend Reports (TE-SAT), you will find, year after year, the number of “failed, foiled or successfully executed” terror attacks and the subsequent number of victims — all you supposedly need to assess the true nature of terrorism in the EU.

For the number of terror attacks in Europe during the last ten years, here is a chart based on Europol’s data:

The first surprise is that according to Europol, the trend is clearly downward: far fewer terror attacks in Europe in 2016 than ten years ago!

Does that seem a bit counter-intuitive? But, hey, those are the official statistics.

Then there are the number of fatalities:

This second chart looks much more in line with the feelings of the common man, don’t you think? Approximately 150 dead in the EU from terror attacks in 2015 and 2016, compared to zero in 2007, or 4 in 2014. (That is what is so endearing about statistics: you can manipulate many things, such as the psychological and emotional damage or the consequences of a “foiled attack” — but not the number of dead bodies).

Where is the wolf? The problem resides in the European definition of terrorism. Look at the TE-SAT report of 2009:

“What the term ‘terrorist offences’ includes is indicated in Article 1 of the Council Framework Decision of 13 June 2002 on combating terrorism (2002/475/JHA), which all member states have implemented in their national legislation. This Framework Decision specifies that terrorist offences are intentional acts which, given their nature or context, may seriously damage a country or an international organisation when —

There is nothing wrong with these definitions except that one thing has gotten lost: terror…

[1] “The term “domestic terrorism” means activities that— (A) involve acts dangerous to human life that are a violation of the criminal laws of the United States or of any State; (B) appear to be intended— (i) to intimidate or coerce a civilian population; (ii) to influence the policy of a government by intimidation or coercion; or (iii) to affect the conduct of a government by mass destruction, assassination, or kidnapping.” 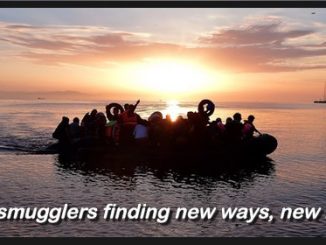 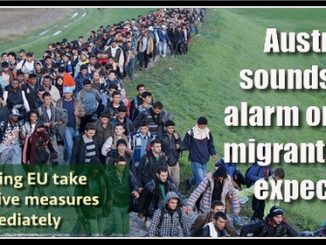 Austria Warns of a New Mass Migration Wave Being Prepared 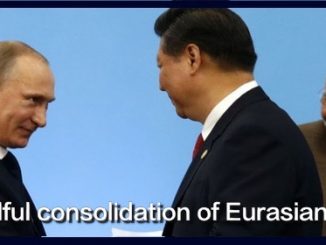 The Strategic Triangle that Is Changing the World