Austrian Interior Minister Herbert Kickl (FPÖ) has warned in a letter to the EU Commission that Europe will be facing a new wave of mass immigration.

Currently, a “large-scale migration from Turkey to Europe is being prepared,” Kickl (pictured) stated in the letter, which was seen by the Austrian daily Kronen-Zeitung.

It is the start of a “new crisis”, the Minister said. “Tens of thousands of migrants” are already in the region, 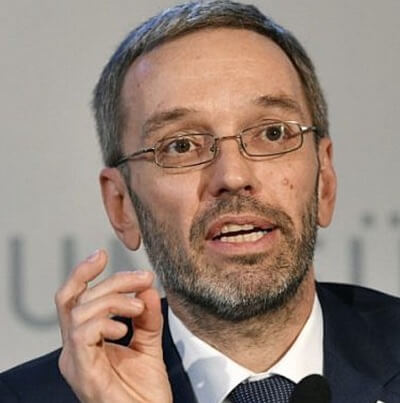 Kickl cited figures from the European Police Authority Europol. In addition, there will be another 5.6 million Syrian refugees in the Middle East, which shows the “clear potential of a new massive migration movement”.

This, Kickl said, would require the Commission to react quickly and send a “clear signal” to the population. “It is particularly important now to “find out what initiatives and measures are being planned by the European Commission” in order to be able to coordinate the “respective contingency plans for a new mass influx”.

Among other things, Kickl called for “effective return systems”, “information campaigns and local capacity building”, for which there must be “much more” financial support from the EU.

“Refugees have a right to life in safety and dignity – but no right to freely choose their destination country,” he emphasized. Only a Europe that protects its borders can help those who really need protection, he said. 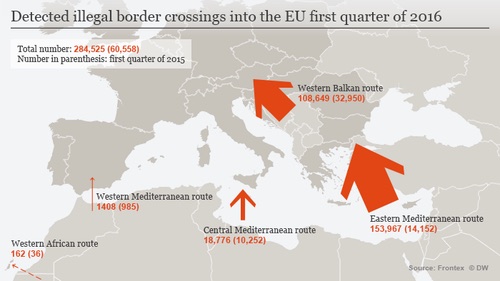 Thousands of migrants are already waiting on Europe’s southeastern doorstep (ER: see map for Eastern Mediterranean and Western Balkans routes), and many more can be expected, according to Kickl. “We all still remember the images of the mass immigration of 2015/2016. It would be irresponsible to twiddle one’s thumb and wait until tens of thousands of migrants are on the border.

“A political repair-and-patchwork mentality does not bring us anywhere in the EU — only a clear, proactive strategic approach. It’s about averting a new crisis rather than waiting for it to erupt.”

Masses from Turkey will be heading to Europe as the weather improves, he said. The Interior Minister also provided statistics regarding migrant arrivals and apprehensions to support his case:

Kickl underscored that Austria was “determined to take every measure necessary to prevent illegal migration”. He also requested cooperation from the governments of Turkey and the Western Balkans to stand firm and prevent “the onward journey of refugees and migrants”.

Austria has also extended its border controls for Hungary and Slovenia until at least the end of the year, the Austrian news agency APA reported.

The high number of illegals already in the country and a “latent threat of terrorism” as a result of returning Islamic State fighters were cited as the main reasons for the extended border control. The controls had been due to expire on May 11.

Although Austria is part of the Schengen zone, Austria, Germany and other European countries have nevertheless introduced emergency border checks.

While the EU Commission has called for “solutions” to restore “freedom of travel”, six countries within the zone, including France and Sweden as well as Austria and Germany, have continued extending controls citing security threats.

The Austrian Freedom Party (FPÖ) has meanwhile announced that it would join the Italian leader Matteo Salvini’s European election alliance, the party’s secretary-general, Harald Vilimsky, confirmed on Tuesday. Vilimsky made the announcement on Twitter.

On Monday, Salvini announced plans to form the largest group in the European Parliament by joining forces with anti-globalists across the bloc following next month’s election.

Published to The Liberty Beacon from EuropeReloaded.com 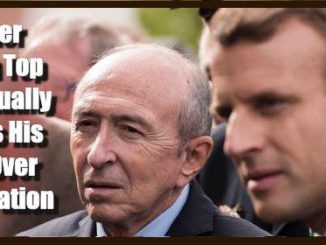