If you’re here reading The Liberty Beacon, chances are you already know that the mainstream media, or ‘pressitute’ media as Gerald Celente termed it, has little to offer the citizen beyond functioning as an echo chamber for whatever agenda our government lackeys and global corporate masters want us to buy into. But digging a little deeper, the situation is rather more sinister and complex.

Think, a recruiting scene from Homeland. 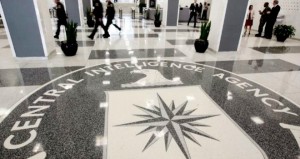 In an interview given to RT at the end of 2014 to promote his latest book, Bought Media. How Politicians, Intelligence and High Finance Control Germany’s Mass Media, Dr. Udo Ulfkotte explains how young journalists are subtly courted by the intelligence services through the cover of trans-Atlantic organizations. Explaining how Germany is still a colony of the US, he says,

“Being a colony, it is very easy to approach journalists through what is very important here is transatlantic organizations. All journalists from really respected and recommended big German newspapers, magazines, radio stations, TV stations – they are all members or guests of these big transatlantic organizations. You are approached to be pro-American and there is nobody coming to you and saying  ‘Well, we’re the Central Intelligence Agency. Would you like to work for us?’ No. This is not the case. How it happens, what they do, these transatlantic organisations, is they invite you for seeing the United States. They pay for that, they pay all your expenses and everything. So you’re bribed. You get more and more corrupt because they make you good contacts. You won’t know that those contacts are, let’s say, non-official – ‘non-official covers’ or officially people working for Central Intelligence Agency or other American agencies. So you make friends. You think they are friends and you co-operate with them. They ask you, ‘well, would you do me this favor? Would you do me that favor?’ And so you are more and more brainwashed through these groups.”

Journalists from a whole range of countries are subject to exactly the same practices including the UK, Israel, Australia, New Zealand, France to a lesser degree, Taiwan, Jordan, and Oman: “There are many countries where this happens, where you find people to claim they are respected journalists, but if you look behind them, you will find they are puppets on a string of the Central Intelligence Agency.” 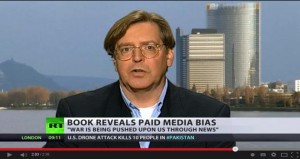 Ulfkotte, former editor of the prominent German daily Frankfurter Allgemeine Zeitung, was approached back in 2011 by an operative of the CIA’s sister organization, the Bundesnachrichtendienst or BND, to run a story about Gaddafi’s alleged attempt to build a poison gas factory. His complete lack of journalistic background for this story was no obstacle since he was provided not only with a dossier of ‘relevant’ information for the story but the very story itself. All he had to do was add his name. The piece ran worldwide two days later.

In fact, in a 2014 interview Ulfkotte revealed how, as a young student of Islamic Studies fluent in Arabic, he had been unwittingly recruited by some of his university professors, having been invited – or subtly pressured – to attend seminars on geopolitical topics where his expenses and travel were all taken care of. Encouraged later by one of his professors to work for the BND with the lure of a decent salary and car, he was immediately hired upon completion of his doctorate as a reporter by the Frankfurther Allgemeine Zeitung over a very large number of applicants. This despite having neither a degree nor background in journalism. Then began a career as a war correspondent, which took him freely to a range of countries in the Middle East normally restricted to western journalists, all with the backing of the western intelligence services including Mossad and MI6.

Non-compliance typically carries the threat of firing with little recourse in law. A helicopter pilot with Germany’s accident response unit, the Yellow Angels, discovered this the hard way when he refused recruitment to the BND only to find that the justice system backed up his employer’s decision to terminate him. In a surreal twist of logic, they deemed his refusal to co-operate with the intelligence services a sign of untrustworthiness. Ulfkotte himself claims to have had his house searched at least half a dozen times and has been accused of leaking state secrets by the German public prosecutor. At 55, with no children and a possibly terminal heart condition resulting from exposure to poison gas, he reckons there is little to lose by coming forward.

Ulfkotte’s book has since become a national bestseller, but German journalists aren’t allowed to report on the book for fear of losing their jobs.

Closer to home, Amber Lyon, former investigative journalist at CNN and Emmy-winner, discovered how the pursuit of US foreign policy quietly but forcefully trumps journalistic integrity. In 2011 during the Arab Spring, she and a team had been dispatched to Bahrain to cover the regime’s brutally repressive tactics against its own citizens only to find that, upon arrival, many of her sources had either disappeared or been arrested. Her own team had much of its evidence destroyed by government operatives, but some incriminating footage managed to be sneaked out. The 13-minute documentary that resulted from this – produced at unusual expense to CNN – was broadcast only once on the domestic network and not at all on CNN international (CNNi) thus depriving viewers in Bahrain, the target audience of the documentary, the opportunity to see their regime exposed. 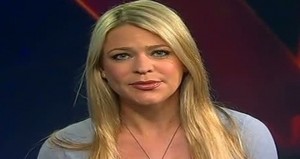 Back in the US, pressure was then put on Lyon by American PR companies employed by the Bahraini government as well as the government itself. CNN’s response meanwhile was to run what amounted to little more than propaganda segments promoting Bahrain as a progressive regime through its international arm, while requiring her to make corrective statements in her own reporting. Lyon and around 60 other employees were let go during 2012 as CNN disbanded its domestic investigative team, the most hardcore segment of the network according to Lyon. The pressure was stepped up on her personally when her agent was told by CNN she would lose her severance and medical insurance if she continued to speak out against the regime.

And the US foreign policy interest? The tiny islands of Bahrain house a key American naval base giving the US easy access from within the Persian Gulf to the Strait of Hormuz, a very narrow waterway which provides access to the Persian Gulf one way, and to the Gulf of Oman and out to the Arabian Sea on the other. A glimpse at a map reveals just how much landmass along the northern coastline of the Persian Gulf Iran occupies, placing the Strait of Hormuz largely in Iranian waters. To gain access to the oil-rich, pro-US middle eastern states on the opposing side of the Gulf, the world’s energy shipping and US military fleet are thus obliged to pass through this strategic bottleneck owned by Iran. A sovereign nation, Iran has often threatened to close up the Strait as it has the power to do under international law. That it hasn’t so far is simply a matter of good faith.

CNNi in fact frequently provides a paid voice for many abusive regimes supportive of US foreign policy interests. Says Lyon, “viewers are not being told that CNN is being paid by state regimes, some with horrific human rights records, to air content disguised as news which they’re often not even telling the viewers that this content was paid for by governments.” 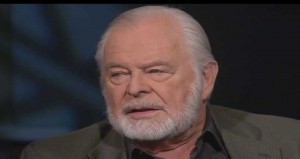 G. Edward Griffin paints a somewhat bleaker picture of the way our mainstream media operates, if indeed it could get any bleaker. Exactly the type of questions that should be dealt with are not, by design. The key issues boil down to two general areas. First, US foreign policy, which places the US at the center of a powerful world government where decisions affecting everyone – who will be living in a new technologized feudal class – are made at the very top. This takes us into the domain of the New World Order, which is beyond the scope of this piece. Second, the dominance of the banking system, which must be protected and advanced at all costs and bailed out when necessary. To these he adds a third in parentheses, the Middle East, where US foreign policy interests dominate. Despite recurring rhetoric of bringing the troops home and ending the war, the gameplan never changes, he argues.

Can America keep her sovereignty amid encroachment by the New World Order? Will the banking cartel, aka The Federal Reserve, be allowed to continue to run the US government? Don’t expect these to be addressed anytime soon. Newsgroup owners like Murdoch all have seats on the Council on Foreign Relations.

This is especially disturbing at present since respected commentators in the alternative media are talking about how Washington neocons are actively preparing for nuclear war with Russia, and how a one-sided policy of aggression and provocation toward Russia has been playing itself out for some time. Some are genuinely fearing Armageddon. It was Ulfkotte’s biggest concern back in 2012, having spent years watching established journalists cheerlead for bringing a new war into Europe. Meanwhile, the presstitutes continue to push a parade of ‘terror’ attacks down our throats to normalize an anti-Muslim message, which this writer firmly believes are mostly false flag events, while our puppet governments, vassals of the Washington neocons, call for more and more restrictions on citizens’ freedoms.

Pam Barker is a TLB staff writer/analyst based in France.  She has an extensive background in the educational systems of several countries at the college and university level as a teacher and administrator. 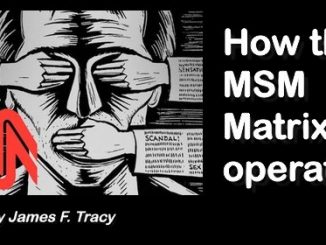 The CIA & the Media: 50 Facts the World Needs to Know

Vladimir Putin Declares War on the Straussians aka Neocons

EU: A playground for interference – but by whom?