“Sweden,” stated its government in November 2015, “has a feminist government. We place gender equality at the heart of both national and international work… The overall objective of the Government’s gender equality policy is equal power for women and men to shape society and their own lives. This is ultimately a question of democracy and social justice.”

Wait a minute. Shouldn’t women living under a “feminist government” be able — at a bare minimum — to leave their homes without the fear of becoming victims of sexual assault?

Unlike what the Swedish media has been preaching for years — that most rapes occur in private settings and are committed against victims who know already their attacker — the large majority of rapes are, in fact, committed in the public sphere by men who have never previously met their victim, according to Brå. Out of the 842 men sentenced for rape or attempted rape in the past five years, noted a report by Svt Nyheter (Swedish Television) 58% were foreign-born — from the Middle East and North Africa, southern parts of Africa and other places outside of Europe. When it came to men sentenced for attempted rape, as well as violent rape, where victim and perpetrator did not know each other beforehand, 80% of the men were foreign born and 40% had only been in Sweden for a year or less.

Getting the police even to file a report of an attempted rape against a woman is, to say the least, difficult — itself a sign that something is rotten in the “feminist” kingdom of Sweden.

In the little town of Deje in central Sweden, for example, an Afghan migrant, who lives at the migrant center in town, recently assaulted, knifed and attempted to rape a woman, Mikaela Blixt, as she was walking her dog in broad daylight.

The attacker first kicked Blixt’s small dog into the air, then forced Blixt to the ground and cut her hip with a knife. She managed to escape from her attacker, and made it home with her dog. Shocked and bleeding, she tried to report the assault to the police.

That effort proved almost impossible. When Blixt called the Swedish emergency services phone line, the police refused even to talk to her. They told her that as the attack was no longer in process, she would have to call the non-emergency number. “If you want to report the assault you will have to suffer a bit of a phone queue,” the policewoman warned her, according to Blixt. After spending nearly the entire day trying in vain to get through to the police on the phone, she drove the next day to the nearest police station in the neighboring town, where, 24 hours after the assault, police finally took the report.

After Blixt’s visit to the police station, she saw evidence of her sexual assault hanging outside the migrant center: the trousers her attacker had worn had been washed and hung out to dry, but may still have had traces of her blood on them. She notified the police, but they did not have time to come that day to secure the evidence. In fact, according to Blixt, the police did nothing, even though she knew where her attacker lived and could easily have identified him.

Blixt wrote about her experience on a local community Facebook page, in an apparent attempt to get in touch with another woman, who had been raped in the area two weeks earlier. Blixt’s post was shared thousands of times — which led the police to contact Blixt and admonish her that she was damaging their ongoing investigation, which, to all appearances, was not even slightly ongoing. The police also refused to publicize a description of the perpetrator, claiming, incomprehensibly, that the perpetrator might make the investigation “more difficult.”

Even though the police supposedly had neither the time nor the resources to attend to that attempted rape, they did show up in force when 80 citizens of Deje gathered in a demonstration in solidarity with Blixt and “against violence”. Two police patrols and a policeman in civilian clothes came to watch over the peaceful event and, once it had ended, charged its organizer with violating the public order. Apparently, he had not applied for permission to demonstrate. Swedish police have no problem with migrant rapists, but do not suffer unannounced peaceful demonstrations.

The Swedish mainstream media outlet, Expressen, wanted to interview Blixt, but, according to her, only on condition that she not mention that her attacker was an Afghan migrant.

What is disturbing is that the police seemed so studiously uninterested in finding and arresting the rapist — at least until her case went viral on Facebook. Only a week after Blixt was assaulted, three women in the neighboring town of Karlstad were raped on the same night. The next day there, a fourth woman was the victim of an attempted rape.

That police do not prioritize such cases of rape is apparently nothing new. In September 2017, Swedish police admitted that they do not have sufficient manpower to solve rape cases, even in those instances where they know who the rapist is. 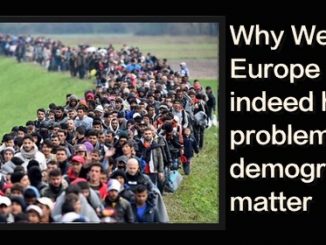 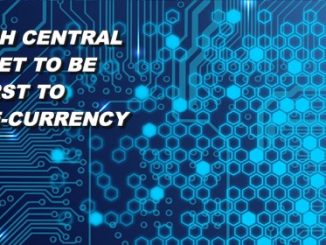 Sweden could be first with a national digital currency