Like Israel, Saudi Arabia and the United Arab Emirates have supported the Iraqi Kurdistan region’s push for secession in an attempt to “clip the wings” of Turkey, Iran and Iraq, a report says.

In an article published on Saturday, David Hearst, the editor in chief of the Middle East Eye (MEE) news portal, drew a parallel between Tel Aviv’s stance on the Kurdish vote and that of Riyadh and Abu Dhabi.

Only Israeli Prime Minister Benjamin Netanyahu publicly voiced support for what he called the “legitimate efforts of the Kurdish people to attain a state of its own.”

“From my personal point of view the PKK is not a terrorist organization, that’s how I see it,” Golan said.

According to the report, while Saudi Arabia officially called for the cancellation of the plebiscite, behind the scenes it supported the Kurds’ plans to split the Arab country and question the territorial integrity of its neighboring states.

The Saudi Royal Court reportedly dispatched a series of emissaries to encourage Kurdish leader Masoud Barzani to go on with his secession project.

Former Saudi military general, Anwar Eshki, was among those figures who explicitly said that working for the creation of a greater Kurdistan would “reduce Iranian, Turkish and Iraqi ambitions.”

“This will carve away one third of the territory of each country in favor of Kurdistan,” he reportedly said.

Eshki further told Russia’ Sputnik news agency that he believes “the Kurds have the right to have a state of their own” and claimed that Iraq had “gone far in marginalizing the Kurds.”

In July 2016, the ex-Saudi general paid a visit to Israel and met with a senior Israeli foreign ministry official and a number of Israeli parliament members.

Israeli daily Haaretz at the time described the visit as “a highly unusual one,” as Eshki could not have traveled to Israel without approval from the Saudi government.

A “reliable source” told the MEE that Barzani’s son, Masrour, who heads the Kurdistan Region Security Council, made a secret visit to Abu Dhabi just a month before the September referendum.

Emirati professor Abdullah Abd al-Khaliq published a map depicting what he called the future state of Kurdistan and called on Turkish President Recep Tayyip Erdogan not to penalize Iraqi Kurdistan because of its “democratic” referendum.

Meanwhile, an Iraqi official told The New Arab media outlet that Erbil had signed a “memorandum of understanding” with Ibtesam al-Ketbi, chairwoman of the Emirates Policy Center, to help organize the Kurdish vote.

The New Arab quoted another Iraqi official as saying that UAE Consul in Kurdistan, Rashid Al-Mansouri, had visited a polling station in Erbil. The UAE, however, denied the report.

ER recommends other articles by PressTV 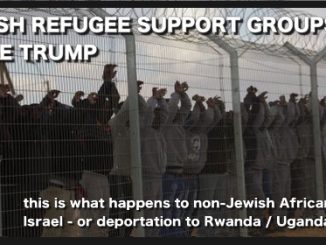 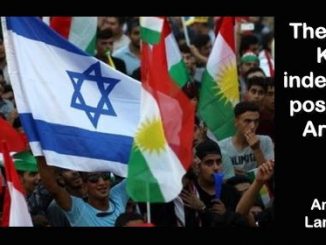 Why is Israel supporting Kurdish secession from Iraq? – Lamis Andoni 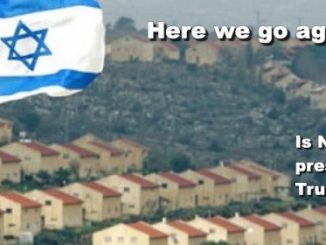