ER Editor: We also recommend this report from Mac Slavo on Russia’s threat to act if Georgia or Ukraine 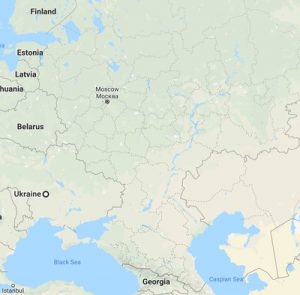 US withdrawal from the INF treaty would likely lead to intermediate-range nuclear missiles being positioned by the US in various European countries – with Georgia and Ukraine possibly being added to the mix – bringing a very real nuclear threat to Russia that it wouldn’t have sufficient time to respond to. Hence Russia’s consideration of using Cuba as an equivalent launch point for its own intermediate range missiles against the US mainland.

Putin and Trump are due to meet in Paris on November 11. 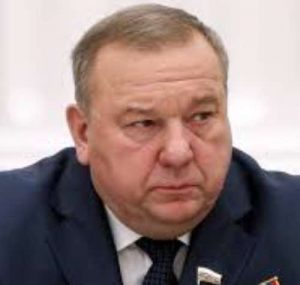 According to General Vladimir Shamanov (pictured), the head of the Russian lower house of parliament’s defense committee and a former airborne troops commander, with the US planning on walking away from the Cold War-era Intermediate-Range Nuclear Force (INF) treaty, Russia’s response should be in the “spirit of those times”, by reactivating Russian military facilities in Cuba.

The U.S. and Russia have accused one another of violating the agreement, but President Donald Trump has announced his intention to now end it, paving the way for new nuclear and conventional weapons systems at a time of heightened tensions, Newsweek reported.

“In order to strengthen our military presence in Cuba, we need at least the consent of the Cuban government. After all, this question is more political than military, and today, it’s probably premature to talk about any specific measures in response to a possible U.S. withdrawal from INF,” Shamanov told the Interfax news agency.

“Now the active phase of assessing this scenario is underway and proposals will next be prepared with estimates,” he added. 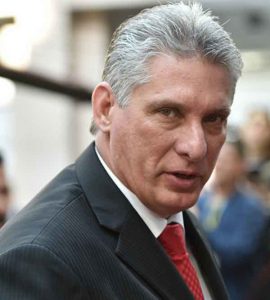 This issue may be raised when Cuba’s new president, Miguel Diaz-Canel (pictured), visits Russia in early November. Diaz-Canel, a fresh face of Cuba’s Communist Party, is wary of foreign military presence, but “politics is a living matter,” Shamanov said, adding that “Cuba has its own interests and it was hurt by US sanctions.”

The Russian politician went on to say that he would “not exclude” the prospect of a Russian military base in the Caribbean country coming up during these talks, which would also reportedly include a $50 million Russian loan for Cuba to buy weapons. Selected by his country’s National Assembly to replace 86-year-old Raúl Castro in April, Díaz-Canel will then go on to visit the world’s four other communist countries—China, North Korea, Vietnam and Laos.

The retired Airborne General had previously urged Moscow and Washington to come to terms and get back to reconciliation.

Last week, Shamanov himself told the official RIA Novosti outlet that “if we don’t stop now and don’t sit down to talk, then we could, in the long run, create conditions comparable to the Caribbean crisis.” That same day, Russian Senator Alexei Pushkov told the state-run Tass Russian News Agency that “the danger is that the United States is pushing the world to another Cuban Missile Crisis.”

The Cuban Missile Crisis was a major confrontation that brought the United States and the Soviet Union to the brink of nuclear war in early 1960s after a failed CIA-sponsored attempt to overthrow the Cuban government in 1961. During the standoff, Moscow stationed Soviet nuclear-tipped missiles in Cuba in response to the deployment of similar-class American missiles in Turkey.

While Trump initially entered office expressing hope for a rapprochement between Washington and Moscow, he has also called for an expansion of military might. Last week, he announced that he sought to pull out of the INF treaty, a measure that banned the deployment of land-based nuclear and non-nuclear ballistic missiles with ranges of 500 to 5,500 kilometers (310 to 3,420 miles).

The Kremlin has warned that such a move showed the U.S. was, in fact, working on weapons systems that would violate the INF and “if these systems are being developed, then actions are necessary from other countries, in this case, Russia, to restore balance in this sphere.” Other current and former Russian politicians have drawn comparisons to the Cuban Missile Crisis.

Recently, former Soviet General Secretary Mikhail Gorbachev, who signed the INF treaty alongside President Ronald Reagan in 1987, also cautioned of a new arms race erupting should the deal unravel. In April, he cited the Cuban Missile Crisis as he urged the U.S. and Russia to come together because military incidents between them “in today’s charged atmosphere can lead to big trouble.”

COVID-19 In Norway Can Now Be Compared To The Flu, Says Health Chief 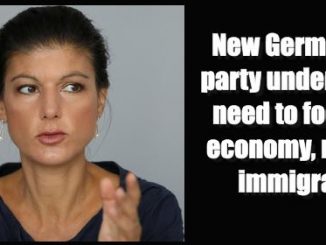