ER Editor: We remind readers that Boris Johnson’s original position to go for herd immunity and avoid lockdown – actually the correct response according to epidemiologists – was reversed in a rather draconian way after an intervention by our very own Emmanuel Macron, the Rothschild-Soros puppet. Here is the link to The Daily Express story, Did Macron force PM’s hand? Boris told French border would SHUT if no coronavirus response. It’s not difficult to discern who is really running the show here.

Since March, 21WIRE has consistently said draconian lockdown measures being pushed by countries like the UK, France, US and Canada – were ill-informed and not at all necessary in order to ‘contain’ the coronavirus. Moreover, we have consistently stated across many media platforms that these were not science-based decisions either, but rather political decisions taken by government officials as part of a mass-panic, alongside a parallel roll-out of a broader authoritarian agenda. For this, our publication and its contributors were attacked and marginalised by other media outlets and pundits who insisted this was a ‘conspiracy theory’ and that we should accept the government’s rationale for unprecedented lockdown policies and the suspension of democracy and civil liberties.

However, since then, a number of eminent experts have emerged who are also saying the same thing we were over the duration of this crisis.

Just today, we have learned that a leading UK professor of medicine from the University of Oxford, Professor Carl Heneghan (pictured), Director for Centre for Evidence-Based 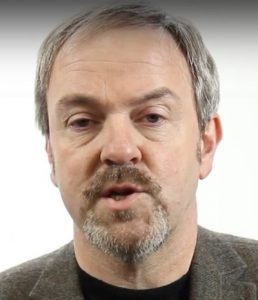 Medicine, has revealed how the peak of the UK’s coronavirus ‘crisis’ actually came a full week before Boris Johnson initiated lockdown on March 23rd.

According to Heneghan’s analysis, draconian measures were not necessary, as the data clearly showed how infection rates had already halved after March 16th.

This latest revelation is also a devastating blow to the popular political talking point that “the lockdown and social distancing stopped the coronavirus.” The data clearly shows that the virus had already made its way into the population and that, in the long run, the trajectory of its spread was already a fait accompli. In other words, the decision to shutdown the country was never based on actual science.

The Oxford professor also explains how government experts have been ‘consistently wrong’ throughout the crisis, and even revealed how UK ministers descended into panic, and appeared to have ‘lost sight of the evidence’ – as they rushed the country into a full national quarantine even though they had access to, and were being briefed with, accurate data which showed the crisis had already peaked.

Heneghan also stated that some of the non-lockdown states like Sweden have done well to ‘hold their nerve’ while eschewing popular ‘doomsday scenarios’ which were being pushed incessantly by governments and media in order to justify draconian lockdown policies. The Scandinavian country has recorded just 392 new patients and 40 deaths today, approximately 10 per cent of the UK totals. Britain’s diagnoses have not been announced yet.

In an interview with the UK Mail Online, Prof Heneghan stated:

“The peak of deaths occurred on April 8, and if you understand that then you work backwards to find the peak of infections. That would be 21 days before then, right before the point of lockdown.”

(Heneghan is referring to the delay between when a person is infected to when they will fall seriously ill, which is roughly three weeks on average)

“Consistent with previous analyses, the peak day of deaths was the 8th of April. The structure of the data is similar across the regions, with the peak in London on the 4th of April, four days ahead of the rest of the country, the 8th of April.”
– Carl Heneghan and Jason Oke, Centre for Evidence-Based Medicine.

He claims that if the Government accepts that deaths peaked on April 8, then it must mean that infections were at their highest around three weeks prior.

The figures do not relate solely to coronavirus but may be a good indicator because so few people were being tested for the deadly infection.

‘Guided by the Science’?

All along, the UK government, now led by caretaker PM Dominic Raab, has been telling the public that it’s being “guided by the science.”  While this may appear to be a slick soundbite, it hardly reflects the reality of the situation since early March.

“The UK Government keeps saying it is using the best science …  But it appears to be losing sight of what’s actually going on. We’ve been getting scientific advice that is consistently wrong,” said Heneghan.

“It has failed to look at all the data and understand when the peak of infections actually occurred.”

“Fifty per cent reductions in infections occurred on March 16, right when hand washing and social distancing was introduced.”

“If you go look at what’s happening in Sweden, they are holding their nerve and they haven’t had doomsday scenario. Our Government has got it completely the wrong way around.”

Sweden has been under fire in media and on social media by pro-lockdown activists who are insisting that Sweden is somehow ‘risking millions of lives’ by opting not to implement experiment universal quarantine policies. Rather than cave to media pressure and the advice of people like Bill Gates, Sweden has left most of its schools open, as well as its shopping, pubs, restaurants and public spaces. The government has also elected to advise rather than to enforce social distancing and common sense mitigation measures.

Professor Heneghan also criticised the UK government for its over-reliance on draconian ‘lockdown’ policies as its lone strategic approach, which now risks serious damage the country’s economy – panic-driven policy which could end up causing more casualties and suffering than COVID-19 itself:

“Look at our partners [in the EU]. They’re opening up again. We should be reopening society. We need to get a plan in place rapidly, we can’t wait three weeks then slowly open up.”

‘The second issue of lockdown is that it’s making the public scared to engage with healthcare.”

“People are avoiding going to GPs and hospitals because they believe there is so much infection there that they might catch it [coronavirus]. That’s really damaging.”

Mather’s work was derived solely from publicly available data from the World Health Organization (WHO). He remarked back on April 4th:

“We reveal a new slide which shows how the government had access to clear data demonstrating that long before the declaration of UK lockdown and even at the time of the Prime Minister’s March 3rd broadcast, the data showed that Italy, Germany, Sweden and the UK were all decelerating, leveling off, and then falling away in terms of the rate of growth of the contagion. The crisis was over though the contagion would continue until exhausted. It is as inevitable as a ball thrown into the air, slowing down, and coming back to earth.”

Nonetheless, despite all available data, the UK and other western governments, forged ahead and voluntarily imploded their economies and societies, as well as suspended democracy and basic rights of citizens. Across the western block, this has led to tens of millions of unemployed and hundreds of thousands of businesses destroyed as a result of the central government decrees.

Experts are also warning about the long-term health and societal impact and immeasurable number of avoidable deaths resulting from these government decisions, a legacy which will likely reverberate for years, if not decades.

When Profits and Politics Drive Science: Rushing a Vaccine to Market for a Vanishing Virus 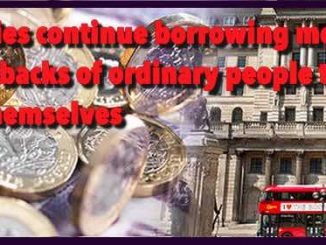