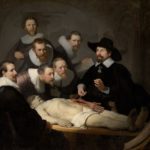 When social peace is based on people’s ability to believe in something they don’t actually believe in, paradoxical thinking prevails.

In 2006, above an article in the Financial Times, the following curious headline read: “The troubled cosmopolitan: how migrants enrich an increasingly concerned host.” While there is high unemployment among non-Western immigrants in Western countries, Western intellectuals still believe that overall non-Western immigration is economically beneficial to white European countries. Probably it was because of this conviction that the University of Amsterdam agreed to contribute to an extensive research on the cost or benefits of immigration.

After 3 years of extensive data analysis, the researchers published their results in a report called: “Boundless [sic] Welfare State” (ER: Check original title). The report examined the public cost, like social security, and public income, such as taxes, collected from immigrants. It turned out that especially non-Western immigration is a huge burden for Dutch society. Immigrants have cost the Dutch people 400 billion euros over the last few decades. If the Dutch state continues to accept more immigrants, the expenditure will only go up further. The report not only estimated the enormous burden of mass-immigration for the Dutch population, it also did away with the belief that education could elevate poor immigrants from Africa and Central Asia.

It came as no surprise that the academic community of Amsterdam was unhappy with the outcome. Facts are only facts, whether or not they are in line with the current political and religious convictions. That was as much the case in Galileo’s day as it is now. The report was produced with the full cooperation of the University of Amsterdam, which demanded that the researchers remove the university’s name and logo from the report and all references to the sponsor of the survey.

While a political party funded the report, the research was transferred to the University of Amsterdam at the request of one of the researchers to get access to the “micro data” from the CBS. It was contractually stated that the independent researchers were free, and none of the parties was allowed to exert pressure favouring a specific outcome. According to the project agreement, the University of Amsterdam is contractually ”responsible for the published results” and the report should be ”published under its own name”.

The report’s findings demonstrate that reality is at odds with the university’s wishful thinking and political ideas. The university threatened to deny an affiliated researcher access to its institutions if their demand to remove the name of the university from the report was not met.

These events show again that the scientific community has become highly ideologized. It prefers political correctness over fact finding and it bends reality to fit its own superstition. Science has become an ideological truncheon with which the general public is forced to comply with political alignment around immigration issues. 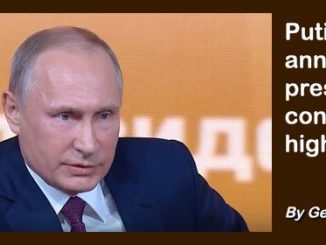 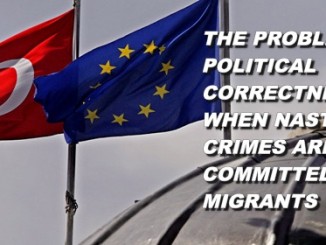